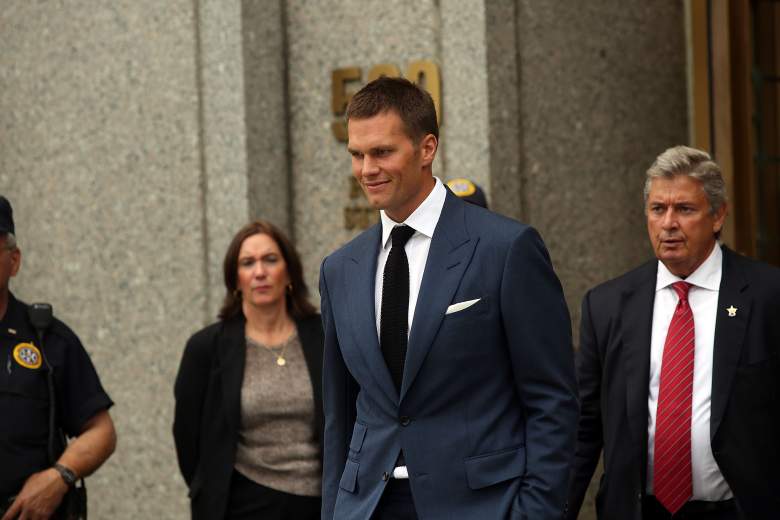 Quarterback Tom Brady of the New England Patriots leaves federal court after contesting his four game suspension with the NFL on August 31, 2015. (Getty)

The “Deflategate” controversy, which lasted well over a year until a resolution, brought into question the integrity of the New England Patriots franchise, quarterback Tom Brady and the NFL. After the 2014-2015 AFC Championship game, footballs used in the game were found to be “under the permissible” air limit according to NFL guidelines.

The pressure in footballs used in NFL games is supposed to be anywhere between 12.5 and 13.5 pounds per square inch when measured. The process the NFL used at the time allowed teams to use their own balls on offense.

The incident led to a long-lasting investigation that put all parties involved under scrutiny and ended with harsh penalties being placed on the Patriots and Brady.

Here’s what you need to know about “Deflategate”:

Following the ordeal and a long investigation led by the NFL, Brady received a four-game suspension for his role in “Deflategate.” The suspension was announced May 11, 2015 by NFL Commissioner Roger Goodell and was met with mixed emotions from players around the league.

In addition to Brady’s suspension, the Patriots’ first- and fourth-round draft picks were taken and New England was fined $1 million — the largest fine in NFL history.


2. Brady Appealed the Suspension Initially, but Ended up Serving It

#TomBrady #Tom #Brady #will #appeal #Monday #for #a #second #hearing #before #the #Second … https://t.co/s0HfE1Rx5d pic.twitter.com/VuKZWlpQHM

After the suspension was announced in May 2015, Brady appealed the decision to the league, but Goodell upheld the suspension after. But it wasn’t done there, as “Deflategate” moved to federal court.

In court in September 2015, a judge threw out the NFL’s four-game ban of Brady because of “legal deficiencies” in the process.

But the matter didn’t end there, as the NFL responded on its own terms and had the suspension reinstated for the 2016 season by the 2nd U.S. Circuit Court of Appeals.

After that final blow, Brady dropped his right to appeal the new decision once more and accepted the suspension. He served the suspension in the first four games of the 2016 season. 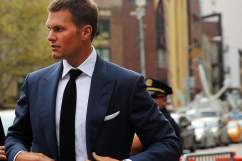 3. A 243-Page Report Was Released After Investigation

Once the incident took place during the AFC Championship game, the NFL tasked Ted Wells to lead the investigation of “Deflategate.” He had worked with the NFL following a bullying investigation between Richie Incognito and Jonathan Martin, both of whom played for the Miami Dolphins at the time.

Four months after the investigation started, the “Wells Report” was released May 6, 2015.

The report found that it was “more probable than not” that the equipment staff for the Patriots purposely tried to avoid NFL rules. Part of the report focus of the investigation was on the locker room attendant at Foxboro Stadium, Jim McNally, and John Jastremski, who was an assistant for the equipment staff.

The report speaks about a text conversation between the two where they joke about deflation and mention Brady numerous times. The report took into account various factors, such as the environment during the game and physics.

The “Wells Report” found tht the loss of air pressure in the football “may be accounted for by human intervention.” 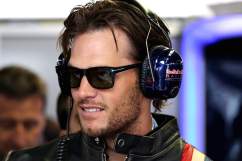 4. The Colts Contacted the NFL About the Footballs After the Game

Colts linebacker D’Qwell Jackson’s runs with the ball he intercepted during the AFC Championship game against the Patriots. (Getty)

The whole “Deflategate” matter started following the Patriots’ 45-7 win against the Indianapolis Colts in the 2014-15 AFC Championship Game.

While the Patriots were planning for the Super Bowl, the Colts announced they had notified the NFL that they suspected New England had been under-inflating footballs.

The controversy apparently started after Colts linebacker D’Qwell Jackson intercepted a Brady pass in the first half. Jackson gave the ball to a member of the Colts’ staff after the play, and he measured the pressure of the football. The ball appeared to be lower than the NFL’s range, and Indianapolis immediately informed the league of the incident.

At halftime of the game, the referees re-inflated the balls, and no issues were reported during the game’s second half.

5. The NFL Was Criticized For ‘Deflategate’s’ Handling

The NFL-led investigation and the suspension of Brady and Goodell was widely criticized by fans and writers.

A January 2016 article by the New York Times said that “no deflation occurred” and that New England was innocent.

Patriots owner Robert Kraft notably released a “defiant” statement about the NFL after the investigation and penalties were handed down. Kraft said in the statement:

Throughout the process of this nearly four-month investigation, we have cooperated and patiently awaited its outcome. To say we are disappointed in its findings, which do not include any incontrovertible or hard evidence of deliberate deflation of footballs at the AFC Championship game, would be a gross understatement. In addition, given our level of cooperation throughout the process, I was offended by the comments made in the Wells Report in reference to not making an individual available for a follow-up interview. What the report fails to mention is that he had already been interviewed four times and we felt the fifth request for access was excessive for a part-time game day employee who has a full-time job with another employer.

The American Enterprise Institute also released an independent analysis of the matter, finding that the “Wells Report” was “deeply flawed.” It concluded that it was unlikely that the Patriots played a role in deflating the footballs.

The incident continued to draw much criticism for its length, findings, and process in coming to a conclusion. 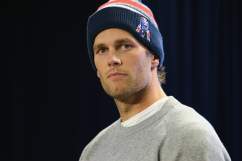