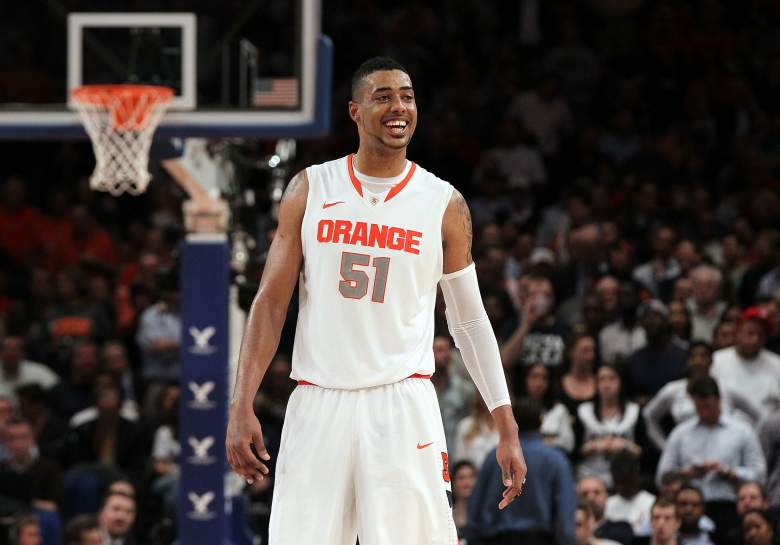 According to The New York Times Adam Zagoria, Fab Melo has passed away at the age of 26 in his home country of Brazil. Melo was a standout college basketball player at Syracuse and had a brief stint in the NBA with the Boston Celtics.

The cause of death is still unknown, but a Business Insider report suggests that Melo had a heart attack. The reports stem from tweets like the one below out of Brazil.

“After 26 years, the Brazilian pivo wing Fab Melo was found dead in his house in judge of outside. The cause may have been a heart attack.”

ESPN Brazil’s Everaldo Marques shed some light on Melo’s death in a series of tweets.

When translated from Portuguese, the tweet reads: “Shocking death of Fab Melo, found dead at home this morning. Lived with his mother and two sisters, went to sleep last night and never woke up.”

“Everything at this point is speculation, but as Fab Melo went to sleep last night and never woke up, the stronger hypothesis now is heart attack.”

The Celtics selected Melo in the 2012 NBA Draft with the 22nd pick. Melo only played in six NBA games with the Celtics during the 2012-13 season. He averaged 1.2 points and .5 rebounds.

Melo played two seasons for Syracuse before leaving for the NBA. He averaged 4.9 points, 3.8 rebounds and .5 assists over his college career. He had a great sophomore season averaging 7.8 points, 5.8 rebounds and 2.9 blocks. Melo had exceptional size at 7’0″, 255 pounds.

“He was a really good kid, and it’s not fair that he will be defined by one thing: a 10-page paper. He worked his tail off to become a really good player and was a nice kid. We don’t know the cause yet. It’s so hard right now, so hard to believe. It’s a sad, sad day,” Boehim told ESPN.

“Imagine as a 17-year-old you packed your bags and flew to Rio de Janeiro, Brazil, to pursue your lifelong dream, not knowing any Portuguese, not knowing what school or life in Brazil was like, and you did it without your parents or any kind of adult supervision. How do you think you would have done? Personally, I would have folded,” Ross told the Portland Press Herald.

Here was Twitter’s reaction to the tragic news:

I worked out Fab Melo a lot when he went pro. An extremely genuine person with lots of positive energy. Sad day.

Seeing reports Fab Melo died. So young? Feels like he was at Syracuse yesterday. 1st round draft pick of the Celtics. RIP pic.twitter.com/8KqSqyjz0D

Reporter from Brazil saying Fab Melo's cause of death is suspected to be from a heart attack. At age 26. Terribly sad. https://t.co/7oPl31bIfC

Read more about Fab Melo in Spanish at AhoraMismo.com: 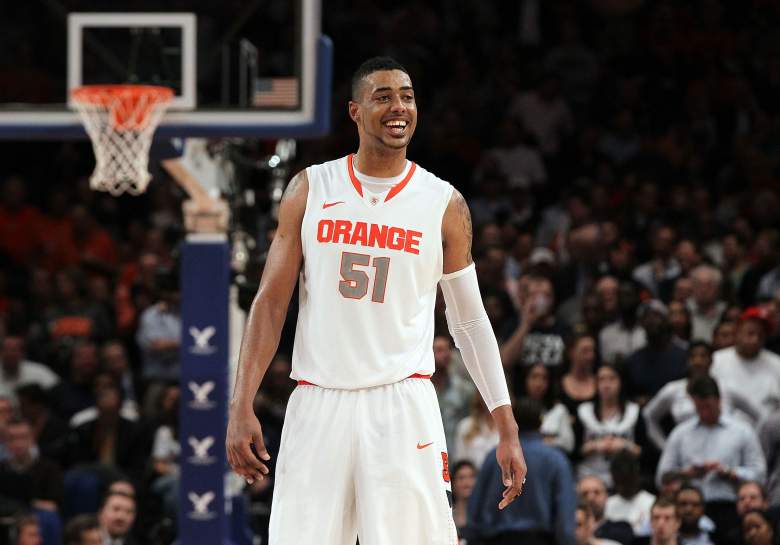 Read More
Basketball, NBA
Former NBA player Fab Melo has passed away at 26. Find out the details of the tragic death.