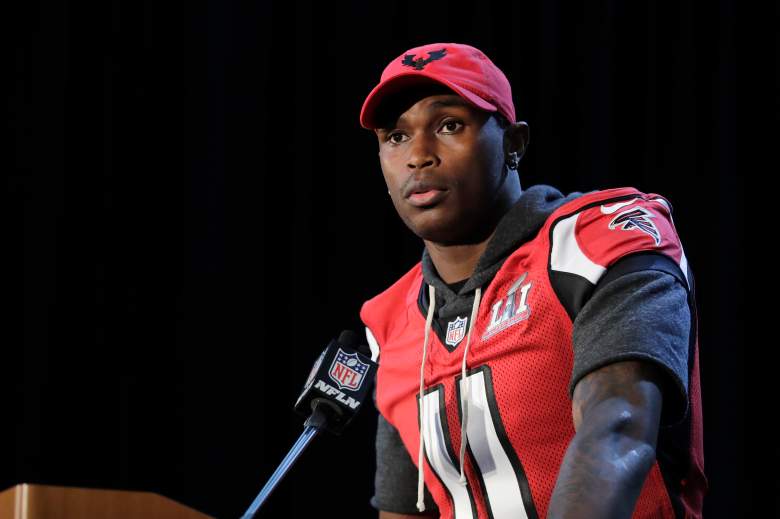 After six seasons with the Atlanta Falcons, wide receiver Julio Jones is finally playing in his first Super Bowl. Jones has been picked for the Pro Bowl in four of those six seasons, only missing the Pro Bowl in his rookie year in 2011 and after injury-plagued 2013, when he only played in five games. Jones was bothered by a toe injury, but he will still play in Super Bowl LI, giving the New England Patriots defense a challenge.

The 28-year-old Jones, who was drafted by the Falcons in the 2011 Draft with the sixth overall pick, is on Instagram at juliojones_11. He uses the same handle on Twitter.

There’s no confirmation on who Jones is dating. However, he was once seen at an NBA game with a singer named Jasmine Villegas. However, there is nothing to link to the two on social media.

Here’s a look at Jones’ life and career.

1. Jones Was Born in Alabama & Attended the University of Alabama, Winning the 2009 BCS National Championship 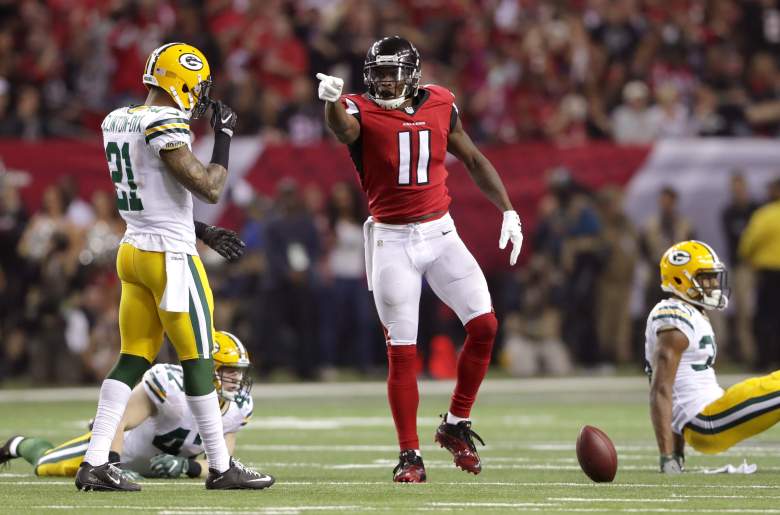 Jones was born in Foley, Alabama, where he also attended Foley High School. He was a standout there, catching 75 passes for 1,306 yards in his junior year. He also played basketball and track & field. He was the Alabama state champion in the long jump and triple jump in 2006 and 2007. Jones was considered such a top-level recruit that his decision to sign with the Alabama Crimson Tide was covered live on ESPNU.

While at Alabama, Jones continued to live up to his potential. In the 2008, 2009 and 2010 seasons, he amassed 2,653 rushing yards on 179 receptions, with 15 receiving touchdowns. He was SEC Freshman of the Year after his freshman year.

During his sophomore year, he helped the Tide finish a perfect season, and played a key role in the 2010 Citi BCS National Championship Game after the 2009 season.

Jones opted to skip his senior year, and declared himself eligible for the 2011 NFL Draft. 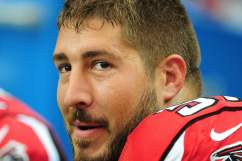 2. Jones Credits His Mother Queen Marvin as the Most Influential Person in His Life 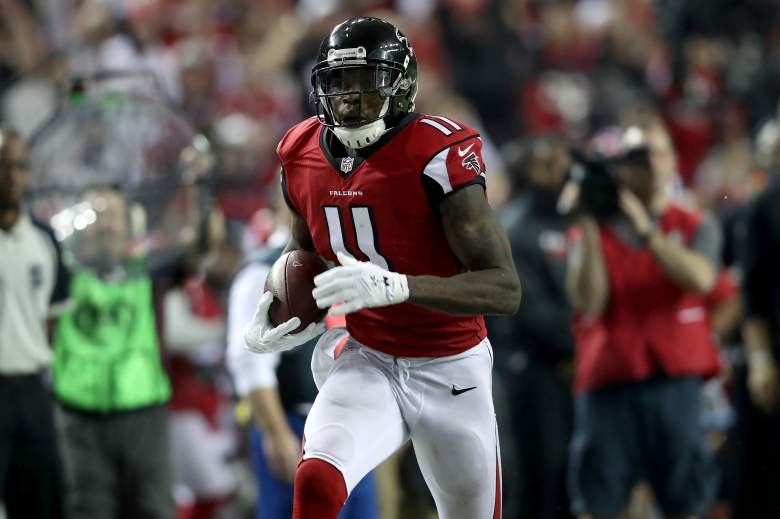 Jones’ mother, Queen Marvin, is the most influential person in his life. However, he was just as important for her. Jones also has a older brother, Phillip.

Phillip, whose arm had to be amputated after he was the victim of a gunshot in May 2014, told USA Today that Jones has been athletic since he was 5 years old.

“He has been doing that since he was 5 years old,” Phillip said of his brother’s great performance in the NFC Championship game against the Green Bay Packers. “It is normal for him. It didn’t surprise me. They don’t know how to stop him because he’s too good. He is two steps ahead of you. It has always been like that. They can try. Good luck with that.”

Marvin said that whenever Jones has a great game, it helps lift Phillip’s spirit.

“They are brothers and they were always together,” Marvin told USA Today. “You can see what it does for him when Julio makes a run and a catch or something like that. It makes him happy and it makes all of us happy. He can feed off the excitement a little bit.”

Phillip told USA Today that he doesn’t expect his brother to be effected by the magnitude of the Super Bowl. “To him it is just another game to do what he always does. He just plays the game, every game is the same to him,” he told the site.

3. Jones Is Doesn’t Think His Injured Toe Is Bothering Him Any Longer 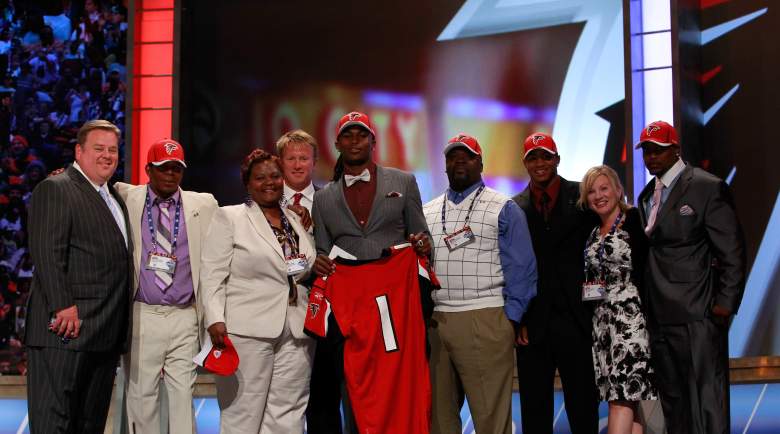 Julio Jones (center, holding the #1 jersey) with his family at the 2011 NFL Draft. (Getty)

Jones missed two games in December has had lingering problems with a toe injury. He was limited in practice on the Monday before the Super Bowl, but by February 1, he said he was feeling much better. He didn’t expect the toe injury to be a concern.

“We’re going to ramp up practice. We’re not going to make (practice time) up. Just basically going back to normal practice for me. That’s it, though. I’m not limited anymore,” Jones told NFL.com. “It’s been the same for a while now. It’s good to go.”

Despite the injury, Jones excelled in the NFC Championship Game against the Packers, with nine receptions for 180 yards and two touchdowns. He finished the regular season with 83 receptions and 1,409 receiving yards, and six touchdowns. 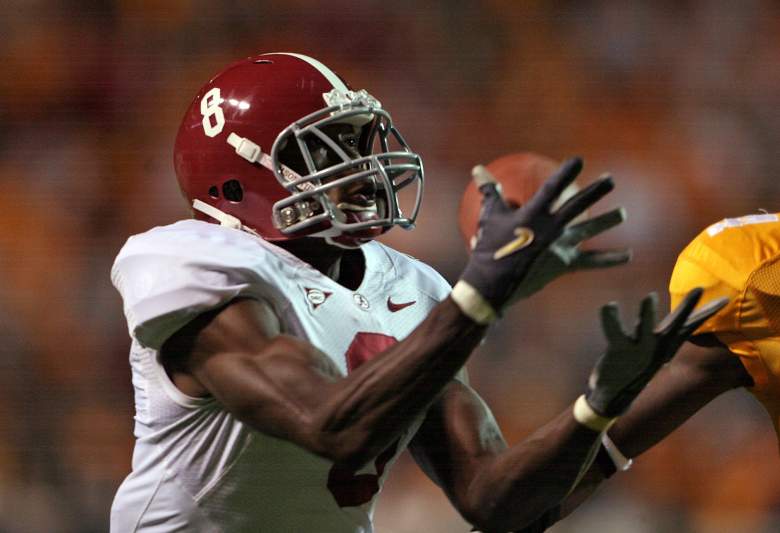 Jones’ full legal name is Quintorris Lopez Jones. The nickname “Julio” comes from a deceased friend of his mother’s and he told the Press-Register that he’s been called that since the seventh grade.

Jones’ mother re-married after his father left when Jones was just five years old. She worked overtime to make sure that Jones wouldn’t want anything and would avoid trouble like his older brother.

“She was strict,” Jones told the Press-Register. “But she was just trying to teach me right from wrong. The neighborhood I came from, there was a lot of violence and people selling dope. She just tried to keep me straight and keep me level-headed.”

He said he was a “mother’s boy” until he was 16. “Everywhere she went, I went,” he told the paper. But he always knew that he was going to make it in whatever line of work he chose. His mother told him to “stay positive, stay humble and just do the best I can do and whatever I do – even if it’s not football – I thought I’d be successful.”

Profiles on Jones by Vice and Bleacher Report both include a story about a high school basketball game between Jones’ Foley High School team and the LeFlore High School team, which featured future NBA player DeMarcus Cousins. 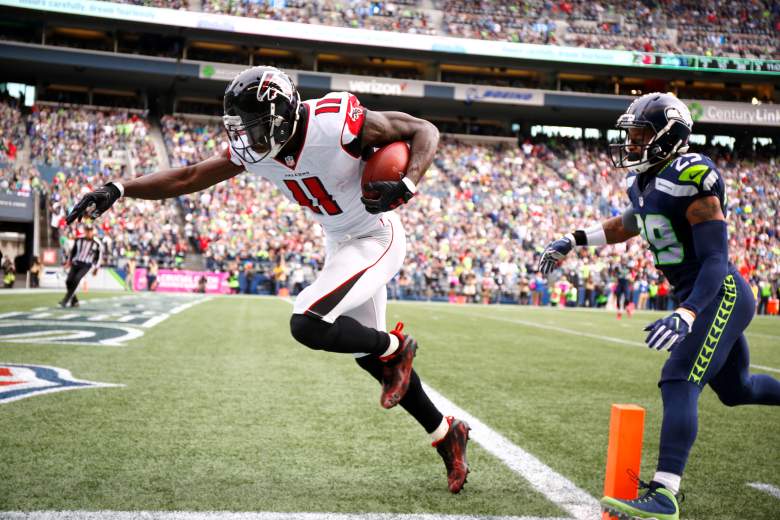 The story goes that during the playoff game, a Foley guard missed a three-pointer, which then ricocheted off the basket and high into the air. The radio announces thought that the ball would land at half court, but Jones jumped up to grab the ball and dunk it in. “Like he’s coming down from the rafters. He just grabs it and slams it home,” the announcer says in the call obtained by Bleacher Report.

Vice reports that there’s conflicting stories about the scene, with some not clear if Cousins was on the court or not at the time. But the truth is that Jones showed incredible athletecism that day.

“They had to stop the game for like three minutes to get the crowd settled. They were so hyped up about Julio’s dunk,” Clark Stewart, who called the game for the local radio station, told Vice. 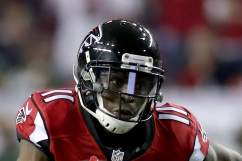