Justin Bieber starred in T-Mobile’s Super Bowl ad this evening. So did the dynamic duo of Martha Stewart and Snoop Dogg.

In T-Mobile’s second ad, Martha Stewart and Snoop Dogg make weed puns. Snoop says, “Might even say it’s all that and a bag of–“, before Stewart pipes in, “Herb-roasted lamb chops?” She then tries, “Greenery?”… “Pot?” Stewart offers up “Can of bisque?” before Snoop says, “Maybe.”

T-Mobile tied with Anhsuer-Busch tonight for the most advertising time during the Super Bowl. Tonight isn’t the first time Gronkowski and T.O. have appeared in Super Bowl ads– both have starred in other Game Day ads. Gronk is featured in this year’s Tide commercial, and TO was part of Wix’s 2015 commercial. T-Mobile’s spot, titled #UnlimitedMoves, is a minute long, and includes Bieber (the ‘Celebration Expert’) talking about his favorite moves, like the “Shimmidy Sham Sham Shummidy Shake”.

The commercial also marks Beiber’s return to Instagram. The 22-year-old quit the app in August of 2016 after a spat with his ex, Selena Gomez, calling it “the devil”, but posted his T-Mobile commercial upon his return last week. He captioned the post, “Let me see your #unlimitedmoves.” 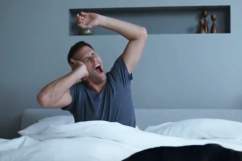 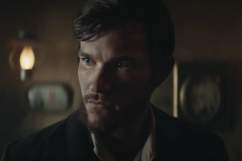