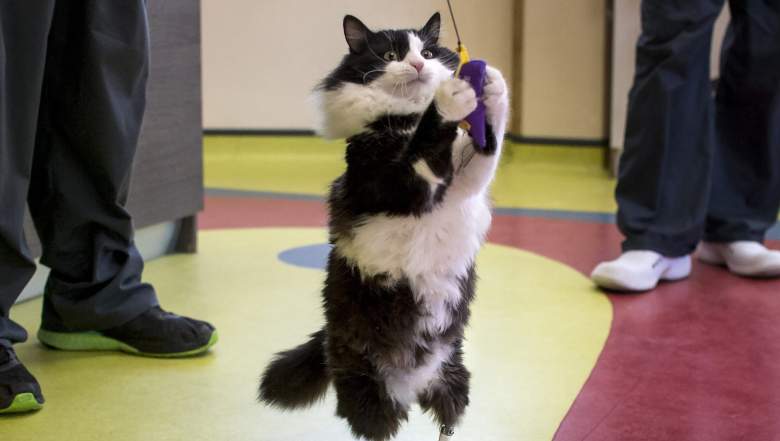 While everyone is prepping for the Super Bowl today, some are getting even more excited to watch the Kitten Bowl IV.

Click here to watch a live stream of the kitten bowl.

The Kitten Bowl pregame show will air from 12 to 12:30 ET, the playoffs will take place from 12:30-2pm ET, and the Championship Game will happen from 2-3pm ET. In the championships, two feline football leagues will go whiskers to whiskers to win the title of Kitten Bowl IV Champions.

The event will be hosted by TV personality, author, and animal advocate Beth Stern, who will be joined by Award-winning reporter Mary Carillo. According to Hallmark, the Kitten Bowl has resulted in the adoption of thousands of cats across the country, and “helps showcase the plight of homeless animals and the beautiful pets available for adoption through local shelters.”

In an interview with the Hallmark channel, Stern says that after hearing about the kitten bowl, she contacted North Shore Animal League America and asked if they thought they could round up enough cats for the kitten bowl. NSALM is the world’s largest no-kill rescue, nurture, and adoption organization, and Stern has volunteered with the group for ten years. The kittens part of today’s kitten bowl are from North Shore Animal League America– over 70 felines will participate in today’s event, and all of them will be adopted. 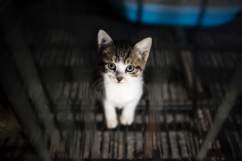 Read More
Super Bowl, Super Bowl 2017
It's the 2017 Kitten Bowl IV. Get the details on how to watch the bowl online, using the live stream.