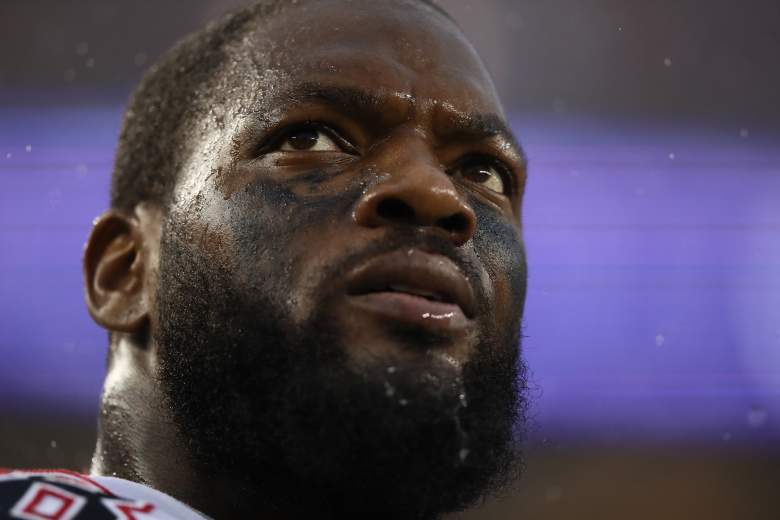 Since Rob Gronkowski has been missing for most of the 2016 season, the New England Patriots have had to rely on veteran tight end Martellus Bennett. The 29-year-old San Diego native has been in the league since 2008 and was traded to the Patriots in the 2016 offseason. Super Bowl LI was his first Super Bowl appearance and it ended in miraculous fashion with an incredible comeback.

In the game, Bennett had five receptions for 62 yards, including a 25-yard catch. However, the biggest play he was involved in was in overtime, when Tom Brady tried to throw him the game-winning touchdown. Bennett dropped it because of pass interference from the Falcons, which set up James White’s two-yard run for the game-winning TD.

Before joining the Patriots, Bennett was drafted by the Dallas Cowboys in the second round of the 2008 draft. He stayed in Dallas until 2012, when he signed with the New York Giants for a year. He spend the 2013, 2014 and 2015 seasons with the Chicago Bears.

Bennett’s older brother, Michael Bennett, is a defensive end for the Seattle Seahawks. He is married to Siggi Bennett and the couple have a daughter named Austyn Jett Rose. You can follow Bennett on Instagram at @martellusb and his wife at @siggib.

Bennett finished 2015 with 55 receptions, 701 receiving yards and seven touchdowns. In his nine-year career, he’s had 403 receptions for 4,287 yards and 30 touchdowns.

Here’s a look at Bennett’s life and career.

1. Bennett’s Wife is the Co-Founder of a Baby Clothes Fashion Brand & They Met at an Usher Concert

In a 2012 interview with The New York Post, Bennett explained that he and his wife Siggi met at an Usher concert afterparty in 2008, when Bennett was still playing in Dallas.

Actually when I went to an Usher concert, which is probably the best place to meet women … I was just at The House of Blues, somebody called me to go to like the afterparty and I went up there and she happened to be in town from school ’cause she went to Sarah Lawrence here in New York, so we met then.

He described his wife as a “very intelligent, outgoing, funny, stylish, caretaker. She’s a brilliant person.”

Siggi is the co-founder of Halfsies Kids, a fashion brand for children. The couple have a young daughter named Astyn Jett Rose.

The couple told Chicago Parent in 2014 that Siggi picked Austyn and Bennett picked Jett. “I wanted to give her options. She’s probably gonna go through phases, so Austyn is her masculine name. Jett is the bad ass name and Rose is delicate,” he explained. 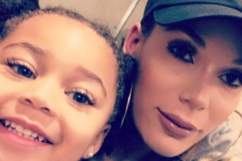 2. He’s No Fan of Donald Trump & Plans on Skipping the White House Trip to Honor the Patriots

While Tom Brady and Bill Belichick are fans of President Donald Trump, Bennett is clearly not. After Trump won the presidency, he wrote a lengthy open letter to his daughter, telling her that she should still be able to succeed in a world under Trump.

“Daddy how will this effect my future?” Jett, I’m not totally sure my love. You’ll be 7 in four years, you’ll be in the 2nd grade. Your mom and I have a lot of work to do. We will continue to teach you How to love, accept others for who they are, think for yourself, help others in need, achieve what the world deem impossible. It’s ok for you to color outside of the lines. I will continue to encourage other kids as well because they’ll impact your future directly. The world will one day be all of yours, no time to wait training starts now. So unfold your arms and reach for the stars because if anyone can touch them it’s you. Don’t be afraid of your tomorrows, make the most of your todays. Training starts today. So stand up you’re a GIANT!! You deserve a world full of color, wonder and dreams. Let’s color the world together, your dreams are my dreams. Together we can be the change we wish to see in the universe. We have a lot of work to do, but I think we will have help. I am very proud of you! This is a huge weight to put on your shoulders but don’t worry about that I’ll always be here to spot you. Training starts today. I love you. Now Let’s go! #theimaginationagency

On January 31, Bennett told reporters that he would probably not go to the White House if the Patriots won Super Bowl LI.

“I don’t know. I’ve got to win the Super Bowl first, but most likely no,” Bennett told the Detroit Free Press. “Cause I don’t – that’s not – I don’t support the guy that’s in the house.”

After the game, Bennett confirmed that he will still not go to the White House. He also doesn’t care what owner Robert Kraft thinks about that.

Patriots TE Martellus Bennett said he will not go to the White House to honor Super Bowl win. Not worried about what his owner thinks.

3. Bennett Has His Own ‘Imagination Agency’ Company, Which Makes Children’s Content & Books 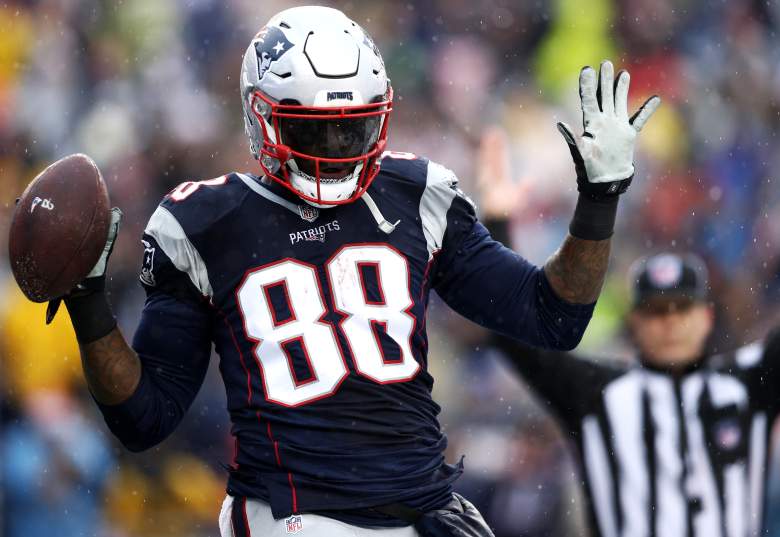 When Bennett played his first game with the Patriots on Sunday Night Football, he famously said he represented “The Imagination Agency” instead of his alma mater, Texas A&M. So what is the Imagination Agency? It’s a production company Bennett started that makes kid-friendly content. Bennett even wrote a book, Hey AJ, It’s Saturday, for children. The company is also behind an app and animated shorts.

In an interview with Patriots.com, Bennett said he oversaw every part of the book’s publication.

“It’s really cool. It’s a long process from picking out the paper to making sure the ink is right, from creating characters to editing the story, but bringing those ideas to fruition is one thing,” Bennett told Patriots.com. “A lot of people have ideas, but completing ideas is something that is very rare, so I’m very excited about that … When I started the company, I just wanted to make things and tell stories, so whether it’s films, cartoons, apps, books, I just like to make stuff. I have all these stories that need to be told.”

4. Bennett Declared for the 2005 NBA Draft Out of High School, But Decided to Go to College

Bennett almost became a basketball player, after playing the sport at Alief Taylor High School in Houston. He was also great at football and chose Texas A&M if he went to college.

After graduating high school, he declared himself for the 2005 NBA draft, even though he didn’t have an agent. However, he decided that if he wasn’t going to be drafted in the first round, he’d go to college instead. In the above TMZ interview from 2015, he said his mom wanted him to go to college. Bennett played both basketball and football in college.

In a November 2016 interview with WEEI, Danny Amendola, who played with Bennett in Dallas, described Bennett as “LeBron [James], if LeBron were playing football. He’s an athlete.”

Bennett did a workout with the Seattle SuperSonics before the 2005 draft and scouts project that he wouldn’t be drafted in the first round. As NorthJersey.com noted in 2012, Bennett liked to say that he hit 67 consecutive jump shots in the workout.

5. He Was Once Fined $22,000 For Rapping in a Profanity-Laced YouTube Video

Back in 2009, the Fort Worth Star-Telegram reported that Bennett was fined $22,000 for making a YouTube video that included profanity. Bennett and a friend rapped to the song “Get Money” and made references to Tony Romo, Jason Witten and Jerry Jones. The video was then pulled from YouTube, ESPN reports.

Bennett has recorded music in his off-time. He’s part of the duo Marty & Shaud, which recorded an album called Fast Food in 2014. He also released a mixtape on Twitter called Year of the Orange Dinosaur.

Bennett also appeared in a Vice story that called him the “weirdest dude in the NFL.”