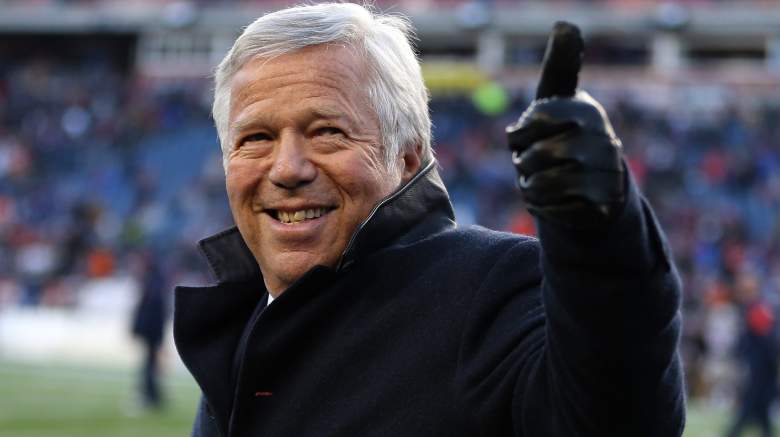 Here’s everything you need to know about the 75-year-old’s monetary worth: 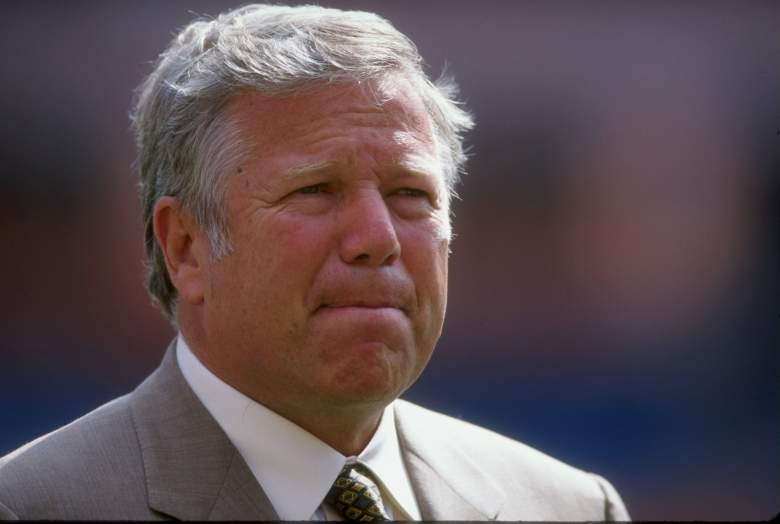 Kraft, who graduated from Columbia University and received an MBA from Harvard Business School, started his first post-college job at Rand-Whitney Group, a packaging company that was owned by his father-in-law.

By the time he was 27, he had purchased the company through a leveraged buyout, and just four years later in 1972, he started International Forest Products (IFC), a manufacturer and trader of paper.

“At the time, I believed that global economic expansion would be a natural by-product of improved global transportation infrastructure, the development of information technology, and the advancement in communications,” Kraft wrote in the foreword in Shaking the Globe: Courageous Decision-Making in a Changing World.

In June of 2016, IFC was ranked sixth among the top 100 United States Exporters, according to The Journal of Commerce.

Kraft eventually started The Kraft Group, a holding company comprised of the Rand-Whitney Group, the IFC, the Patriots and several other businesses. For those wondering, it doesn’t include the food.

2. His 1st Sports Franchise Was a Tennis Team

Long before he would buy the Patriots, Kraft first entered the world of professional sports ownership in 1974 when he and a group of five others bought the Philadelphia Freedoms of World Team Tennis. They soon thereafter moved the team to Boston and re-named it the Boston Lobsters.

“I love tennis, and if I’ve done anything right in the NFL, I think part of it was having the learning curve and the experience of owning a team in the 70’s,” he said.

After a couple years of struggles, Kraft and Co. brought in Roy Emerson as coach and Martina Navratilova–who had just won Wimbledon and was No. 1 in the world–as the star player, helping them reach the league finals.

With the league struggling in the late 1970’s, though, Kraft ultimately made the decision to end the team’s operations.

“We actually were making good money, but you’re only as good as your partners in a league like that, and six or eight teams were losing money,” said Kraft. “And rather than let the team go bankrupt, I paid every obligation we had and just shut it down. So, that told me something about if you’re going into the sports business, and it’s a partnership, you want to be in a very solid league.”

Interested in purchasing the Patriots since the 1980’s, Kraft was able to buy Foxboro Stadium (then named Sullivan Stadium) out of U.S. Bankruptcy Court for $25 million. More importantly, it came with a lease that kept the Patriots in Foxboro until 2001.

Over the next couple of years, the team had two separate owners, Victor Kiam and James Orthwein, who both had plans of moving the team. Both times, however, Kraft refused to sell the lease, turning down what at the time seemed liked a generous $75 million offer from Orthwein.

Finally, in 1994, Kraft purchased the team from Orthwein for $172 million. As he recalls, he received some flak from his wife at the time:

I told her the economic price is $115 million, but I might go to $120 or 122 million. And then I went out to see Orthwein and I paid $172 million, which was the highest price ever paid for any sports franchise anywhere in the world. And I’m an OK businessman. And I think my wife thought I was pretty sound most of the time. But here I came and offered 50% more of what I told her it was worth in less than 24 hours. So when I came back, she was like, ‘Is the summer house in my name?’ It was the only time in our marriage.

It worked out pretty well, though. Per Forbes, the Patriots are now worth $3.4 billion, or nearly 20 times the amount Kraft paid for them.

4. He’s the 6th Richest Owner in the NFL 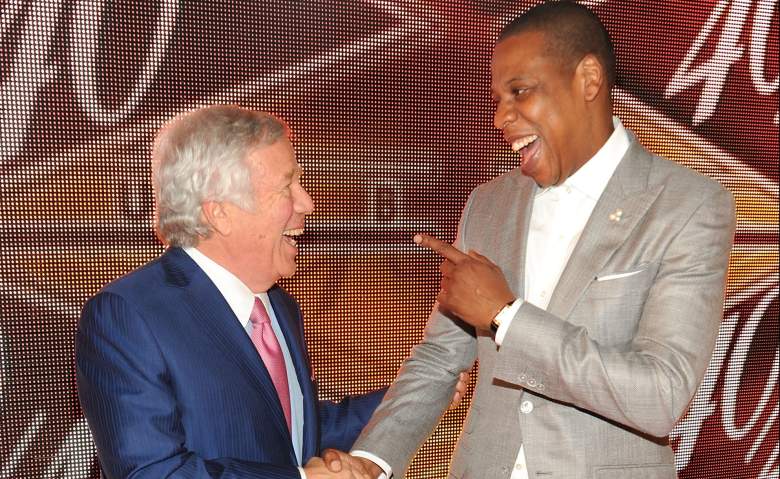 In case you weren’t aware, the NFL is full of rich owners.

Just two years after buying the Patriots, Kraft founded the New England Revolution, one of the 10 original clubs of Major League Soccer.

According to Forbes, the Revs are valued at $185 million, ninth highest in the league.

Read More
New England Patriots, NFL, Robert Kraft
Robert Kraft has come a long way since buying the Patriots in 1994. Here's everything you need to know about his net worth and how he got it.