After a soccer star’s Instagram was hacked, saucy messages between him and U.S. fitness model Harriet Kauffman were leaked. The hacking into Steven Caulker of Queens Park Rangers’ account occurred on February 19. There, the public was treated to private WhatsApp messages between him and Harriet Kauffman. The conversation begins with Kauffman pitching a business idea to Caulker to which he doesn’t respond. Caulker later wishes Kauffman a happy birthday. Then, things get lewd.

That discussion concludes with Kaufmann saying, “If you ever come to NYC and you’re still single I’ll come spend a night with you. Hard for me to resist tonight but think you were a little drunk haha. Didn’t want you to regret anything! But enjoy these videos while you’re single and text me if you come to NY. Would still love to be naughty with you one night.” She goes on to send Caulker some raunchy videos.

According to her LinkedIn page, Kauffman was born in London and moved to the USA in 2009. Her page describes her as a “world traveler, innovator, and creatively driven, with a degree in Film & TV Acting at the New York Conservatory for the Dramatic Arts.” That page gives her job as a social media strategist and says she works for NFC Amenity Management.

Her Backstage.com page details various music video, model photo shoots and indie movie appearances she has made. That page describes her ethnicity as “Middle Eastern.”

The leaked messages from the Caulker affair indicates that she was back in London early in February 2017 for her birthday, via 101 Great Goals. 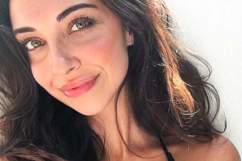 Read more about Harriet Kauffman in Spanish at AhoraMismo.com: 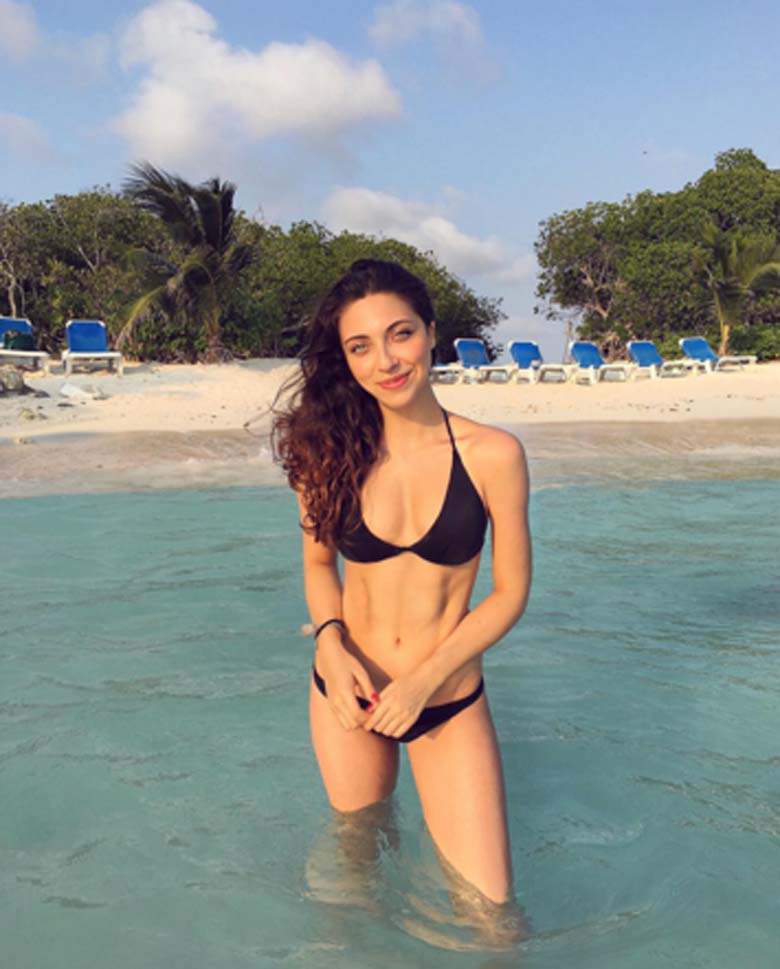 One leaked message posted on Caulker’s page read, “I’m a dirty cheat and I’ve broken a poor girl’s heart.” After the hacking, The Sun began publishing a series of articles focusing on Caulker’s personal life.

On February 23, Caulker finally had enough and published a lengthy statement to his 70,000 Instagram followers. It read:

After trying for 3 days not to rise to the bait, we are both fed up and appalled by the lies spread by the national media.

Firstly, ‘my’ stay in the hotel was alongside Lauren which the highly unprofessional hotel staff failed to mention.

The reason for our stay was to get away from the press, harassing us and our neighbors daily for a story that doesn’t exist.

Lauren has not said one single word to the media, so her ‘quotes’ written in the papers are absolute lies!!! Whilst on the subject of the outright lies spread mostly by the undeniable scum that is the Sun – It was MY decision to pull out of the Moscow deal because I was not fit – absolutely nothing to do with money.

I was also offered the support by Hollway to help me off the pitch which is something I was very grateful to hear and could not turn down.

I am still young enough to turn things around and believe I can do that now I have right support in place.

The media have ruined so many lives in order to make a few pennies – they aren’t going to continue to do that here.

I’ve made mistakes in my life, that’s no big secret and I’m sorry to anyone I have hurt or offended along the way. I’m working hard to correct this and won’t let anything get in my way.

The Sun also claimed that Caulker’s Range Rover had been defaced, something he also denies. A replica of the vandalized car mysteriously appeared in the center of London a few days later (above).

Kauffman boasts more than 50,000 followers on Instagram. She regularly posts images detailing her life in the U.S., from photo shoots to partying.

Her LinkedIn page notes, “With a personal social media following approaching 30,000 people she has created her own community that generates high interaction rates and is sought after to promote selective brands.”

4. Kauffman Says She Desires to ‘Create a Life That I Never Need a Vacation From’

In a short interview with Style Squad NYC from July 2016, Kauffman laid out her working philosophy, saying:

I desire to create a life that I never need a vacation from. I enjoy helping people become the healthiest version of themselves, and I would love to travel around the world doing just that.

I always feel motivated to promote brands that are giving back to society in some way.

Kauffman gives her job as a personal trainer and model/actress. She names her fashion icon as model Negin Mirsalehi. Kauffman notes, “She rocks anything from beachwear to evening attire and still looks fabulous.”

5. Caulker Has Accused The Sun Newspaper of Making up Quotes Regarding the Story

Steven Caulker | The Captain | Welcome to QPR |HD|Steven Roy Caulker (born 29 December 1991) is an English professional footballer who plays as a defender for Queens Park Rangers and the England national team. Name Song: Jacoo – In the shadows..looking for a light —- DISCLAIMER! —- Copyright Disclaimer Under Section 107 of the Copyright Act 1976, allowance is made for "fair use" for purposes such as criticism, comment, news reporting, teaching, scholarship, and research. Fair use is a use permitted by copyright statute that might otherwise be infringing. Non-profit, educational or personal use tips the balance in favor of fair use.2014-07-28T20:17:02.000Z

Among the charges that Caulker has laid at The Sun is the allegation that the tabloid fabricated quotes from his girlfriend, Lauren Merrick. The newspaper followed her while she walked her dog and quoted Merrick as saying, “It was a very public incident and I was very angry with him.” Caulker said on Instagram, “Lauren has not said one single word to the media, so her ‘quotes’ written in the papers are absolute lies!”

It was then reported that Caulker had checked himself into a hotel, alone. In his Instagram post, Caulker makes it clear that Merrick was with the Queens Park Rangers player when he checked in.