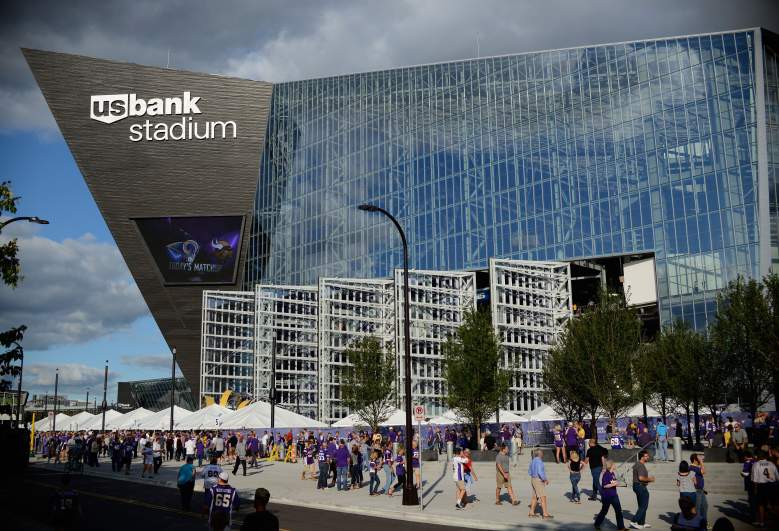 Super Bowl 52 will be in a much different environment and climate than it has in many years.

Forget about the warm weather, palm trees and beaches that the NFL has become known for selecting as venues for the big game recently — with the exception of New York hosting Super Bowl 48. The next Super Bowl will be played at U.S. Bank Stadium in Minneapolis, Minnesota. It is scheduled for February 4, 2018 and will be televised on NBC.

It’s the first time in 25 years that Minneapolis has played host to the championship game (Super Bowl 26 in 1992).

The frigid winter temperatures in Minneapolis won’t affect the play inside of the state-of-the-art facility, which cost $1.1 billion to build and opened for the 2016-2017 season, as it’s a domed stadium.

U.S. Bank Stadium seats 66,665 people for most games and can be expanded to 73,000 for big games like the Super Bowl. It was designed using an acoustic material and can create a very loud environment.

It was one of three finalists selected to host the Super Bowl in 2013. The other two were Lucas Oil Stadium in Indianapolis and Mercedes-Benz Superdome in New Orleans.

In May 2014, Minneapolis was selected as the game’s host at an owner’s meeting.

The economic impact for the area is expected to be massive, and residents around Minneapolis are already making the most of it. NBC KARE 11 reported that homeowners are already trying to rent their homes out to fans for the game.

The Minneapolis Police Department said it’s already taking notes on how others handle patrols for such a global event. The Minneapolis police chief is in Houston shadowing Houston Police Chief Art Acevedo for Super Bowl 51.