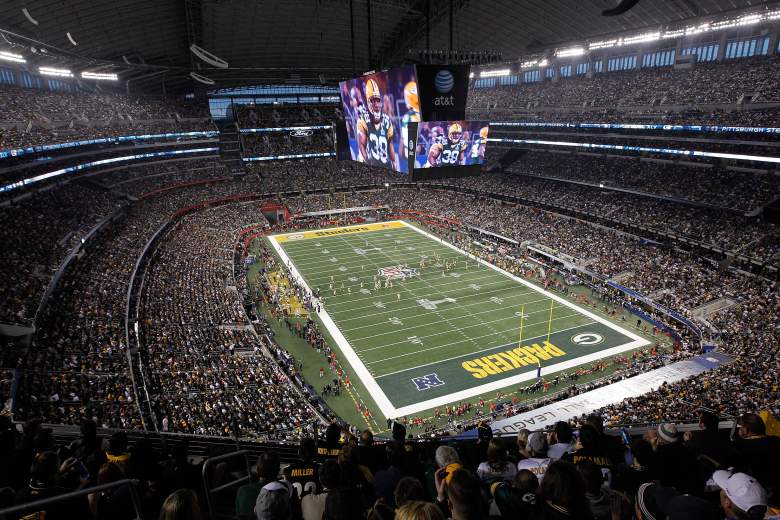 A band performs prior to Super Bowl XLV at Cowboys Stadium on February 6, 2011 in Arlington, Texas. (Getty)

Today’s Super Bowl is being held in Houston, Texas. The last time the Super Bowl was in Texas was in 2011 when it was in Dallas. It will likely be a long time before the Super Bowl returns to Texas, and even longer before it comes back to Dallas. The Dallas Super Bowl suffered a lot of issues that fans still remember today.

We know for certain that the Super Bowl won’t be back in Texas any time soon. According to ESPN, the Super Bowl’s been scheduled through 2021 and it’s not coming back to the Lone Star State. The next locations are:

Houston and Dallas are likely the best choices for a Super Bowl. But how long will it be until Dallas is is picked again?

The last time the Super Bowl was in Texas, prior to today, was on February 6, 2011. In many ways, the Super Bowl was a big success and generated millions for charity. However, there were also a lot of errors made, even resulting in lawsuits, Dallas News reported. Christina Aguilera messed up the national anthem. The weather was unseasonably cold, with a hard ice storm hitting the city, quickly followed by a rare snow storm. Multiple construction workers were injured when snow fell from the stadium roof. The city seemed unprepared for the harsh conditions.

In addition, many fans couldn’t get into the stadium at all or were delayed when 1,200 temporary seats weren’t finished, Dallas News reported. The NFL lost a lawsuit over the issue.

So it’s unclear if these problems might play a role in delaying the Super Bowl’s return. But what we do know is it won’t be back to Texas until at least 2022 or later.

Read More
Football, NFL, Super Bowl 2017
The Super Bowl is in Houston today, but when can we expect to see it come back to Texas next?