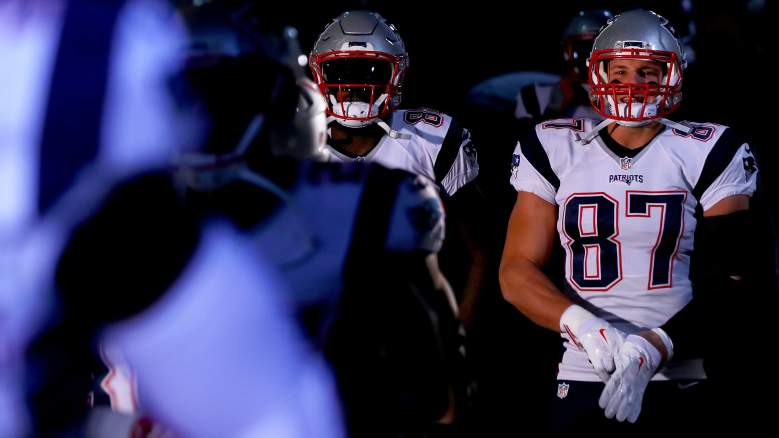 Entering the 2016 season, many viewed tight end Rob Gronkowski as the most important New England Patriots player not named Tom, which makes the team’s Super Bowl run all the more impressive.

For those who haven’t been playing close attention this NFL season, Gronk was sidelined after injuring his back in Week 12 and was soon thereafter placed on the IR as a result of undergoing surgery.

That means that, even though you can get 5000/1 odds on Gronkowski playing in Super Bowl 51 (seriously), you won’t be seeing him on the field against the Atlanta Falcons.

Though this marks the third time Gronk has had to undergo surgery to repair a herniated disc, he is expected to be back with the Patriots next season. But there is still some uncertainty.

“Could he play again? Yes, definitely,” said Dr. Thomas Gill, the Patriots’ team doctor until 2014 and Director of the Boston Sports Medicine and Research Institute. “But he’ll need to take a long hard look at it, talk to his family, his surgeon, his agent, discuss whether he wants to keep playing. That’s a personal decision he’ll need to reflect on. He’ll need to work it out with his family.”

Fortunately for the Patriots, they’ve fared pretty well without their star tight end.

Since Gronkowski went down (counting Week 12 in which he played just seven snaps), the Patriots are 8-0 and averaging 30.0 points per contest. Over that stretch, Tom Brady–whose numbers have historically suffered without his top tight end on the field–is completing 64.1 percent of his throws for 2,310 yards (288.75 per game, 7.55 per attempt) and a 17:3 TD:INT ratio.

On almost any other team Gronk would be nearly irreplaceable, but the Patriots don’t seem to have noticed.