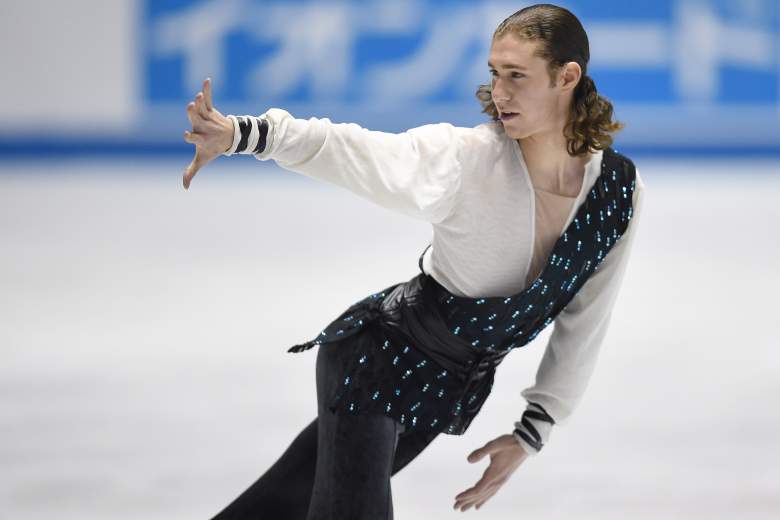 Jason Brown has quickly advanced from newcomer to top talent after taking the figure skating world by storm in 2014.

“I feel like I’ve lived an entire career in the middle of these four years [between the 2014 and 2018 Olympics],” he told ESPN.com in January.

The 22-year-old Chicago native suffered a significant back injury in 2016, which forced him out of last year’s U.S. Championships and World Championships.

Entering this year’s U.S. Championships, Brown was slowed by injury again when he suffered a stress fracture in his right fibula.

Brown was able to overcome the obstacle— finishing third in nationals, and subsequently, earning a spot to compete in the 2017 World Championships.

Began skating bc of her! Thought my older sister was the coolest…I still do! Happy #TBT お姉さんのえいきょうでスケ-トをはじめました。 pic.twitter.com/kZ3EEK3X0t

Brown fell in love with the sport of figure skating while watching his older sister, Jordan on the ice. Brown saw her in an ice show and was mesmerized by the light and costumes. “I wanna do that!” he told his mom, according to Medill.

His mom agreed, and signed him up for lessons.

Coached by Kori Ade since the age of five, Brown and Ade share a close relationship.

“I remember saying, ‘Ooh, maybe I shouldn’t take over so much or be so involved,’ ” Ade told ESPN.

Brown learned more than jumps, spins and footwork from his longtime coach. In his early years, Ade taught him and other young students life lessons like, chewing with mouths closed, keeping socks on, and making eye contact with adults.

“She was a holistic coach. When they were little, she taught them to look a person in the eye when you talk to them, to shake hands,” Jason’s mother, Marla explained to ESPN. “From my perspective as a parent, I was just as impressed with how she was raising my child as a quality human being as much as teaching ice skating.”

Brown trained in various rinks in the Chicago area until April of 2013. Along with coach Kori Ade and choreographer Rohene Ward, Brown relocated to Monument, Colorado to train at the Colorado Sports Center.

Brown remained loyal to Ade, although others tried to persuade the family to make a coaching change.

“We never thought about leaving Kori,” Marla Brown told ESPN. “Did some other coach have the secret technique? Did they have a better eye for mistakes he was making? My husband and I would talk and say maybe it’s true, maybe it isn’t, but at the end of the day our child could not have been happier or more motivated with anyone else.”

Since 2009, Brown’s programs have been choreographed mainly by Rohene Ward.

According to his ISU bio, Brown also skated pairs with Thea Milburn for three years. 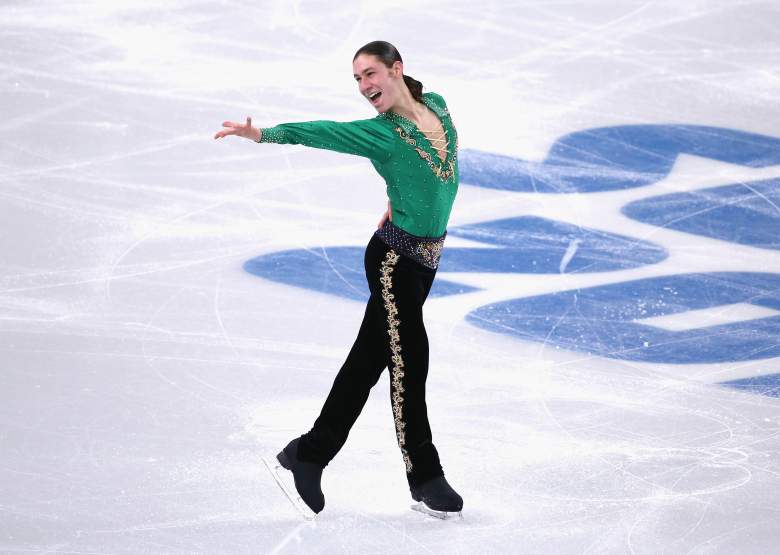 Marla Brown recalls that the early days of her son’s skating career began as a fun hobby. As she told ESPN, Olympic medals were not even a thought that crossed her mind.

“Skating was something to do. We certainly were not thinking about the Olympics,” Marla said of herself and her husband, Steven, according to ESPN. “[Jason’s] sister was taking lessons and I thought I’d kill two birds with one stone and have them go at the same time.

“Kori was very young, not an experienced coach. And Jason was little and it just started as a fun activity like gymnastics and soccer.”

Neither of Brown’s parents have a figure skating background. Marla is a former TV producer and his dad, Steven co-owns a lighting business.

Although Brown spent summers training in Lake Arrowhead, California, he never moved there full time. Brown remained at home in Chicago until he graduated from high school. In 2013, he moved to Colorado Springs to prepare for the Sochi Olympics.

“Just the idea of him moving away to become a skater didn’t seem worth it to us,” Marla Brown told Medill. “Giving up a normal childhood…We didn’t understand that as a worthwhile trade-off.”

Brown is grateful that his family did not follow the suggestions of others to relocate.

3. Brown Is Currently a College Student 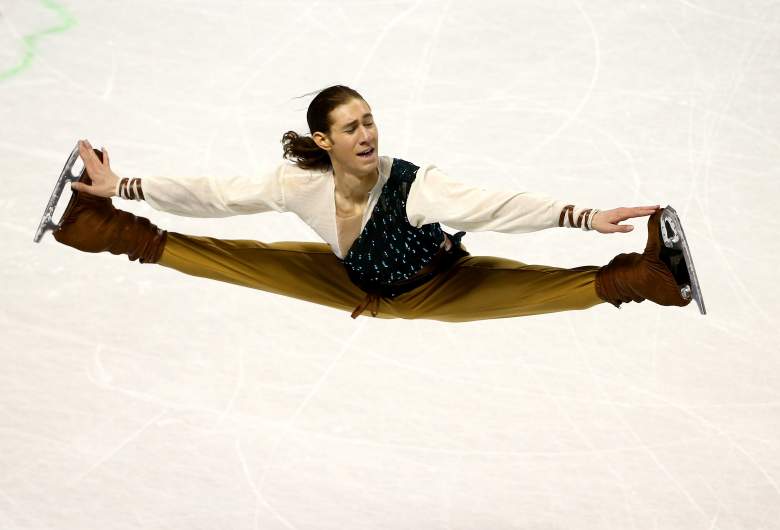 Brown’s dedication to skating has always been matched with a strong work ethic in school.

Brown is a graduate of Highland Park High School where he received the Ralph Potter Memorial Award for Exceptional Ability and Achievement as well as the President’s Education Award for Outstanding Academic Excellence.

In 2013, he began his college career at the University of Colorado at Colorado Springs. His favorite part about college? The flexibility.

“I love how flexible the hours of classes are. You are able to arrange your class schedule pretty much however you’d like at the beginning of the year, pick the teacher, and the time of day your class will meet,” Brown wrote on his personal website.

Brown has a rigorous training schedule that consumes his daily routine. On a normal day, he’s at the rink from 9 a.m. until 5 p.m. His on-ice training is followed by at least two hours of off-ice conditioning which includes various work outs, stretches and recovery. 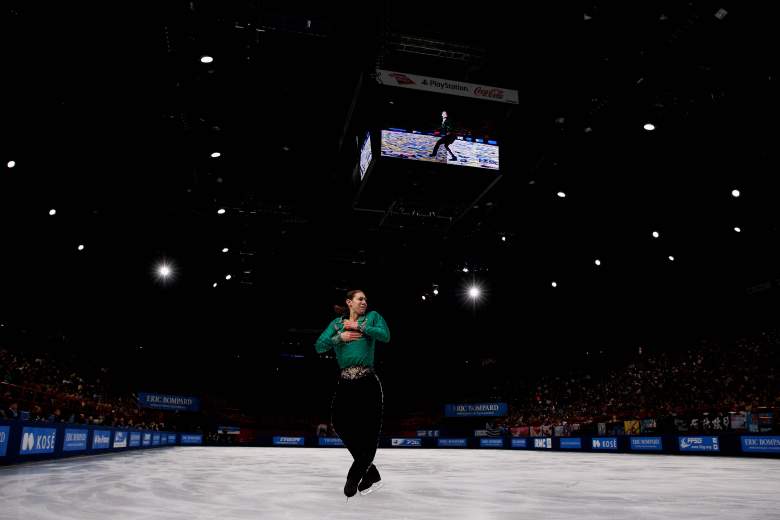 At 20 years old, Brown became the youngest man to win a national championship since Johnny Weir in 2004.

Brown held off Adam Rippon by 2.5 points to claim gold at the 2015 U.S. championships. It was the closest margin since Weir and Evan Lysacek had the same scores in 2008. Brown totaled 274.98 points.

“I’m so overwhelmed right now, so excited,” Brown said on NBC shortly after he skated. “It’s been such a journey from four years ago [finishing ninth at age 16 in his senior nationals debut, also in Greensboro] to now.”

“I was performing to the audience and enjoying every single moment,” Brown said. “I couldn’t ask for anything else.”

Two years later, however Brown withdrew from the 2016 U.S. Championships with a back injury. He attributed the injury to overuse, according to Medill.

Brown burst into the national spotlight with a fast-paced Irish-dance program at the 2014 U.S. figure skating championships. The enthralling program went viral on YouTube, but more importantly, it earned him a silver medal, and a coveted spot on the U.S. Olympic team.

Brown, who skated to a piece from Bill Whelan’s “Riverdance,” said Whelan contacted him following nationals. Whelan praised Brown’s performance and the choreography.

“It means the world to me, the fact that a composer of a piece that I skate to would reach out to me,” Brown said in a YouTube video. “I was so taken aback by it.”

In the interview, Brown also explained the inspiration behind the program.

“It was an Olympic year, and we wanted to find something really special and something that was going to be really challenging and really hard for me as a skater, and for me as a performer.”

Brown said he was looking for a piece that pushed his boundaries, but a Riverdance routine never came to mind. When his choreographer, Rohene Ward, first suggested “Reel around the Sun,” Brown didn’t think he could keep up with the rhythmic music.

As Brown recalled, he told Ward, “What are you thinking? I can’t pull this off.”

However, the two would end up choreographing one of the most memorable programs in U.S. men’s figure skating history.

Usually Brown can cleanly run through new programs in about two months. However, “Riverdance” took him over six months.

“Once I made it over that hump and was ready, and fully trained, it just took off,” Brown said. “Every time the music came on I was just in love with it, and it got me excited and I couldn’t wait to perform it.”

Ten days after his U.S. championship performance, his program had notched nearly 3 million YouTube views. The internet went wild, and Brown’s ponytail soon had its own Twitter account.

The following month, Brown, placed ninth individually at the Sochi Olympics and won a team event bronze. At 19 years old, he was the youngest U.S. Olympic men’s singles skater since 1976.