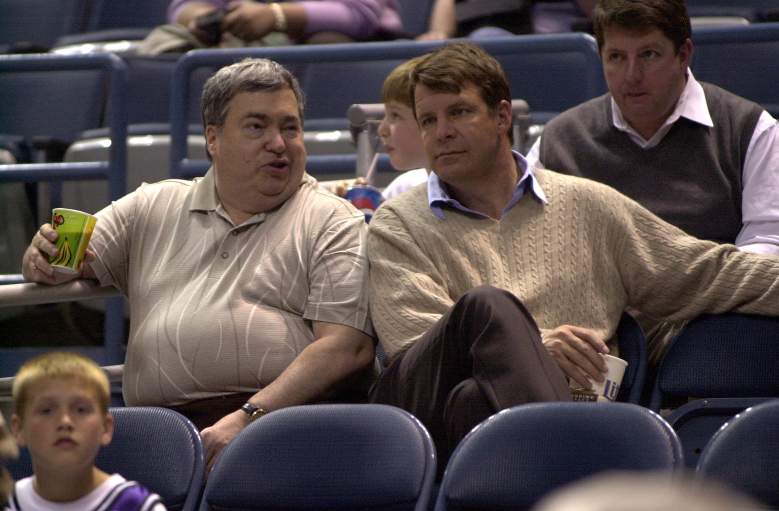 Krause is known for being the architect of the Bulls’ dominance in the 1990s and was a Chicago native. He took over as the Bulls’ GM in 1985 and was responsible for bringing in the pieces to surround Michael Jordan that led the franchise to six championships. He made a trade on draft day in 1987 to acquire Scottie Pippen and then drafted Horace Grant. He also hired Phil Jackson as the Bulls’ coach.

But Krause was often an afterthought in terms of being a key contributor to winning the championship rings. And his poor relationship with Jordan ultimately led to hostility and him being forced out of the organization in 2003 after 18 seasons at the helm.

Here’s what you need to know about Krause and Jordan’s testy relationship:

1. Fans & Analysts Blame Krause For Breaking Up the Bulls

After winning six NBA championships in eight years, Krause blew up the team.

One week after winning a title in 1998, Bulls coach Phil Jackson said he wouldn’t be back next season to coach the team and retired. Then in January 1999, Jordan announced that he would also be retiring — though both came out of retirement and eventually returned to the NBA. The Bulls haven’t won another title since.

Instead of saying that players and coaches play the biggest role in bringing the titles to Chicago, Krause was noted as saying “organizations win championships.” But Krause said in a 2003 interview with the New York Times that his remarks were taken out of context.

What I said was, ‘Players and coaches alone don’t win championships, organizations win championships.’ I was terribly misquoted. I am an organization man, but a wire-service reporter used the quote without the ‘alone’ and then everybody picked up on it. Including the team.

After Jackson, Jordan and Pippen left the team after the 1998 title, Krause started a rebuild project. He unloaded veteran players in favor of young talent, including Elton Brand, Ron Artest and Jay Williams. But the Bulls struggled, finishing 15-67 overall in the 2000-2001 season. They improved slightly in the season after, but Bulls ownership didn’t like the way the future was heading. 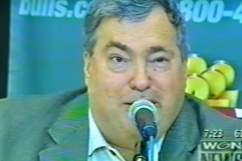 2. Jordan Grew Upset Because Krause Failed to Consult Him on Acquisitions

In a February 2017 on Adrian Worjanowski’s “The Vertical Podcast,” Krause was a guest and spoke about how he was adamant about not consulting players, namely Jordan, before trades and drafts.

But Krause said that Jordan never ever came to him to ask for help. He said part of that was because Jordan thought he “was so darn good” that he would be able to succeed without other players.

According the the New York Times profile after he retired, Krause said that Jordan’s judgement on talent was lackluster. When trades and acquisitions were made, Krause said Jordan always seemed to have a differing opinion.

There were trades he wanted us to make and they were not good. Michael’s just not a good judge of talent. He argued, for one example, against the trade for Bill Cartwright, and later he said that without Bill we don’t win the championships. He said it, but grudgingly.

In 1986, Krause was very high on forward Brad Sellers and ultimately decided to select him in the NBA Draft that year. But Jordan strongly objected, instead clamoring for Johnny Dawkins out of Duke University. All the way up until draft night, it looked as if the Bulls would select Dawkins, but Krause changed course, ignoring differing opinions and selecting Sellers to join the team.

Jordan was very upset at the pick and was reportedly quoted as saying “it’s a hell of a lot easier to make Earl Monroe look good than it is Brad Sellers.”

During practice, Jordan would “go after” Sellers, who was traded from the Bulls after spending three seasons with the team.

But that wasn’t even the thing that irked Jordan the most.

Jordan strongly objected to the Bulls trading Charles Oakley to the New York Knicks in 1988 for Bill Cartwright. Oakley was reportedly Jordan’s best friend on the team and the transaction put a strain on Chicago’s rebounding and defense.

It wasn’t just seeing his friend move to New York that angered Jordan, it’s the fact that Krause never communicated the trade to the team. Jordan found out about it the same way everybody else did, on TV, according to a 2000 book titled Playing for Keeps: Michael Jordan and the World He Made by David Halberstam.

Despite Jordan’s hatred of the trade, Cartwright worked out well for the Bulls and gave them a large presence in the lane. Jordan admitted in Halberstam’s book that he was perhaps incorrect and Krause’s instincts were right about the trade. Though he kept his same thoughts on Krause and his management style.

In an article by Sports Illustrated, Jordan was quoted as saying about Krause:

The trade of Oakley was good, and the best thing he did was to get Pippen and Grant. That’s it. His claim to fame is that he drafted Earl Monroe for the Bullets. And I say to him, ‘What pick was that?’ He says, ‘Two.’ And I say, ‘Hell! Earl Monroe was a real secret, huh? A real secret? If you hadn’t taken him, he’d have gone third!

Jordan developed the nickname “Crumbs” for Krause because of his obese body type and appearance, according to Forbes.

4. Krause Was Stingy When It Came to Contracts & That Angered Jordan

Even though Krause was noted as assembling perhaps the greatest team in NBA history in 1995, Jordan still had animosity toward him.

Another thing that angered Jordan about Krause was his reluctance to give players what he deemed they were worth on their contracts.

Jordan’s new contract in particular caused turmoil when Krause and team owner Jerry Reinsdorf were reluctant to pay Jordan almost $30 million in one season. Instead, they were thinking more in the range of $20 million.

In addition, there were multiple occasions where Krause thought players were worth less than what they wanted, including John Paxson. Krause told the Chicago Tribune that when Paxson’s contract was up, he requested the GM to do contract negotiations.

His contract was up and he came to me and said, ‘I’d like you to negotiate my contract.’ I said, ‘Whoa, what do you mean?’ He said, ‘Well, tell me what the number is and we’ll just do it that way.’ I said, ‘Pax, general managers don’t negotiate players’ contracts.’ He said he’d like me to do it and trusted me So I did it and gave him more than I should’ve. He probably knew that would happen. He’s smart as hell. Three years later, his contract was up and I told him he was making too much now for me to do it, so he needed an agent. He got David Falk.

5. Jordan Offered His Condolences In a Statement After Krause’s Death

RIP Jerry Krause, 6 rings is 6 rings even if Jordan hated you pic.twitter.com/1ojnOt1JHX

Despite the history between the two, Jordan was one of the first to release a statement offering his condolences on the passing of Krause.

JUST IN: Michael Jordan releases statement on the death of Jerry Krause pic.twitter.com/mhKqFgP35c

Jordan said in the statement that the city of Chicago experienced a great loss following Krause’s death. He added that his former GM was a “key figure” for the Bulls’ dynasty in the 1990s. In addition to Jordan’s statement, Jackson, who also had disputes with Krause, issued a statement that offered his condolences.

The following is a statement from Knicks President Phil Jackson on the passing of Jerry Krause: pic.twitter.com/LI7UApKypL 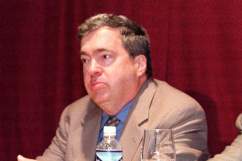