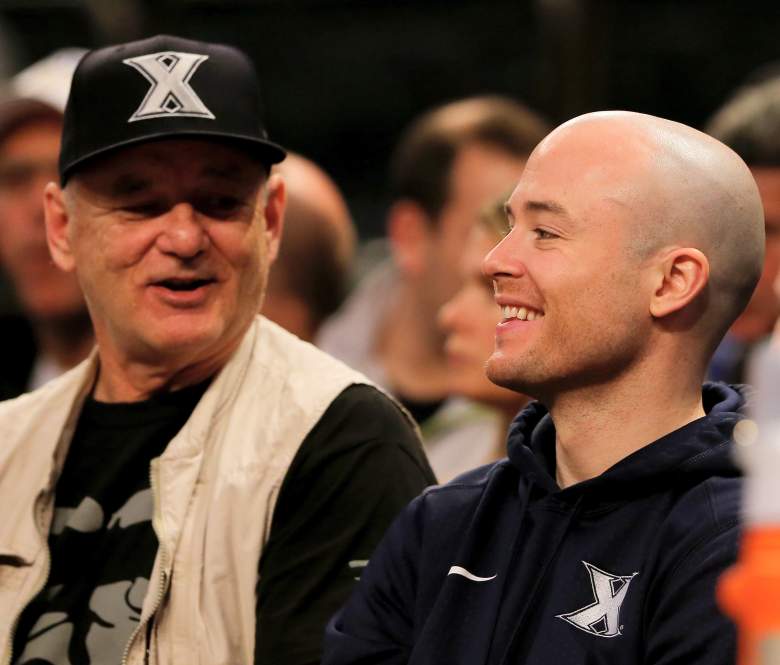 Xavier University will have a usual visitor in the stands when the No. 11 Musketeers take on the No. 1 Gonzaga Bulldogs in the Elite Eight round of the 2017 NCAA Tournament on Saturday.

The team will be joined in the arena by actor/comedian Bill Murray, who is the father of Musketeers assistant coach Luke Murray.

Although his dad is an award-winning actor and has starred in numerous movies like Caddyshack, Lost in Translation, Ghostbusters and Stripes, basketball has always been Luke’s calling. He’s worked his way through the coaching ranks over the years and has found a home at Xavier after stops at a handful of colleges.

Here’s what you need to know about Luke and Bill Murray:

1. Luke Is In His 2nd Year of Coaching at Xavier & Has Deep Roots In College Basketball

Luke’s first collegiate basketball job was when he worked as the director of basketball operations at Quinnipiac University in Connecticut from 2007-08. After that, he attended the University of Arizona and earned his master’s degree in educational psychology.

It was there that he found his groove in collegiate basketball coaching. He landed a job as a graduate assistant for Arizona under coach Sean Miller. He did that from 2009-10 until he got a call from Danny Hurley to become an assistant at Wagner College in Staten Island, New York.

He worked under Hurley for the 2010-11 season before receiving another call from a school to coach. He spent the 2012-13 season as an assistant for the men’s basketball program at Towson University in Maryland. At Towson, Murray worked as a recruiter for the school and brought in a highly-touted class for the 2012-13 season. After two seasons at Towson, Murray moved on and became an assistant at the University of Rhode Island where his coaching stock improved even more.

In a press release, Mack called Murray once of the “top young assistant coaches in America.”

His efforts recently at Towson and URI have demonstrated his ability to both attract talented players and coach them successfully. I have known Luke for a number of years and it is evident he has a passion for Xavier basketball. 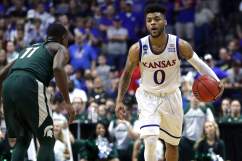 2. Luke Knew He Wanted to Coach Basketball When he Was a Kid 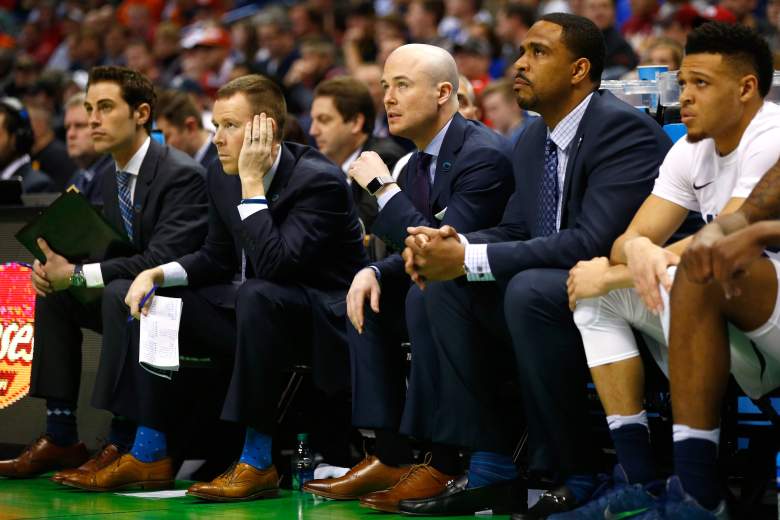 With an award-winning actor as his father, Luke never seemed interested in the entertainment industry. He’d always been a basketball guy.

Luke said in an interview with Yahoo! Sports in 2010 that although he’s a fan of his father’s movies, working in Hollywood never appealed to him.

I was always driven by sports, particularly basketball. That’s been my life since I was a little kid. I have an older brother who didn’t really think about acting or anything along those lines either. There wasn’t any pressure to get involved in any of those things, and I think my dad’s probably happy that we didn’t.

The Yahoo! article said that Luke was introduced to basketball when he was a kid growing up in New York. When he was 10-years old, he would watch AAU basketball in gyms throughout New York, but not just to watch the talent. He was focused on the college coaches in attendance and how they interacted with their recruits.

Then when he was a senior in high school, Luke landed his first coaching gig as the head coach of an area AAU team. 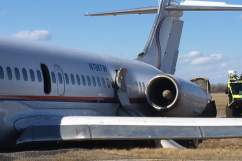 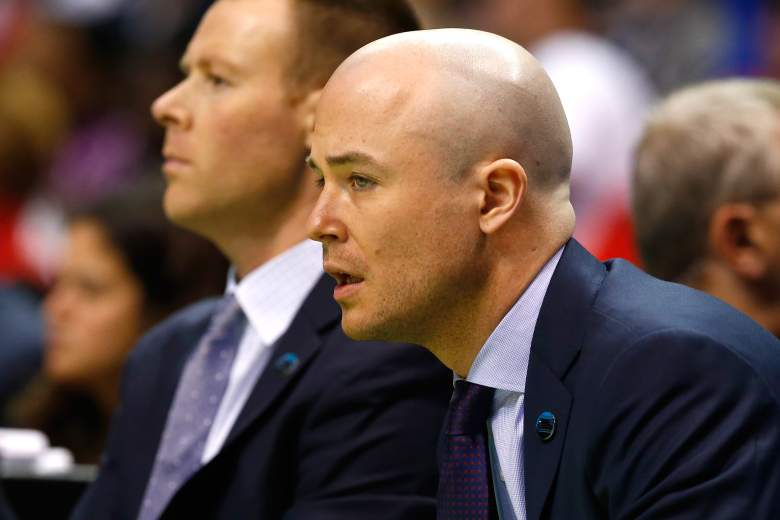 After high school, Luke enrolled at Fairfield University in Connecticut. He graduated from the school in 2007 with a sociology degree, though that wasn’t the only thing he got from studying there.

While in college, he once again coached an AAU basketball team, and that’s where he first formed relationships with many of the college coaches at his games recruiting the players on his team, he said in an interview with the Cincinnati Enquirer.

He first met Miller from Arizona, who was then the coach at Xavier. Through AAU basketball, Luke got to know Miller and soon enough befriended Mack. When he was first starting his coaching career, Mack’s mentor and friend was Miller. He served as Miller’s top assistant when he was the coach.

Xavier and Arizona play March 23 in an NCAA Tournament Sweet 16 game, and Mack said he wasn’t too thrilled with the prospect. He said at a press conference days before the game that “it stinks” to coach against Miller.

He means so much to me. He’s taught me so much about what to do and how to be a coach. I’d rather face somebody I don’t know real well.

4. Bill Was Shown on TV With a Sad Reaction During the 2016 NCAA Tournament

Bill was a prominent fixture during Xavier’s 2016 NCAA Tournament run.

During the TV broadcasts, you’d be hard-pressed not to see an image of Bill sitting near the Musketeers’ bench with an anxious look on his face as he watched the action unfold. And he’s back again during the 2017 tournament.

One of his most notable appearances at a Xavier game was in the 2016 tournament in the second round. The game was tied, 63-63, late in the second half against the Wisconsin Badgers. Badgers point guard Bronson Koenig pulled up from the corner with just under 2 seconds remaining and nailed a 3-point basket to send Wisconsin to the Sweet 16. It also sent Bill into utter disbelief.

The camera flashed to a Bill, who’s reaction was stunned and in disbelief in the stands. 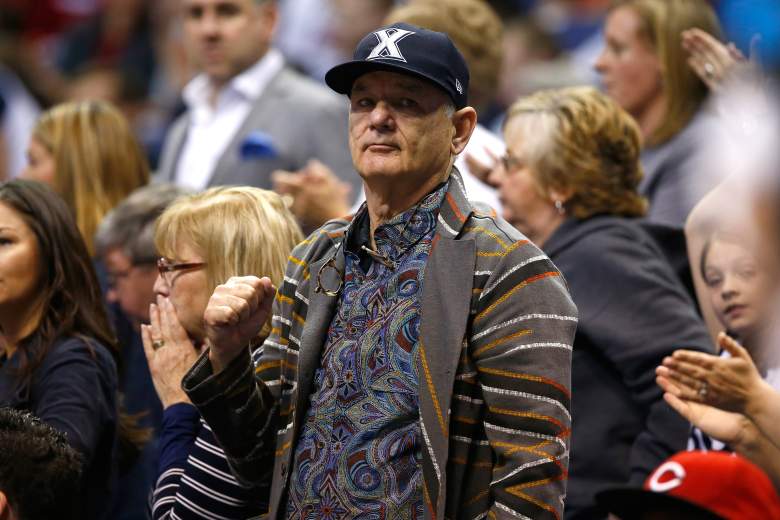 Bill has been married twice and has two sons with his first wife, Margaret Kelley. The couple got married in 1981 and she gave birth to Homer and Luke.

But in 1994, Bill and Margaret divorced. Three years later in 1997, Bill married his second wife, Jennifer Butler. The pair had four sons together: Jackson, Cal, Cooper and Lincoln.

After 11 years of marriage, however, Bill and Jennifer split. She cited sex addiction and abuse for the divorce filing in 2008.

According to reports, Homer was born in 1982 and owns a bar. In fact, Bill joined his son at the Brooklyn bar’s opening night in 2016. In addition, Homer has tested his hand at acting, along with Cooper. 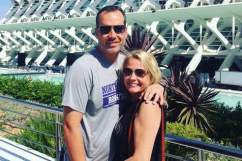