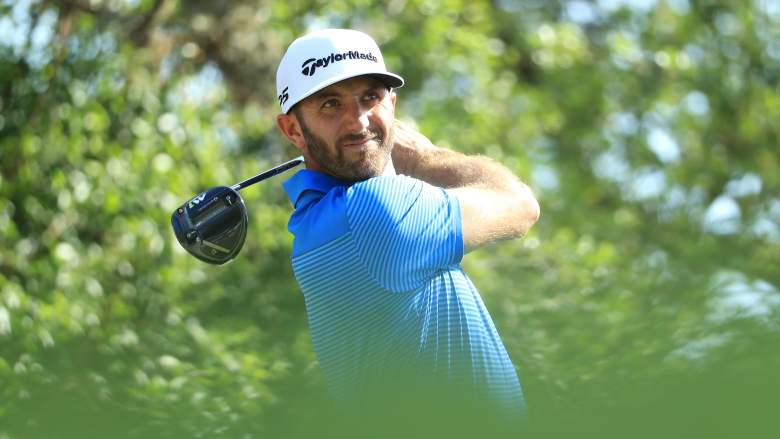 The Masters gets underway next week, and it’s unsurprisingly Dustin Johnson who has been tabbed as the favorite for the first major of the year.

Here’s an early look at the complete betting info for Augusta:

Notes: Odds courtesy of OddsShark.com and are as of March 31, 2017. You can find the complete list of 94 exempt players right here. If someone who isn’t already qualified for the Masters wins this week’s Shell Houston Open, he’ll be included in the field.

The obvious missing name from the above list is Tiger Woods. The 41-year-old announced Friday night that he won’t be playing at Augusta this year.

Unfortunately, I won’t be competing in this year’s Masters. I did about everything I could to play, but my back rehabilitation didn’t allow me the time to get tournament ready. I’m especially upset because it’s a special anniversary for me that’s filled with a lot of great memories. I can’t believe it’s been 20 years since I won my first green jacket.

Meanwhile, the rest of the field is expected to be chasing Johnson (5/1).

If DJ went from good to great last season, he has gone from great to machine during the 2016-17 campaign. He started the year off with a couple of Top-10’s in his first four starts, then he won the Genesis Open to vault to No. 1 in the world. And all he’s done since that is win a pair of World Golf Championships events, giving him three victories in three starts as he gets ready for Augusta.

Of course, DJ will have plenty of competition.

Jordan Spieth, who has finished in the Top-2 at Augusta in each of his three starts, can never be overlooked at the Masters and will be looking to erase last year from his memory. Hideki Matsuyama (20/1) and Justin Thomas (25/1) both have multiple wins this season. 23-year-old Jon Rahm (18/1) has rocketed up the odds list with four Top-10’s and a win in his last five starts, most recently taking DJ to the wire in the final of the WGC-Match Play. Rory McIlroy (15/2) is the most dominant player in the world when his putter is on. Bubba Watson (40/1) and Phil Mickelson (25/1) each have multiple wins here.

And really, that’s just the tip of the iceberg when it comes to contenders, while there are also a number of compelling sleepers. Golf is in a tremendous place right now, with both top-of-the-line superstars and strong depth throughout the Top 50, and that’s sure to be on display in Augusta. 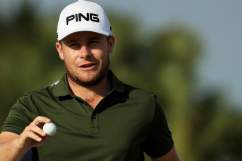 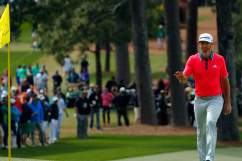 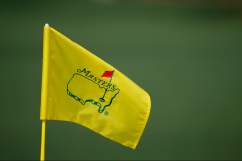