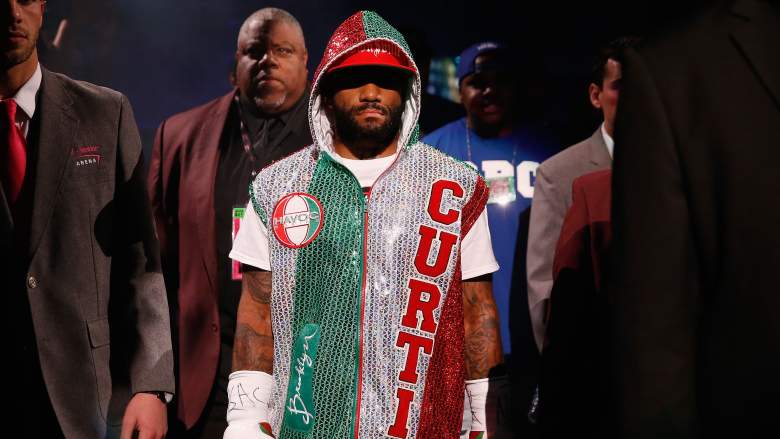 David Lemieux (36-3, 32 KOs) will put his NABO middleweight title on the line Saturday night when he takes on Curtis “Cerebral Assassin” Stevens (29-5, 21 KOs) at Turning Stone Resort and Casino in Verona, New York.

Lemieux has responded with a pair of victories after his TKO loss at the hands of Gennady Golovkin back in October 2015, defeating Glen Tapia via TKO and Cristian Fabian Rios via unanimous decision. The 28-year-old with immense power wants a shot at Canelo Alvarez, but he’ll have to get past Stevens first.

He’s considered a favorite to do so, but Stevens has plenty of power himself and certainly has the potential to turn this into a thoroughly entertaining display.

Start Time: The card, which starts with Yuriorkis Gamboa vs. Rene Alvarado, begins at 11 p.m. ET

Live Stream: Sling TV or HBO Now. Read on for more info about how to watch online or on streaming devices in the United States or the UK:

Users in the United States can watch the fight live via Sling TV, an online streaming service that provides access to select channels for a monthly fee. Here’s how to sign up for a free 7-day trial:

4) Select the channel package or packages you want. You can choose either Sling Blue or Sling Orange as your base package, but make sure to include the HBO add-on

5) Enter your payment information. Sling Orange costs $20 per month, and the HBO add-on package costs an extra $15 per month, but if you cancel your subscription within seven days of signing up, you will not be charged

If you have a Sling TV subscription (read above to learn how to start a free trial), you can watch the fight on mobile and other compatible streaming devices via the Sling TV app, which is free to download in the following locations:

Streaming of the fight is also available via HBO Now. The streaming service costs $15 per month, but they also offer a free trial.

Signing up is limited to a mobile or streaming device, and you can do so by downloading the app in the following locations:

For those in the United Kingdom and Ireland, you can watch a live stream online at BoxNation.com. If you don’t already have a subscription, it costs just £12 per month and comes with no fixed contract.

If you want to watch the live stream on your mobile or tablet device, you can do so via the BoxNation TV app, which is free to download in the following locations:

Read More
Boxing
David Lemieux and Curtis Stevens meet in what should be an entertaining bout on Saturday night. Find out when and where to watch.