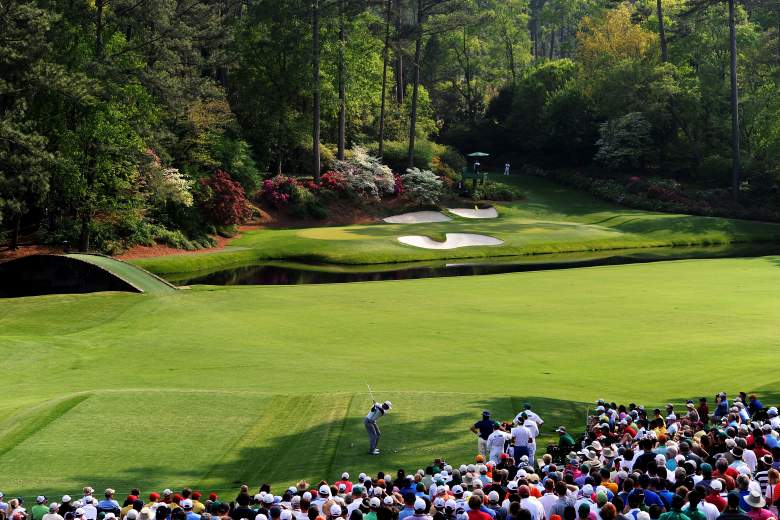 Augusta is one of the most prestigious places in sports. (Getty)

As CBS Sports Jim Nantz utters every April, the Masters is “a tradition unlike any other”. Everything about Augusta National is different from just about any other place in sports.

From their no cell phone policy to their lack of an online store for apparel, the Masters is a different type of sporting event. There is the secretive membership process of Augusta National that goes along with the narrow list of undisclosed members. The old-school leader boards that are not electronic and look like something you would see in the 1930’s when the course was founded.

Augusta is to golf what Fenway Park is to baseball. It is a sense of history when the sports world is going to new venues inundated with technology. Augusta National is not without controversy, especially when it comes to some of the club’s antiquated policies over the years.

It is a complicated place that is home to golf’s biggest event each year.

1. Augusta Is About 150 Miles East of Atlanta

Augusta is about 150 miles east of Atlanta which amounts to a little over a two hour drive with typical traffic. It is a modest city with a population of 195,844 while the number goes up to 590,400 if the metro area is included.

Bobby Jones founded the Masters in 1934 after Jones and Clifford Roberts were unable to bring the U.S. Open to Augusta. The tournament was started during the great depression.

The course opened in 1933 and was originally located on Fruitland Nurseries. The course’s scenery dates back to its founding and each hole’s name pays homage to various plant life.

2. Concession Prices Are Insanely Cheap at the Masters While Merchandise Is Only Available at the Course

What is your favorite on The Masters concession menu? pic.twitter.com/h7CLGO2J6a

The Masters concession prices are legendary given both the quality and price of items. Augusta is known for their pimento cheese sandwich as well as the egg salad sandwich. Each sandwich costs $1.50. For dessert, the Georgia Peach ice cream sandwich is the thing to get and just $2. It features Georgia peach ice cream between two sugar cookies. Fans can wash these items down with a glass of sweet tea for $2 or a $4 beer. The most expensive food items are $3.

Concessions may be inexpensive, but getting into Augusta will cost a lot more. First, you have to be one of the individuals that wins the ticket lottery for the right to purchase a badge. According to the Advocate, face value for the badges is $325 if you are one of the select few that is able to purchase tickets.

Many fans will turn to the secondary market which is not as friendly on the wallet. On the eve of the final day of the 2017 Masters, passes were going for just under $1,000 on StubHub.

Like with most things, Augusta National has a unique policy on apparel. Masters merchandise and gear is only available for those attending the Masters during the week of the tournament.

This means the only way for fans who are not attending the Masters to get apparel is through sites like eBay where there is a massive demand even for used apparel.

3. Playing the Augusta National Course is for Members Only

Thinking about grabbing your clubs and heading to Augusta for a round of golf? Think again unless you know someone who is a member. The course is only accessible to members and their guests.

“Augusta National Golf Club is a private club and is only accessible to club members and their guests. The public may visit the course only during the Masters Tournament and only with the proper ticket or badge,” Augusta.com explains.

Golf Digest outlines a few exceptions that are made each year, but it is a narrow list like being a media member who wins the lottery to play the following Monday.

Now that you know you can only play Augusta National by becoming a member, you might be looking for an online application. It is not that simple as the process is extremely secretive and membership comes only through an invitation. There are only 300 members of Augusta National, and the list is kept private.

The organization does not publicize the criteria for what constitutes a potential member. The Telegraph notes that initiation fees are likely between $25,000 and $50,000 which explains why Bill Gates is one of the members.

Winning the Masters does not even grant you a membership despite the green jacket ceremony. If Augusta National is on your bucket list, chances are the best way for you to get up close to the course is to attend a session during Masters week. 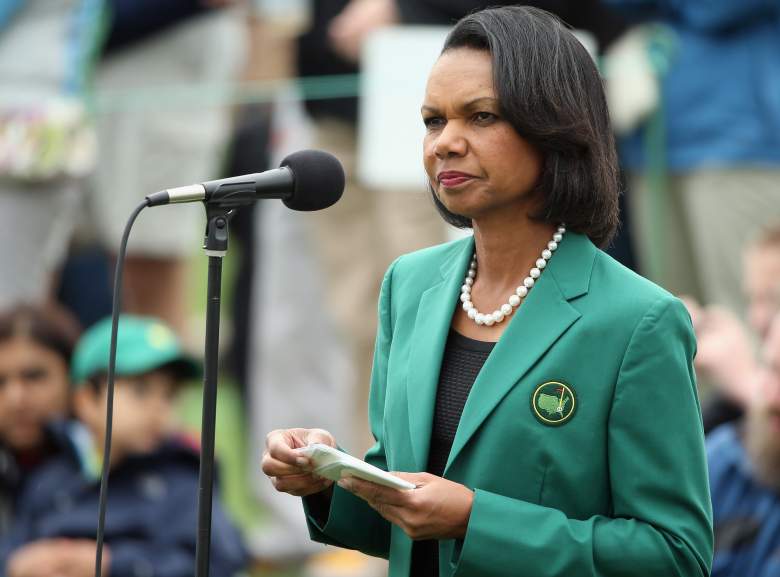 Condoleezza Rice made history in 2012 by becoming the first female member of Augusta National. (Getty)

As you may have picked up on by now, Augusta National has not exactly been at the forefront of change. It was a men’s only club until 2012 when the organization admitted politician Condoleeza Rice and South Carolina financier Darla Moore. After she was granted membership, Rice noted she does not believe Augusta should be obligated to admit women.

“Obviously, I don’t believe that you can have racial discrimination. That is something that is not only illegal but immoral. But there are women-only associations and men-only associations, and these are things that we need to leave to people to sort out. The face of America is changing, the face of golf is changing. All of this will change,” Rice told The New York Times.

The addition of Rice and Moore marked a departure from a policy that had existed for over 80 years.