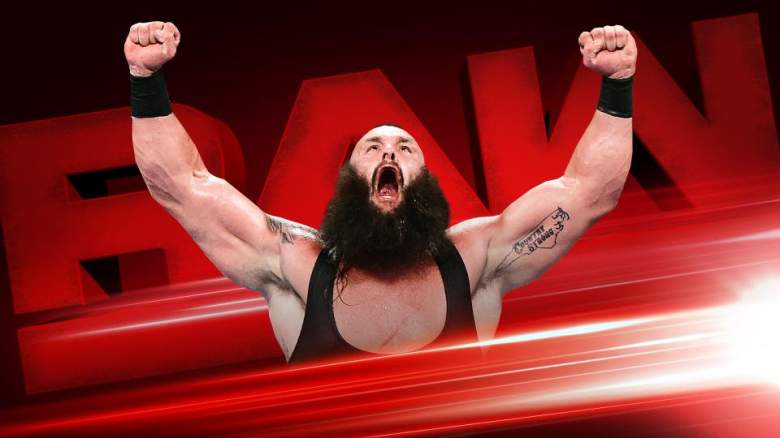 Braun Strowman, the Monster Among Men, will face Roman Reigns at WWE Payback on Sunday.

Strowman made his WWE debut back in 2015, but in recent weeks, he has become one of the most important players on Monday Night Raw, continuously showcasing his insane strength and absolutely dominating the entire roster.

Obviously, quite a bit about the Braun Strowman character is exaggerated, including his physical strength. So what do we know about the actual man who portrays Braun Strowman?

In real life, Strowman is 33-year-old Adam Scherr from Sherrills Ford, North Carolina. Here’s what you need to know about him.

1. He Previously Participated in Strongman Competitions

Although Braun Strowman is of course not capable of actually lifting up ambulances like he does on Monday Night Raw, he still is ridiculously strong.

Strowman is 6 ft 8 in, and he weighs 385 pounds. In November 2011, he won the NAS US Amateur National Championships. He also won the 2012 Arnold Amateur Strongman Championships; that earned him an invite to the Arnold Strongman Classic, where he came in 10th place and won $1,000.

In 2012, Strowman participated in the SCL North American Championships, coming in fifth place. And that same year, he competed in the Giants Live Poland competition, finishing in seventh.

Some other competitions that Strowman won include the 2010 Monster of the Midland, 2011 Summerfest Strongman, and 2011 West Cary Fall Festival of Power.

Although he can’t lift an ambulance, there is video on YouTube of Strowman lifting a 875 pound 14″ deadlift.

During an appearance on the Stone Cold Podcast, Strowman said that when he graduated high school, at the age of 17, he was already 6’5 and 305 pounds. He also said that his peak weight was 415 pounds.

2. He Pursued Football Before Wrestling

Before getting into professional wrestling, Braun Strowman was interested in football.

On the Stone Cold Podcast, Strowman explained that he played semi-pro football for four years in North Carolina. He also revealed that he attended the NFL Combine in 2007.

However, Strowman said that no team was interested in him, partially because he did not have any college experience; Strowman did not attend college due to poor grades in high school.

Strowman also said that although he was a wrestling fan when he was young, he fell off of the fandom around 2002, and he never considered the WWE as a possible career path.

3. He Got Involved With the WWE Through Mark Henry

So how did Braun Strowman make the jump from professional strongman to WWE superstar? He has Mark Henry to thank.

Henry too has a background in strongman competitions, and Henry told some WWE officials to check Strowman out, with Henry knowing that Strowman was good from the times they had crossed paths at these competitions.

Strowman officially signed with the WWE in May 2013. He spent quite a while performing in single’s competition on NXT before finally being paired up with the Wyatt Family, at which point he started to become a key player on WWE programming.

It was not until last year that Strowman was split up from the Wyatt Family, at which point the character we now know as Braun Strowman began to develop.

4. He Has a Tinder Profile 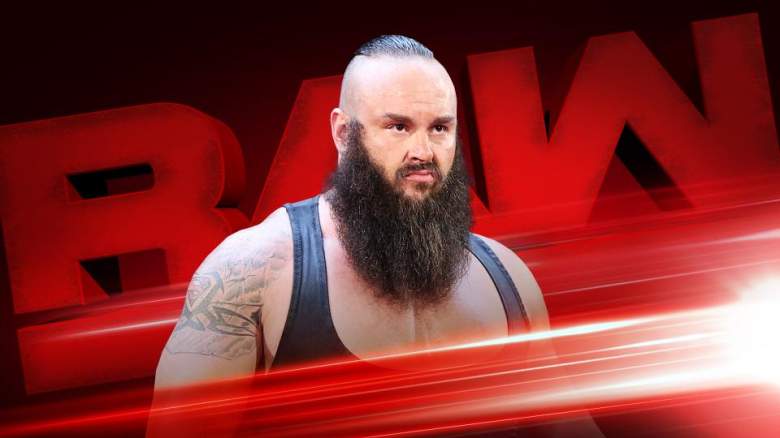 Will Braun Strowman continue to tear through the ‘Raw’ roster? (WWE.com)

Imagine swiping through Tinder one night when you suddenly come across Braun Strowman.

That’s the experience one Reddit user had earlier this year, and a post showing Strowman’s Tinder profile immediately went viral.

In his bio, Strowman says that he likes “lifting weights and eating steaks;” he does not make any mention of the fact that he is a WWE superstar, and the name “Braun Strowman” doesn’t appear anywhere.

If Strowman has found any success from Tinder, it’s not public knowledge, as it is not currently known whether he has a girlfriend.

5. He Has a Great Relationship With His Father

Braun Strowman posts on his Twitter page mostly in character, making threats towards his fellow opponents and generally being the abrasive man we’ve come to know and love on Monday Night Raw.

But his Instagram profile is a bit different; here, he’s posted a number of photos that completely break character, including several of himself smiling with his father, who looks pretty much exactly like you’d expect Braun Strowman’s dad to look.

In one recent photo, Strowman is seen drinking a beer with his father backstage at WrestleMania, with the caption talking about how happy Strowman was to have his father there with him.