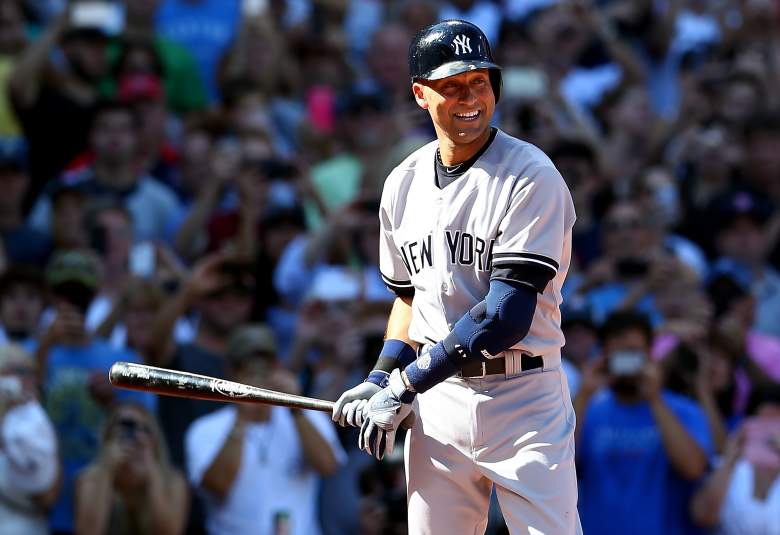 Derek Jeter bats against the Boston Red Sox in the first inning during the last game of the season at Fenway Park on September 28, 2014 in Boston, Massachusetts. (Getty)

Bloomberg reported on Tuesday that a group lead by Derek Jeter and former Florida governor Jeb Bush has won an auction to purchase the Marlins. The deal has not been made official, and Bloomberg reports that no contracts have yet been signed.

So how much money will Derek Jeter be spending on the Marlins, and what is his current net worth? Here’s what you need to know. 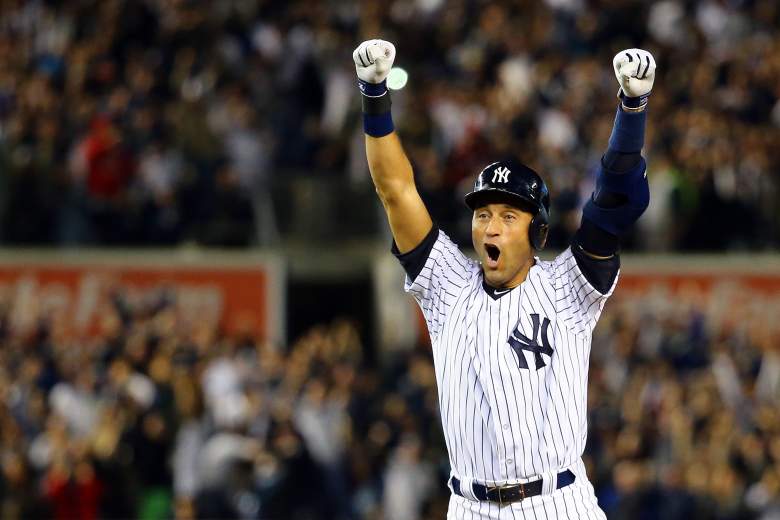 Derek Jeter at Yankee Stadium on September 25, 2014 in the Bronx borough of New York City. (Getty)

Derek Jeter is one of the wealthiest baseball players alive today.

According to Celebrity Net Worth, Derek Jeter’s net worth is $185 million. 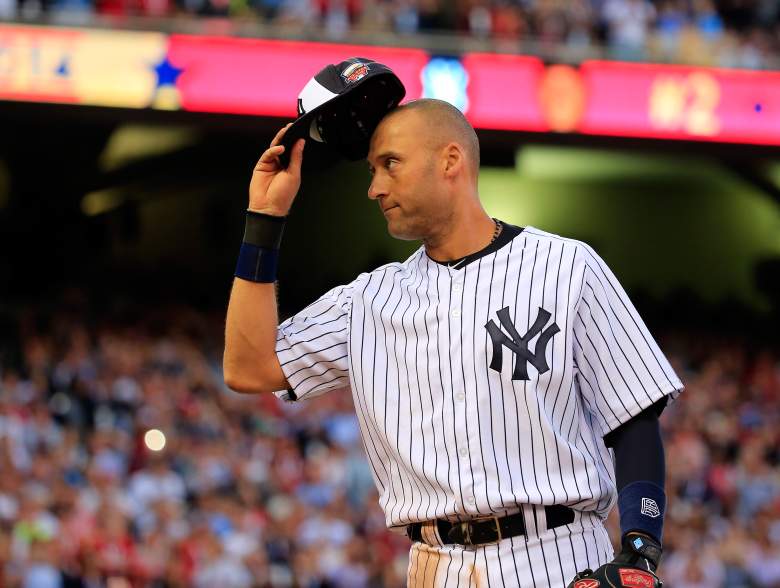 It took quite a few years of work for Derek Jeter to be making millions of dollars.

By the end of his third season, Jeter had made $1.43 million total.

But in 1998, Jeter had his salary determined by an arbitrator, and he started getting paid $5 million per year. 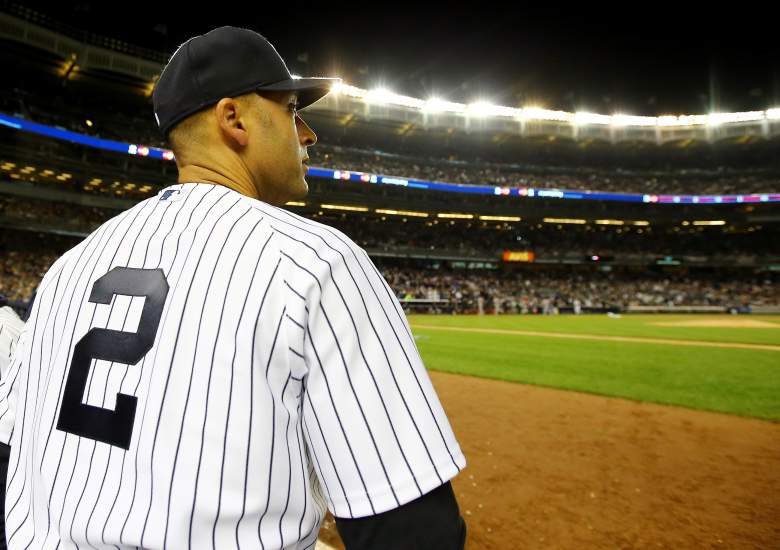 Derek Jeter in his last game ever at Yankee Stadium on September 25, 2014. (Getty)

In February 2001, Derek Jeter signed a 10-year contract with the Yankees.

According to Forbes, this contract was worth a total of $189 million.

The New York Times reported in 2001 that at the time, this was the second-largest contract in the history of sports. The first went to that of Alex Rodriguez, who had recently signed a 10-year contract worth $252 million. 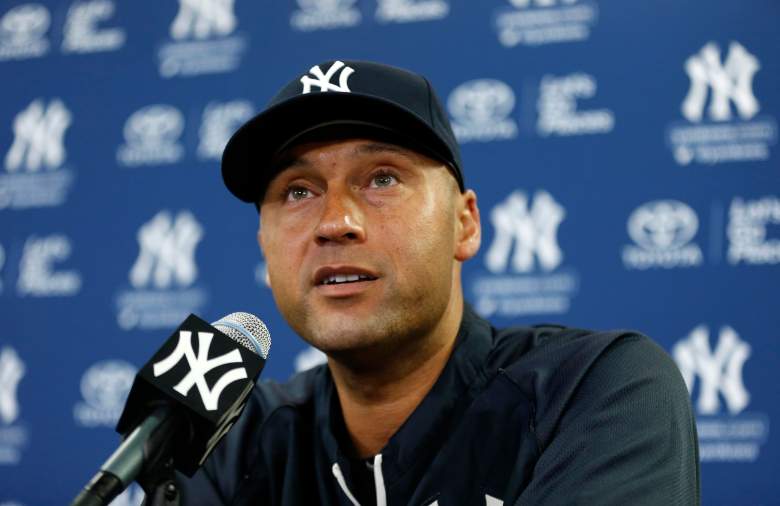 Derek Jeter speaks after announcing that the 2014 season will be his last on February 19, 2014 in Tampa, Florida. (Getty)

According to Forbes, Derek Jeter made $400 million in total throughout his career.

This includes his $189 million contract with the Yankees, but it also includes $130 million in endorsement money. Throughout his career, Jeter was sponsored by products such as Nike and Gatorade.

Jeter’s total career earnings are the second-highest in baseball history, coming in behind Alex Rodriguez. Rodriguez ended his career with $480 million in career earnings, according to Forbes. 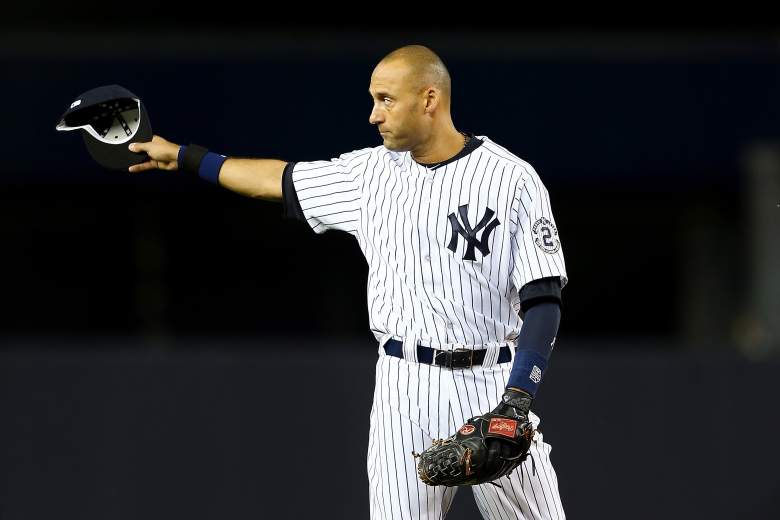 The deal to purchase the Miami Marlins reportedly cost $1.3 billion, according to Bloomberg.

Jeter is hardly the only person involved in the sale, though. There’s also former Florida governor Jeb Bush, whose net worth is estimated to be $20 million, according to Celebrity Net Worth.