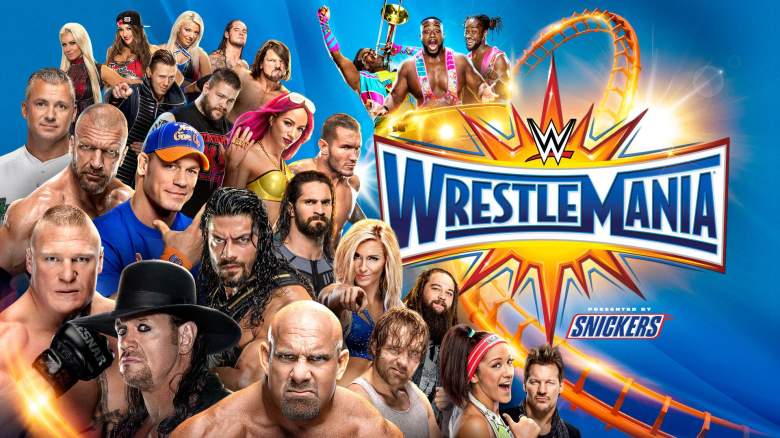 WrestleMania 33, the WWE’s biggest event of the year, is currently underway. How long is this event going to be, exactly?

WrestleMania is expected to be at least four hours long, likely closer to five hours. It officially begins at 7:00 pm. Eastern Time and should wrap up between 11:00 p.m. and 12:00 a.m. Eastern Time.

That isn’t counting the kickoff show, however, which begins at 5:00 p.m. Eastern Time, is two hours long, and concludes at 7:00 p.m. Eastern Time. This pre-show consists both of banter between the hosts and of several matches; this year, the Cruiserweight Championship match and the Andre the Giant Memorial Battle Royal match will take place during the pre-show. The SmackDown Women’s Championship match was originally going to be on the kickoff show, but it was moved to the main program earlier this week.

WrestleMania 32 was nearly seven hours long. That’s assuming you watched it from the beginning of the pre-show, as that pre-show was two hours and the event itself was four hours and 50 minutes. 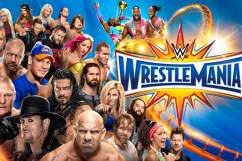 Going into last year, it was expected that the show would be four hours, but it ended up going quite a bit over time. It seems very likely that this year will go over time as well and that we’ll be looking at a five hour show again. After all, WrestleMania 32 only consisted of nine matches, whereas WrestleMania 33 will consist of 11 matches.

The increasing length of the WrestleMania show has lead to some complaints from fans, who feel that WrestleMania gets tiring after so many hours of content; for that same reason, some complain about Monday Night Raw being three hours and not two.

We don’t yet know what order the WrestleMania matches will take place in, but the rumor is that the show will close with the match between Roman Reigns and The Undertaker, with the second-to-last match being the Universal Championship match between Goldberg and Brock Lesnar.

Read More
Pro Wrestling, WWE, WWE Raw, WWE Smackdown
WrestleMania 33, the WWE's biggest event of the year, is just hours away. How long is this event going to be, exactly?