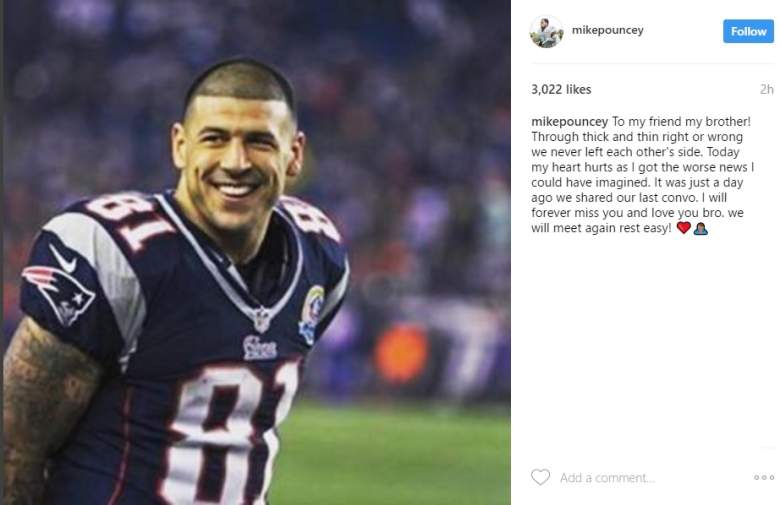 The Miami Dolphins’ Mike Pouncey remembered his friend, former New England Patriots tight end Aaron Hernandez, with an Instagram post calling him “my friend” and “my brother.” According to authorities, the 27-year-old Hernandez committed suicide while in prison for the 2013 murder of Odin Lloyd.

On Instagram, Pouncey posted a photo of a smiling Hernandez. He wrote in the caption:

To my friend my brother! Through thick and thin right or wrong we never left each other’s side. Today my heart hurts as I got the worse news I could have imagined. It was just a day ago we shared our last convo. I will forever miss you and love you bro. we will meet again rest easy!

While in prison, Hernandez and Pouncey spoke on the phone several times. While preparing for Hernandez’s trial in the double homicide of Daniel Jorge Correia de Abreu and Safiro Furtado, prosecutors asked the judge to allow transcripts of Hernandez’s conversations with Pouncey to be admitted as evidence. According to TMZ Sports, the prosecutors believed that Hernandez used “try” as a code word for “being disrespected.” Just last week, Hernandez was acquitted of those murders. 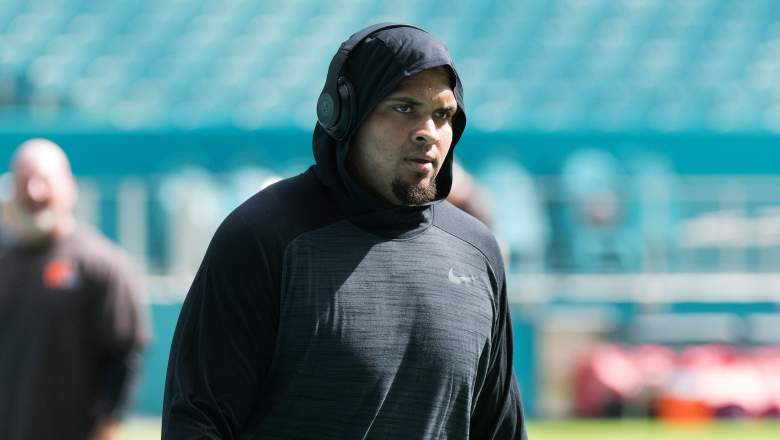 Hernandez and Pouncey played at the University of Florida together and stayed friends. In 2014, Deadspin found an Instagram photo showing a framed Hernandez jersey hanging in his home. The photo was possibly taken by a friend of Pouncey’s girlfriend, Kristian Fong.

Pouncey is a center for the Dolphins. He’s been with the team since he was drafted in the first round in 2011. He was named in the 2014 report as one of three Dolphins who bullied Jonathan Martin, along with Richie Incognito and John Jerry. Despite that, Pouncey got a five-year contract extension in April 2015. He was on injured reserve for most of the 2016 season.

In 2013, Pouncey and his twin brother, Maurkice Pouncey, were seen wearing “Free Hernandez” hats. In an interview with USA Today Sports at the time, he refused to comment or apologize, as Dolphins training camp had just started.

His brother, who plays center for the Pittsburgh Steelers, did apologize, tweeting, “I fully recognize the seriousness of the situation involving my former teammate, and I regret that my actions appear to make light of that serious situation.”

“We made some mistakes in the past and we learned from them,” Maurkice told The Leddger in 2015. “I’m glad they happened because you always got to learn in life. We were young … then, but we’re grown up and trying to be the positive role models — something for these kids back in Lakeland to look up to — and it means a lot to us.”