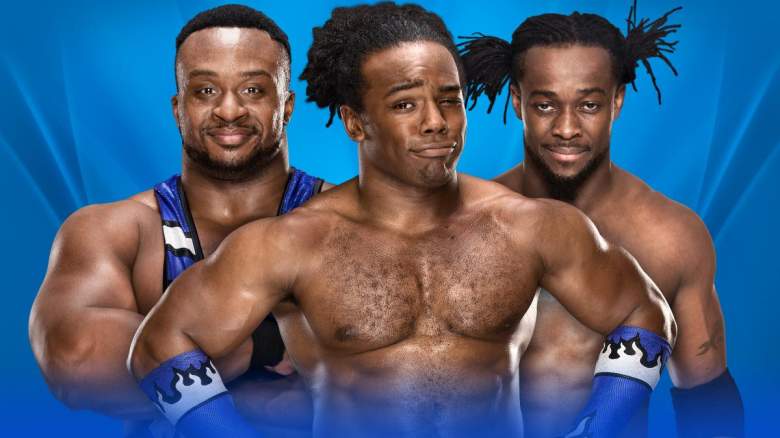 A “superstar shake up” will take place in the WWE next week, during which wrestlers will be traded between Raw and SmackDown. So where does this leave Kofi Kingston, Big E and Xavier Woods? Will The New Day stay on Raw, or are they headed to SmackDown?

According to the new episode of Wrestling Observer Radio, The New Day will be going to SmackDown Live in the superstar shake up.

This decision to trade The New Day does make a lot of sense. After all, the SmackDown tag team division has been struggling lately. There wasn’t even a Tag Team Championship match at WrestleMania, making that the only title that was not defended during the biggest show of the year.

The New Day, on the other hand, is perhaps the most popular WWE tag team in modern times, and so their presence on SmackDown Live will certainly help liven up that division.

But this superstar shake up involves trades, and so who will The New Day be swapped for? The Wrestling Observer has no information on this front, but the options would be American Alpha, Breezango, Health Slater and Rhyno, The Usos, or The Ascension.

Of those, the most logical option would probably be American Alpha, especially considering how well they would fit with Kurt Angle, the new general manager of Monday Night Raw. Theoretically, though, it could be anyone, including The Usos; even though The Usos are the current SmackDown tag team champions, Shane McMahon stated on Talking Smack this week that moving them between shows is still an option.

Up until this past week, The Vaudevillains would also be an option, but one-half of the team, Simon Gotch, was recently released from his WWE contract.

The WWE superstar shake up will take place as part of Monday Night Raw on April 10th.

Read More
Pro Wrestling, WWE, WWE Raw, WWE Smackdown
A "superstar shake up" will take place in the WWE next week, during which wrestlers will be traded between Raw and SmackDown. So where will The New Day end up?