The Captain is coming back to the Bronx.

Derek Jeter, who retired after the 2014 season, will have his No. 2 jersey retired on May 14, 2017, when the New York Yankees host the Houston Astros at Yankee Stadium.

And thanks to online sports retailers Fanatics and SportsMemorabilia.com, you can get your hands on Jeter’s No. 2 jerseys, T-shirts and other collectible memorabilia as his plaque will go into Monument Park to cement himself forever into Yankees history.

Not only do Fanatics and Sports Memorabilia have the latest Jeter gear, but thousands of other Yankees items like shirts, hats, hoodies, jerseys and collectibles for men, women and children.

And keep reading below to find out how to get the most popular Derek Jeter merchandise:

Derek Jeter will go down in history as one of the most beloved and popular Yankees of all-time. And that’s saying something considering all the greats who have put on the Pinstripes. Commemorate Jeter’s jersey retirement ceremony with some of The Captain’s gear, including jerseys, hats and shirts. Click the link below to browse the Derek Jeter store at Fanatics.

If you are interested in the jersey pictured above, click here to buy the Derek Jeter New York Yankees Majestic Road Retirement Patch Official Cool Base Jersey. 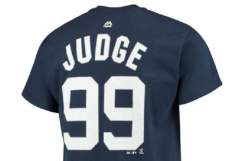 Derek Jeter will get his plaque in Yankee Stadium’s Monument Park on Mother’s Day 2017, joining many other New York greats who have helped make the Yankees one of the most popular sports franchises in the world. There is no shortage of Jeter memorabilia, including signed collectibles and autographed bats, balls and cards. Click the link below to browse all of Derek Jeter’s collectibles at SportsMemorabilia.com.

If you are interested in the plaque shown above, click here to purchase the Derek Jeter New York Yankees World Series Framed Collectible With Five World Series Replica Tickets. 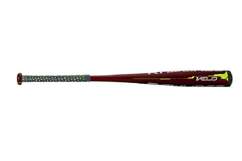 Made of 100 percent cotton, the machine washable navy T features Jeter’s name, his No. 2 and the retirement date — 5/14/17 — in screen print graphics.

Let everyone know who your favorite Yankee is with the Derek Jeter Number Retirement Low Profile 59FIFTY Fitted Hat by New Era.

Made of 100 percent polyester, the mid-crowned, structured fit cap features a curved bill and a Derek Jeter Captain patch in embroidered graphics on the side.

Always have a memory of No. 2 with the Derek Jeter Autographed Baseball from his final season in 2014. The collectible, which was autographed by Jeter at a private signing, comes with a Certificate of Authenticity from SportsMemorabilia.com and a Steiner Sports tamper-evident hologram. It is backed by SportsMemorabilia.com’s Authenticity Guarantee.

Read More
Baseball, Derek Jeter, New York Yankees, Shopping
wpDiscuz
1
0
Would love your thoughts, please comment.x
()
x
| Reply
Derek Jeter will have his number retired by the Yankees on Sunday, May 14. Check out some of The Captain's official gear and memorabilia right here.