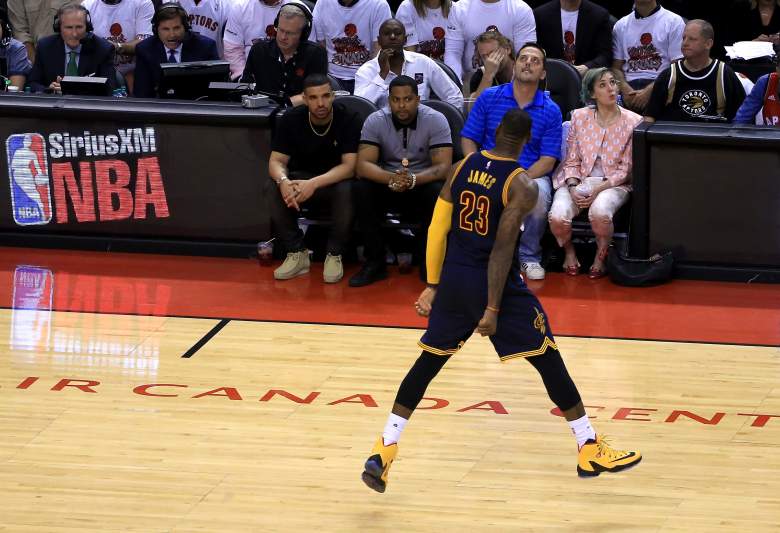 LeBron James of the Cleveland Cavaliers reacts in front of rapper Drake in 2016. (Getty)

Since he was 15-years old, Drake has made a name for himself in the entertainment industry.

The rapper/singer burst onto the scene with an acting role on Degrassi: The Next Generation, a Canadian teen drama series. In 2006, Drake, whose real name is Aubrey Graham, left the show and set out on a highly-successful musical career.

Through his multi-platinum musical recordings, worldwide concert tours and endorsement deals, Drake had a reported net worth of $60 million in 2016.

That gives Drake, a Toronto native, more than enough money to sit courtside at Raptors games. He’s become a regular at big-time Toronto games, so you can expect to see and hear a lot more of him in the Eastern Conference semi-finals against the LeBron James and the Cleveland Cavaliers.

Here’s what you need to know about Drake and the Raptors’ relationship: 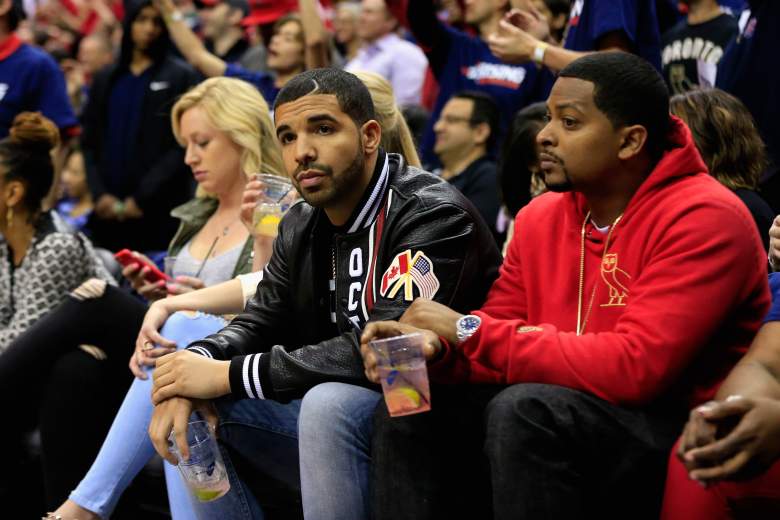 In 2013, the Raptors made headlines when they announced that Drake would serve as the team’s “global ambassador.”

“Today’s probably one of the best days of my life,” Drake said to the Associated Press the day the announcement was made. “I got to throw on the suit and be announced as the global ambassador of the Toronto Raptors. I can’t wait to add everything I can.”

The new role made him the face of the Raptors and granted an all-access pass to Raptors home games.

It made Drake an official part of the franchise and was the first of its kind in the NBA. His duties weren’t exactly defined, but included helping the team’s rebranding effort and the promotion of the 2016 All-Star Game in Toronto.

The Raptors’ website even has a spot that’s all-things Drake. 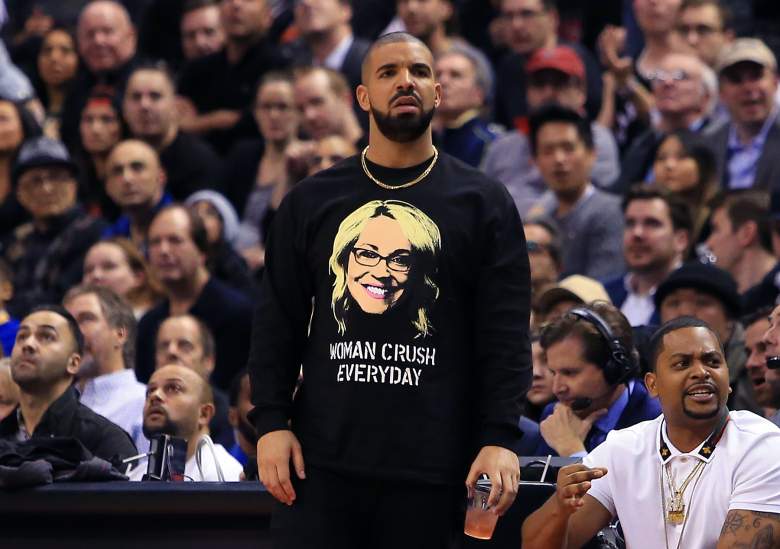 The Raptors have grabbed Drake’s fame by the horns ever since he was named the ambassador.

They held the fourth annual “Drake Night” in Toronto in 2016 when the Golden State Warriors came to town. With Drake in attendance, every fan was gifted a limited-edition shirt and he planned the halftime entertainment.

you used to call me on myyyyy pic.twitter.com/SRlctNP7Zt

In a pregame press conference, he told Billboard how excited he gets for the annual promotional night.

“I like to think of Drake Night as the third true marker of the season starting,” he said. “So you get a real look at what the city has to offer as a fan base. We are a rowdy bunch. We are an extremely supportive bunch and I like to think that Drake Night gets that mentality started for the city.”

The first edition of “Drake Night” was held in 2014 against the Brooklyn Nets.

3. He Was Denied Entry to the Miami Heats’ Locker Room 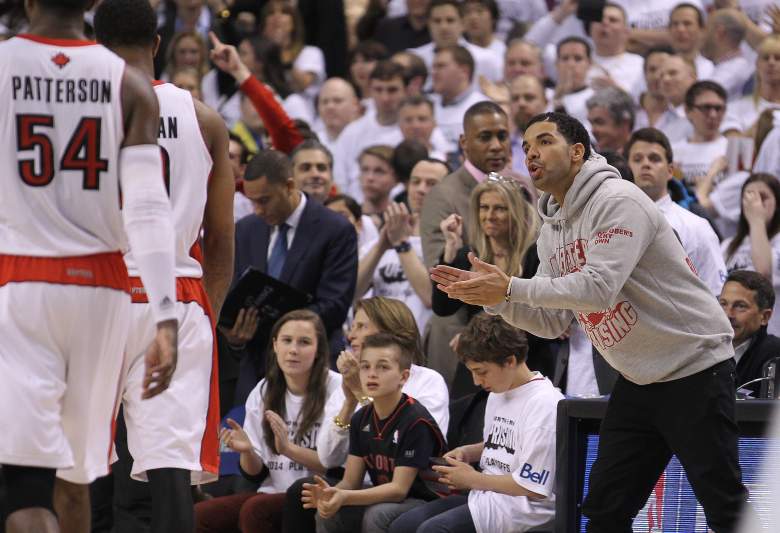 Drake’s time spent around professional basketball hasn’t been limited to the Raptors. He’s given many performances at games throughout the years and was part of the introductions for the 2016 All-Star Game.

Before that, though, he was the focus of an incident after the Miami Heat‘s NBA Finals victory in 2013. He tried to gain entry to the champagne-soaked American Airlines Arena, but he was denied entry.

Security officers at the arena turned Drake away when he tried to get into the locker room with media members. He tried to plea his way in, saying “I am media,” but ultimately walked away.

He told ESPN’s Highly Questionable /em> in an interview that even though the Raptors weren’t playing in the championship series, it was one of the “greatest nights” of his entire life.

We were having a great time, and as a joke I tried to go in with the media through the media entrance, as they were all swarming in. That was a great night, one of the greatest nights of my life. But that was probably the highlight, getting denied by that old (security) guy and it making news everywhere. That’s a classic moment. I’m allowed to go in the Heat locker room for the most part, I just tried to do it a funny way. It didn’t work out for me, I’ll never do it again.

4. Drake & LeBron Are Friends, But Have Gotten Into It Altercations 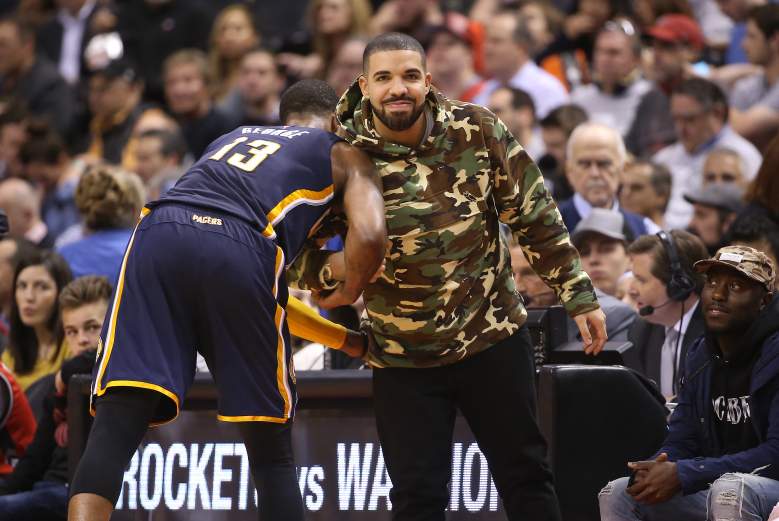 During the 2016 Eastern Conference Finals, Drake didn’t have much remorse when he trolled LeBron on Instagram after the Raptors beat the Cavs.

The Raptors won Game 3 of the series, 99-84, despite James’ best effort to will his team to victory. He led Cleveland in points (24), rebounds (8) and assists (5), but was greeted by a playful message by Drake on his Instagram feed afterward.

Drake wasn’t at the game, but didn’t miss out on his opportunity to chime in on the outcome. He was at it again after Game when he sat courtside. He was shown on the television broadcast standing out of his seat at points and talking trash to the Cleveland players.

Toronto won the game 105-99 to even the seven-game series at two games apiece. He went to Instagram again to give thanks to Cavs guard Kyrie Irving for his lackluster play.

LeBron and the Cavs got the last laugh, though. In Game 6, LeBron seized his opportunity to return the favor to Drake.

On his way back to the bench before a timeout, LeBron appeared to yell at Drake and did so again after a huge dunk.

LeBron James shouted some stuff to Drake after his massive dunk. Drake continued to drink. pic.twitter.com/MIQD6MOtVj

The Cavs prevailed in the series and LeBron was stopped in the lobby by none other than Drake, who congratulated him as they moved on to the Finals. Cleveland came back from a 3-1 series deficit to beat the Warriors and win the title.

5. Some Fans Accused Drake of Skipping Out of Raptors Games In 2017 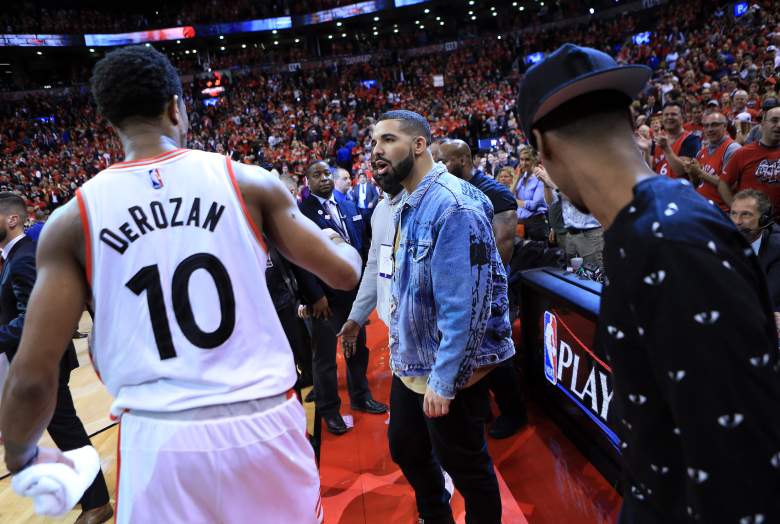 Drake usually never passes on going to Raptors games, but that was questioned by many fans in 2017 when he hadn’t been seen at games.

Shout out to the girl who won the #Drake seats at the #Raptors game and hasn't gotten off her phone. Glad a real fan got to sit courtside

Complex noted in an article that there were very few mentions of the Raptors on his social media accounts, which is quite the change.

But that’s understandable, as Drake went on a worldwide tour that began in January and ran through March.