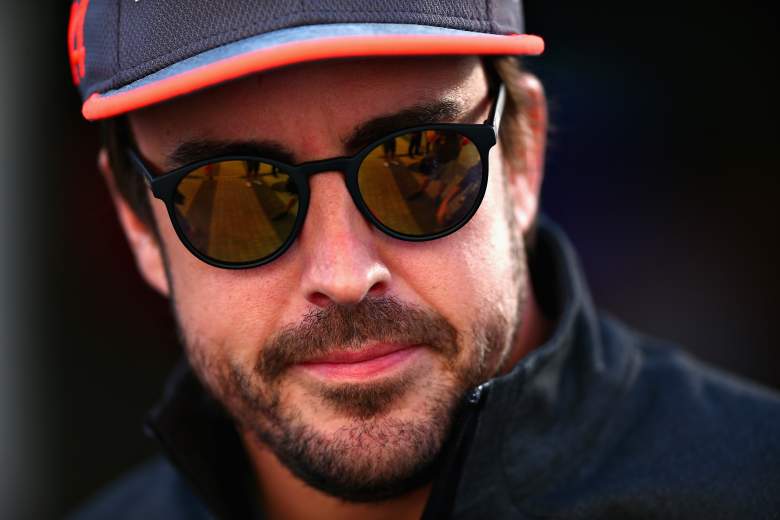 Fernando Alonso, two-time Formula One world champion and widely considered one of the best Formula One drivers of all-time, is preparing to make his IndyCar race debut at Sunday’s Indianapolis 500.

Alonso enters the 101st Indy 500 with a Honda-engined IndyCar run by Andretti Autosport, owned by former McLaren driver Michael Andretti. If Alonso can win the Indy 500, he will then set his sights on winning the Le Mans, and joining Graham Hill as the only drivers to win racing’s ‘Triple Crown’.

Here’s what you need to know about the 35-year-old IndyCar “rookie”: 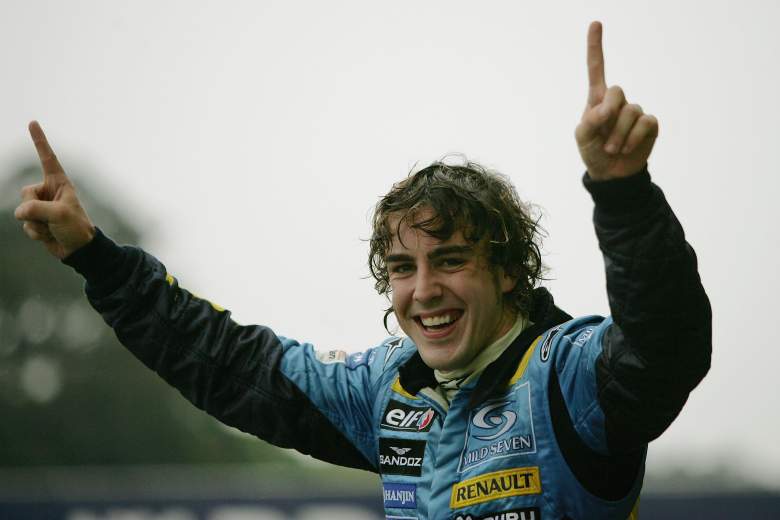 Alonzo, born in Spain, won the World Drivers’ Championship again in 2006, making him the ninth driver in F1’s history to win consecutive titles. Alonso was runner-up World Drivers’ champion in 2010, 2012, and 2013. Alonzo became the 4th youngest driver in F1 history, when he made his debut at 19 years, seven months and three days, according to Bleacher Report.

Alonso has competed in 276 Formula One races, and his 32 wins ranks sixth all-time. His first win was at the 2003 Hungarian Grand Prix. His most recent win came in the 2013 Spanish Grand Prix.

2. Alonso Raced Well in the Qualifying Race and Practices 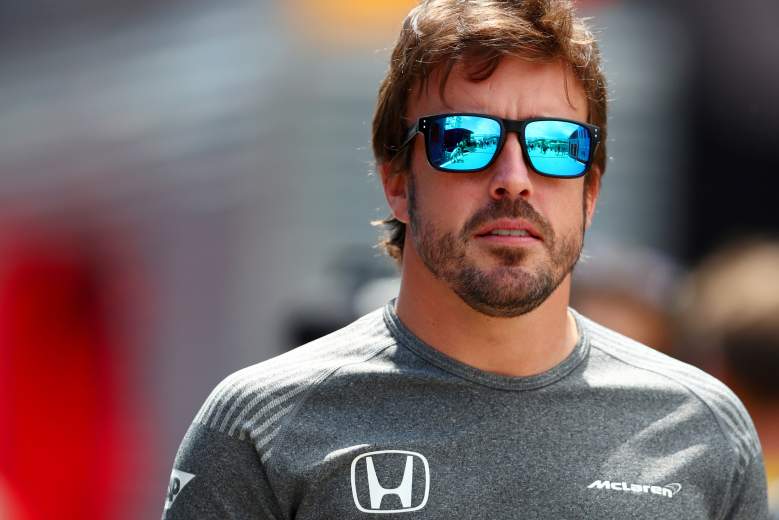 Alonso placed fifth in the qualifying race with an average speed of 231.300 mph. He will begin in the second row between Takuma Sato and JR Hildebrand on the starting grid. Vegas Insider has put him at the seventh-best chance to win the race, at 10 to 1 odds.

Alonso’s driving has been turning heads at practices, and he has received high-praise from some of the sports’ greatest drivers. Former F1 World Drivers’ champion and Indy 500 winner Mario Andretti said he sees the same “spark” in Alonso that made him make the move from F1 to Indy 500. Takuma Sato, who raced F1 from 2002-2008 and now races IndyCar, called Alonso’s practices “very impressive.” Michael Andretti will be Alonso’s strategist for Sunday’s race.

“I do not only think Fernando can win, but that he is going to win,” said Andretti. “If we don’t make mistakes, he had as good or better chance than anybody.”

3. Alonso Started Kart Racing When He Was Young 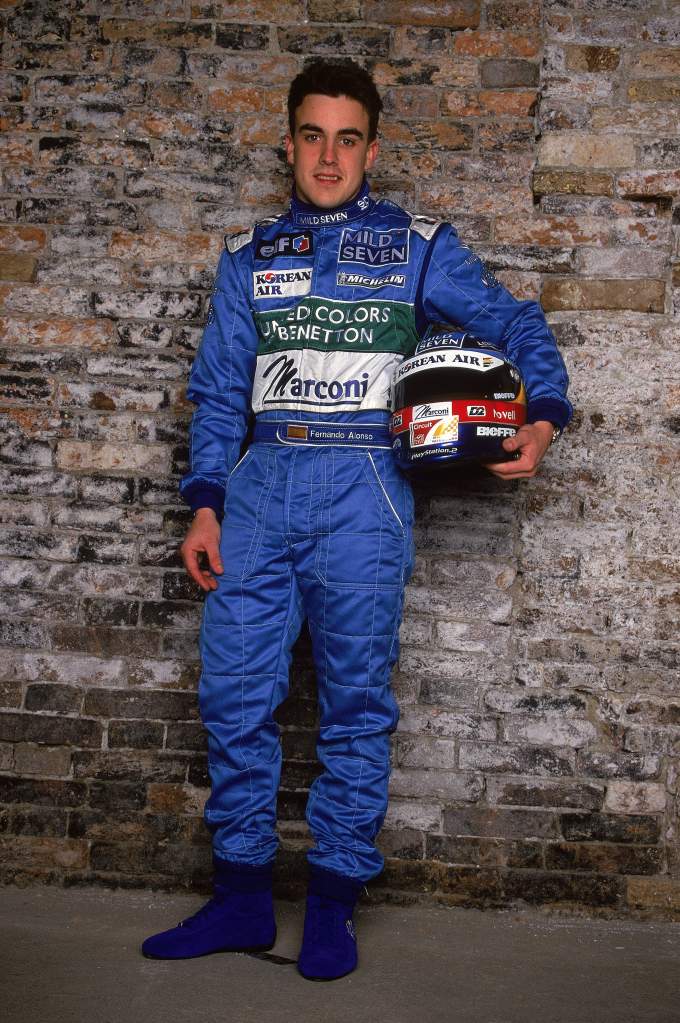 Alonso wrote in an article for The Players’ Tribune that his father built a go-kart for his sister when she was eight, but she had no interest in using it, so it was given to Alonso to use when he was three.

After four years of playing with the cart, Alonso started to compete in national competitions, according to Formula1.com. In 1995, he won the first of five karting championships. In 1996, he won the world crown, according to Formula1.com. Alonso then made the switch to racing with gears, when he joined ex-F1 driver Adrian Campos’s Formula Nissan team, and subsequently won the title.

In the Players’ Tribune article, Alonso wrote that learned something about himself while racing go-karts:

“I love to race. Like really, really race. And that’s why on May 28, on the biggest weekend in motor sports, I won’t be with my Formula 1 team at the Monaco Grand Prix. I’ll be in Indianapolis. Racing at the Brickyard. Because I need to be. The Indy 500 is one of the greatest events in the sport. Drivers all over the world know this. I belong here. Because I’m a racer. I always have been, and I always will be.”

4. Alonso and McLaren-Honda Have Been Marred By Engine Problems 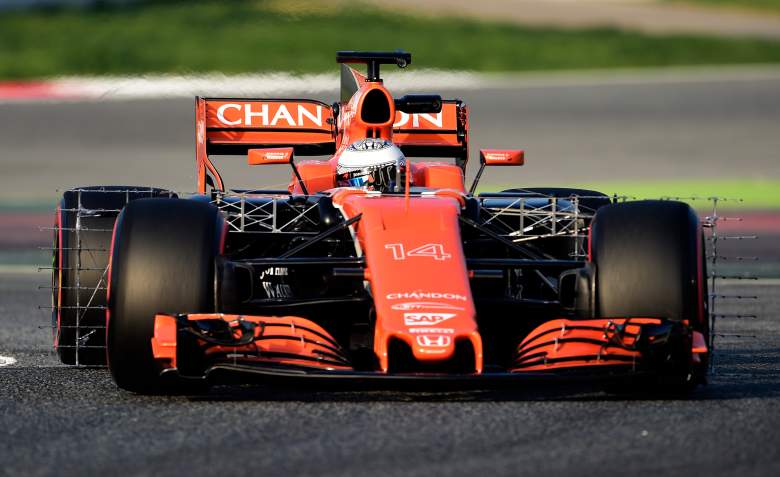 Alonzo signed a three-year deal at the beginning of 2015 with McLaren-Honda for $30 million anually. McLaren signed a multi-year contract with Honda in 2013, but the results have not been good. McLaren drivers have failed to win a race since the 2012 Brazilian Grand Prix, and Honda’s engine problems have led to McLaren possibly finding a way out of their deal and partnering with Mercedes, according to BBC.

Alonso’s 2017 F1 campaign has been marred by car troubles. He has failed to reach the checkered flag in any of the four races he entered, according to Wandsworth Guardian. He didn’t even get to start his last race at the Russian Grand Prix on April, 30, due to mechanical issues on his way to the starting grid.

In addition to mechanical issues, Alonso was also involved in a bad crash during the 2016 Australian Grand Prix that wrecked his car. Watch the crash below. 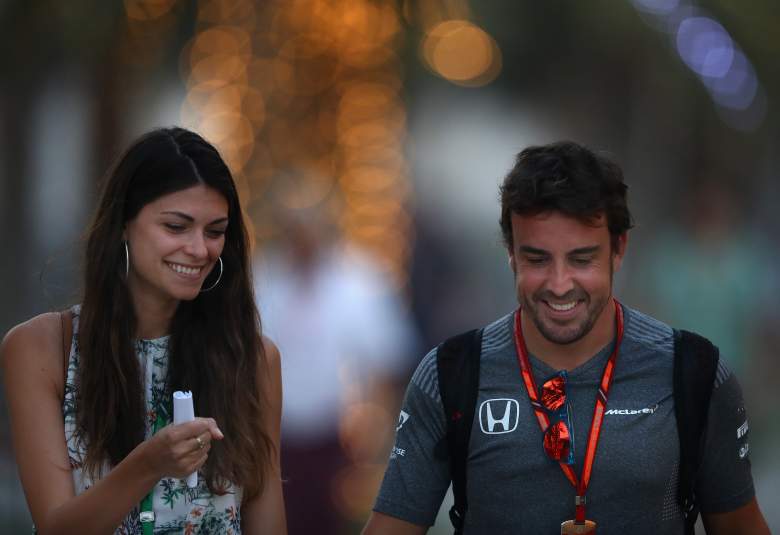 Alonso, who according to The Richest, has a net worth of $200 million, has been dating Italian model Linda Morselli since 2016. She was crowned Miss Elegance at the Miss Italy beauty pageant in 2006. Morselli has been at the Indianapolis Motor Speedway while Alonso prepares for this first Indy 500 race.

Morselli previously dated MotoGP racing-legend Valentino Rossi. The two split in early 2016 after nearly four years together. They were reportedly engaged, according to the Daily Star.

Before dating Morselli, Alonso dated Spanish journalist Lara Alvarez. The two began dating in late-2014 and were reportedly engaged, according to Daily Mail.

Before dating Alvarez, Alonso was married for five years to pop star Raquel del Rasario, from 2006-2011.