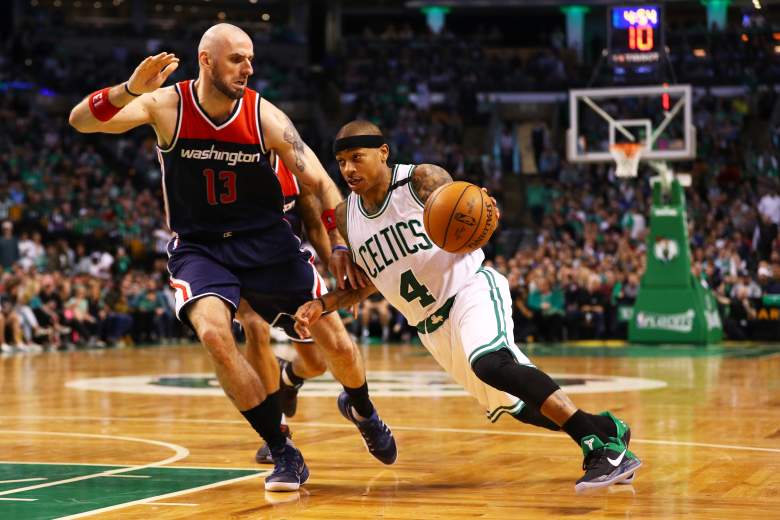 The Boston Celtics diminutive point guard dropped 53 points Tuesday night against the Washington Wizards, propelling his squad to a 129-119 victory in overtime and taking a commanding 2-0 lead in the best-of-seven second round series.

With this performance, Thomas firmly entrenched himself among the countless Celtics greats — becoming the fourth player in franchise history to score 50 or more in a playoff game and the first since Ray Allen did it in 2009.

Thomas drilled two clutch free throws with 14 seconds remaining in the game to tie it all up 114-114. Washington failed to score on their ensuing possession and the game went into overtime. Thomas had 20 total points in the fourth quarter.

In the extra session, Thomas scored nine points on 4-4 shooting from the field, including an and-one dagger that gave him 50 points for the night and more importantly put the Celtics ahead 125-119 with 1:07 to go.

Thomas in the fourth quarter and overtime combined totaled scored 29 points. The Washington Wizards as a team scored just 30 in that same time frame.

The game two stellar showing also came on the same day as his late sister, Chyna’s birthday, — which Thomas revealed after the game. 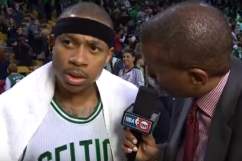 Here’s a look at Thomas’ final stats for the game:

Isaiah Thomas scores his 50th point of the night and sets the Garden on fire! pic.twitter.com/TLE8c9Z4GT

Would you look at the time
⌚️ pic.twitter.com/WjtcpJqPW4

Big offensive board by Horford, who finds Thomas for the clutch corner 3! pic.twitter.com/mzXS1q6Yn2

Isaiah knocks down his second 3 of the game! pic.twitter.com/dhgI4yW3SA