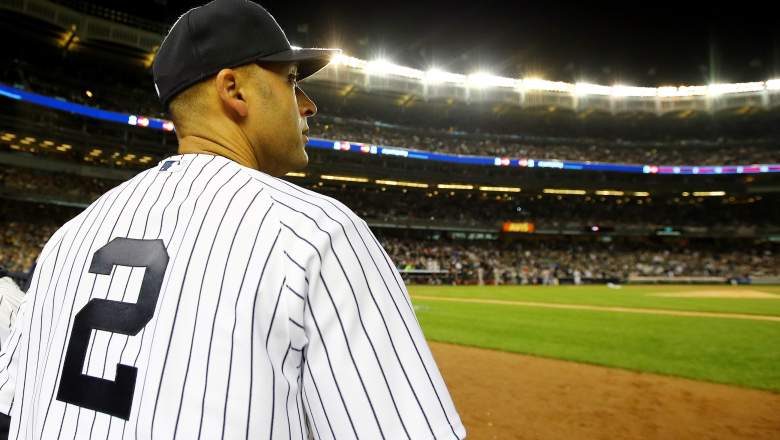 Derek Jeter at his last game in September 2014. (Getty)

Today, the New York Yankees will retire their 21st number, Derek Jeter’s No. 2. At the most storied franchise in Major League Baseball, the Yankees have more retired numbers than any team in the league. Are there any other franchises in North American pro sports that have over 20 numbers retired? Here’s a look at the teams from each of the four major pro leagues with the most retired numbers. 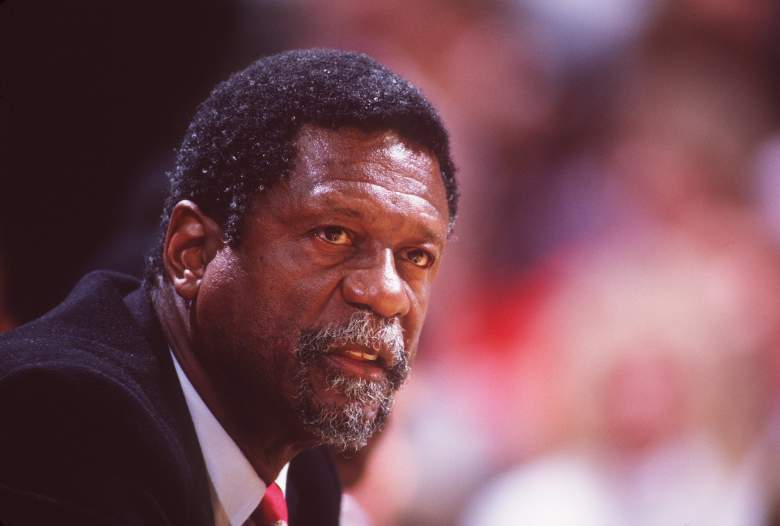 Bill Russell’s No. 6 is retired by the Celtics. (Getty)

The Boston Celtics have more championships than any other NBA team in history, winning 17, one more than the Los Angeles Lakers. The team currently has 21 numbers honoring 22 different players. In May 2017, Boston Celtics owner Wyc Grousbeck confirmed that Paul Pierce’s No. 34 will be retired next season, breaking the franchise’s tie with the Yankees for most retired numbers.

How can the Celtics have 21 retired numbers to honor 22 players? That’s because the team honored two legends who wore No. 18. In 1981, the team retired the number to honor Dave Cowens, an integral part of the Celtics two 1970s championships.

The Celtics also retired “LOSCY” in honor of Jim “Loscy” Loscutoff, who won seven World Championships with the C’s and was part of the six-straight championship wins from 1958 to 1963-64. He helped the Celtics win their first championship after the 1956-57 season by averaging 10.6 points a game. Loscutoff asked the team not to retire his number so Owens could wear No. 18. 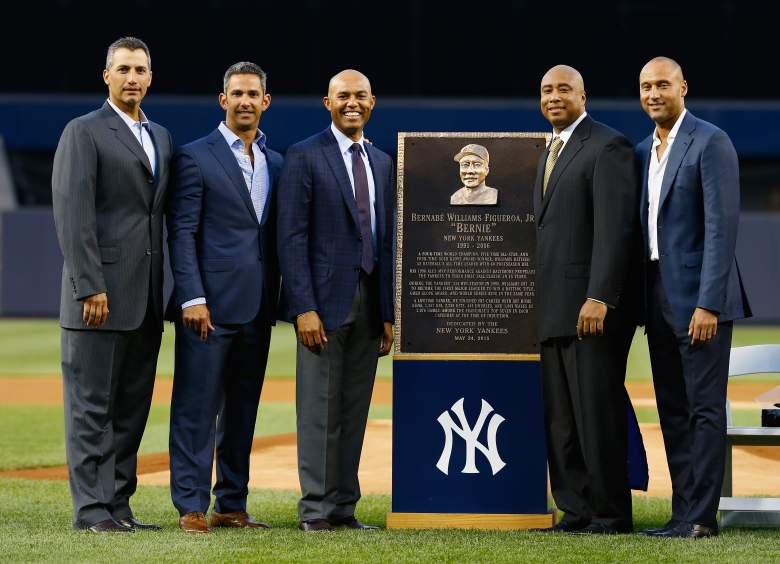 The New York Yankees, winners of 27 World Series Championships, will have 21 retired numbers after Jeter’s number is added. No. 2 was the last single-digit number retired by the franchise.

Like the Celtics, the Yankees have a number retired for two different players. When No. 8 was retired in July 1972, the team honored both Bill Dickey and Yogi Berra. Coincidentally, both of them were catchers. Dickey won seven World Championships and hit over .300 in an eye-popping 10 of his first 11 seasons. Berra played on 10 World Series-winning teams and joined the Baseball Hall of Fame the same year then umber was retired.

Like all MLB teams, the Yankees have retired No. 42 in honor of Jackie Robinson. Yankees closer Mariano Rivera was the last active player to wear the number, so the team also has a plaque to honor Rivera’s career. 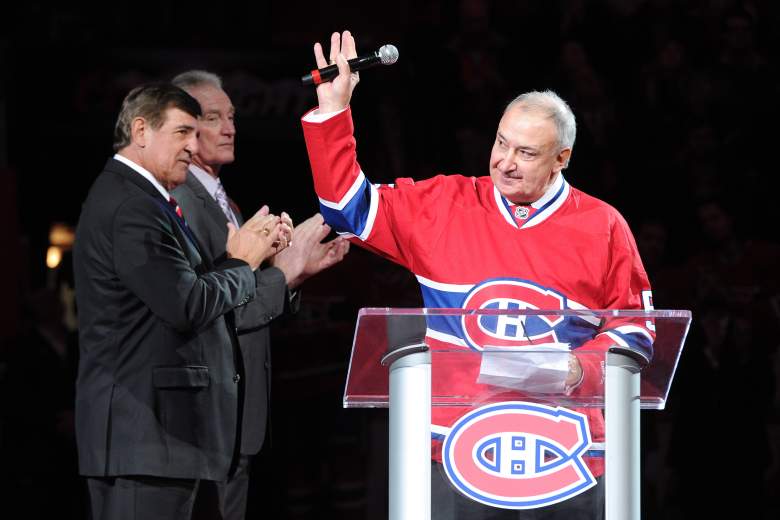 Guy Lapointe during his number retirement ceremony in 2014. (Getty)

The first Habs player to have his number retired was center Howie Morenz, whose Number 7 was retired in November 1937, the same year he died from complications of a broken leg at age 34. He won three Stanley Cup Finals with the Canadiens.

In November 2014, the Canadiens retired No. 5 for a second time, this time to honor defenseman Guy Lapointe. The number was previously retired in 2006 to honor Bernie Geoffion.

Like the Yankees, the Canadians have almost retired all single-digit numbers. The only ones left are 6 and 8. 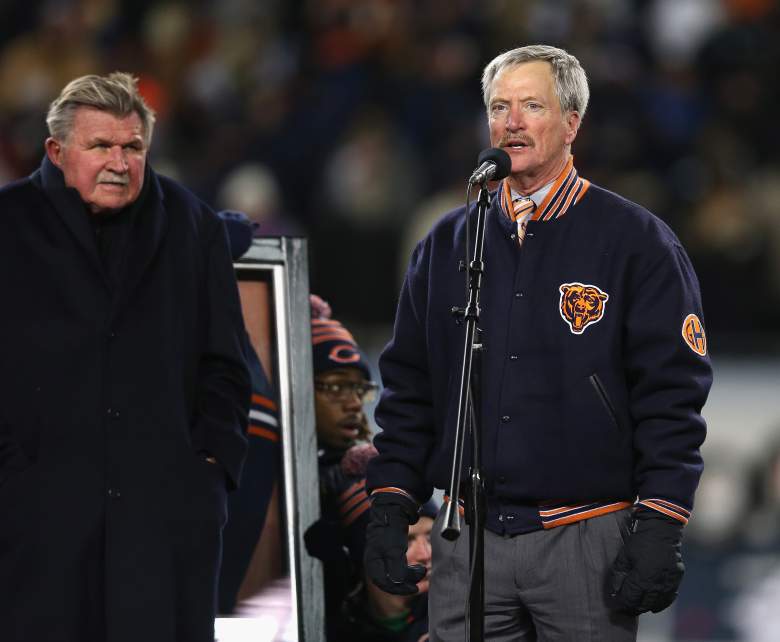 Despite only winning one Super Bowl back in 1985, the Chicago Bears have the most retired numbers in the NFL thanks to the franchise’s rich history before the 1970 AFL/NFL merger. The Bears have 14 retired numbers to honor 14 different players.

Arguably the most important retired number for the Beats is No. 7. That number honors George Halas, who was one of the founders of the National Football League and was among the first players inducted into the Pro Football Hall of Fame. He was also the founder and first owner of the Bears. Since 1984, the year after Halas died, the Bears have also honored Halas by wearing “GSH” on their left sleeves to honor Halas.

The most recent Bears number to be retired is No. 89, to honor Mike Ditka, who played in the early 1960s and coached the Bears to their own Super Bowl win in 1985. His number was retired in 2013.

Although linebacker Brian Urlacker could make a good argument for having his number 54 retired, that will never happen. In 2013, the Bears announced they will not retire another number after retiring Ditka’s

“We have more than any other team in the NFL,” Chairman George McCaskey told the Chicago Tribune. “After this, we do not intend to retire any more but we thought if there is going to be a last one, there is no more appropriate one than 89.”