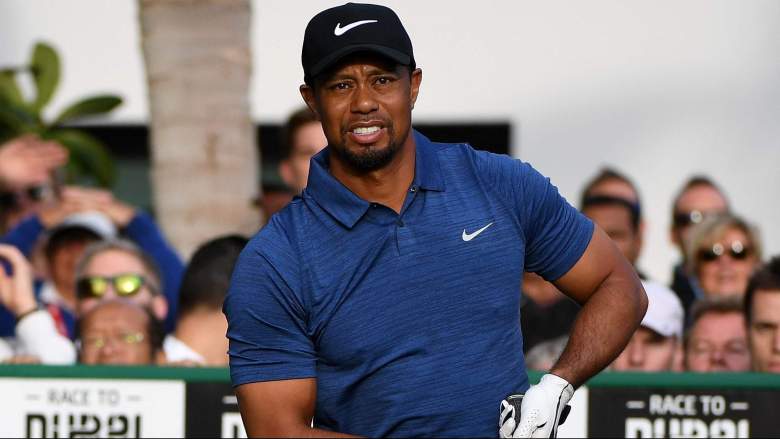 Jupiter police released photos of Tiger Woods‘ damaged black Mercedes from early Monday morning, when he was arrested on suspicion of driving under the influence. The photos confirm that Woods had two flat tires and the front bumper was damaged on the driver’s side. Police say they found Woods parked on the side of the road with his car running. They described the damage as “fresh,” suggesting that they believe Woods damaged the car just before his arrest. 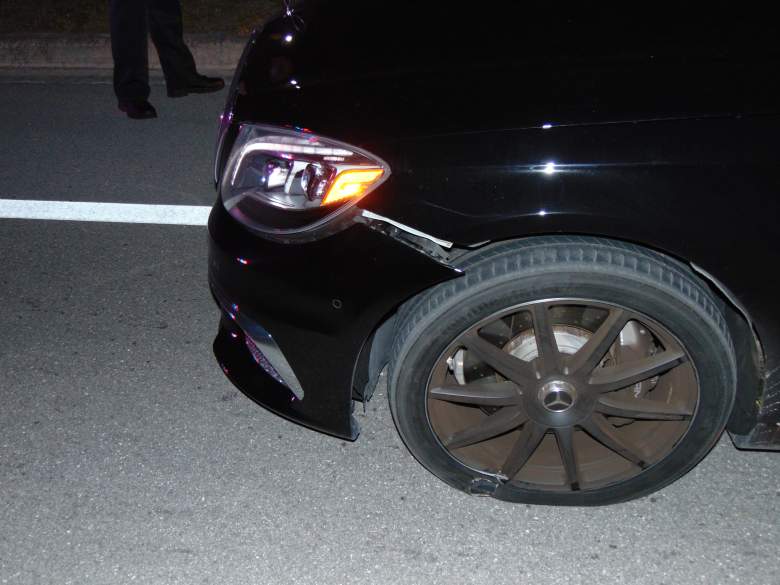 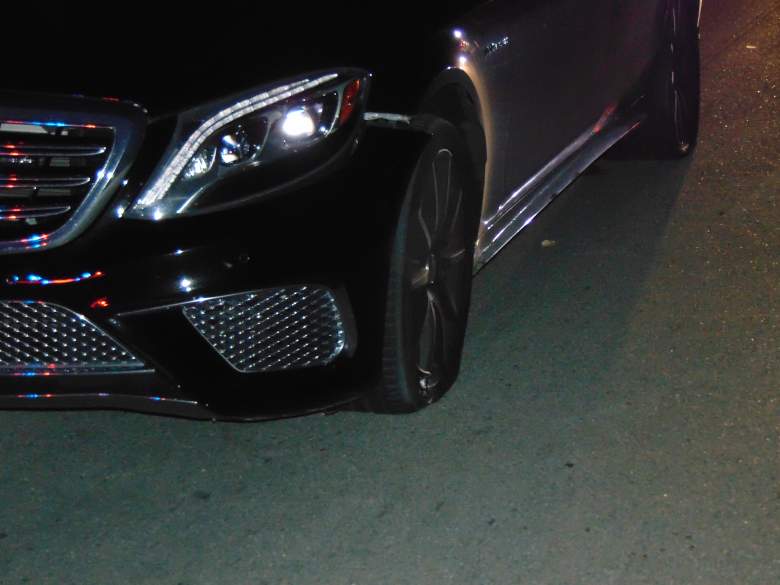 The two wheels on the driver’s side were both flat when police found Woods. (Jupiter Police)

Woods was arrested in Jupiter, Florida, not too far from his The Woods restaurant, at around 3 a.m. Monday morning. The former top-ranked golfer was alone. He was booked at 7:18 a.m. and released on his own recognizance at 10:50 a.m. In addition to being charged with suspicion of DUI, he was cited for “improper parking.” Palm Beach County court documents show that there are six witnesses, all police officers. 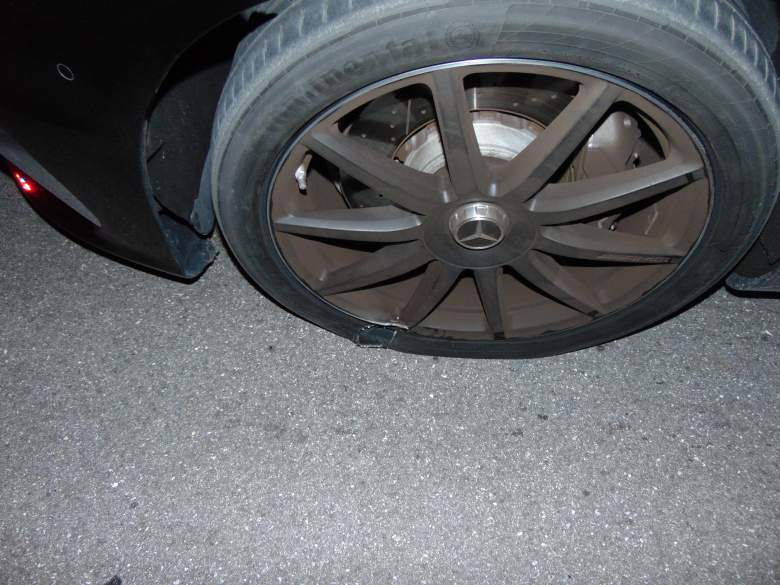 Woods later issued a statement, claiming that he was not under the influence of alcohol, but was unaware of the effects of the drugs he was taking. He had his fourth back surgery last month and missed the 2017 Masters. 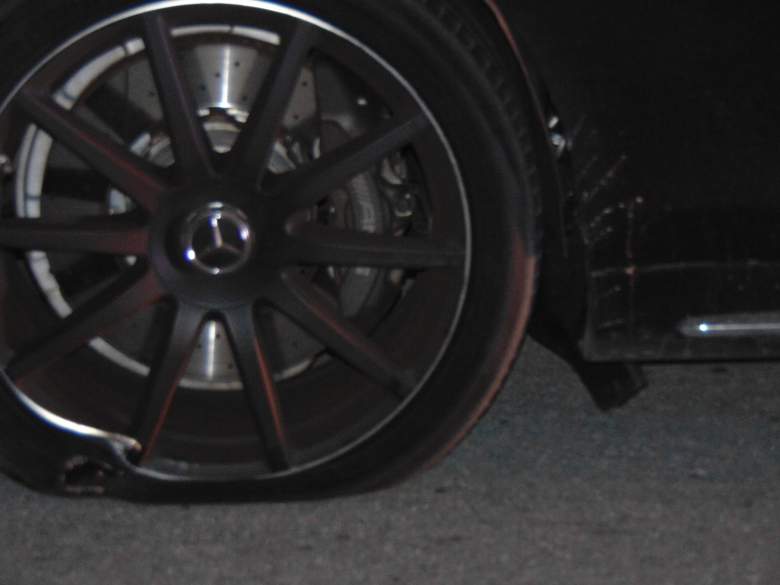 He struggled to keep his eyes open. The golfer failed all of his sobriety tests. When he was asked to recite the alphabet backwards, he asked if he should sing the national anthem backwards. Only after being told repeatedly what the officers wanted did he complete the task, the police report states. Woods also told police that he was coming from golfing in Los Angeles and didn’t know where he was, according to the report. 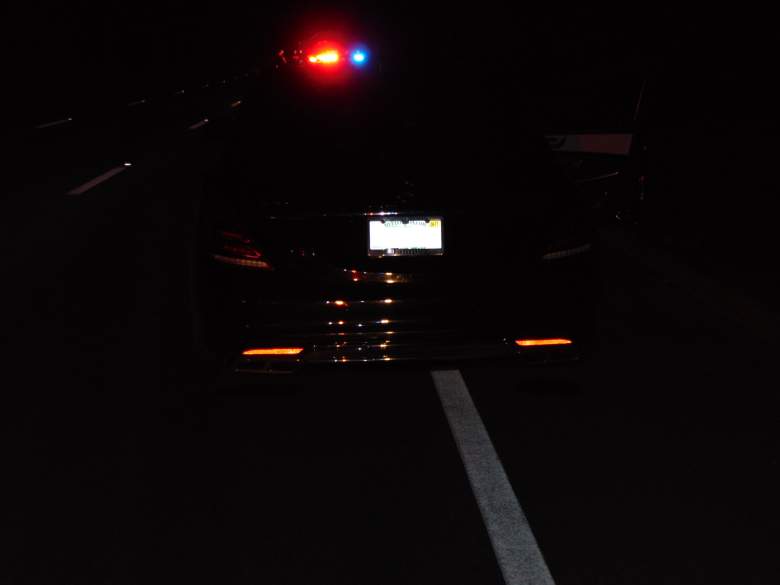 The photo of the back bumper shows more damage. (Jupiter Police)

The 41-year-old Woods later took a breathalyzer test, which confirmed he had a 0.00 blood alcohol level. Woods was described as “extremely sleepy” at the testing facility, although police wrote that he was cooperative during the process.

You can read the entire police report below. Woods is scheduled to be in court on July 5. 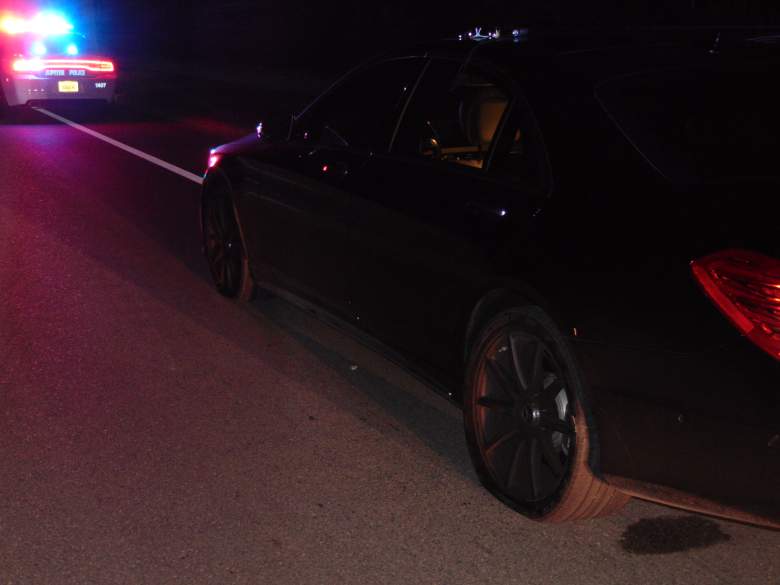 “I understand the severity of what I did and I take full responsibility for my actions. I want the public to know that alcohol was not involved,” Woods said in a statement released hours after the arrest. “What happened was an unexpected reaction to prescribed medications. I didn’t realize the mix of medications affected me so strongly. I would like to apologize with all my heart to my family, friends, and the fans. I expect more from myself, too. I will do everything in my power to ensure this never happens again. I fully cooperated with law enforcement, and I would like to personally thank the representatives of the Jupiter Police Dept. and the Palm Beach County Sheriff’s Office for their professionalism.”