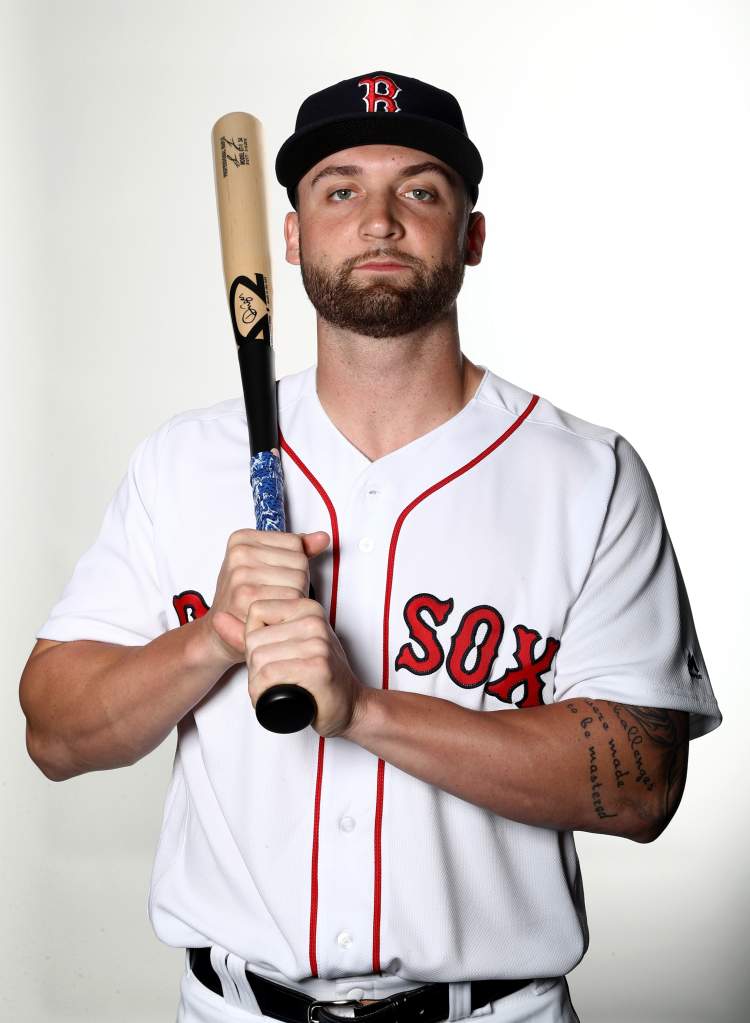 Sam Travis, the Red Sox’s first baseman of the future, was called up from Triple-A Pawtucket on Tuesday, May 23, 2017. Travis made his MLB debut Wednesday, May 24, 2017. The Red Sox hope Travis will provide a spark to an offense that ranks ninth in the American League in runs scored.

The Red Sox plan to hit Travis against left-handed starters, while veteran first baseman Mitch Moreland will start against right-handed pitchers. Entering Tuesday, the Red Sox have hit only four home runs this season against lefties, fewest in the majors, according to ESPN. They have a .718 OPS against lefties.

Travis goes by the nickname “Doctor Chill” and has already earned some praise for his old-school, sans batting gloves approach at the plate.

Here’s what you need to know about Travis:

Travis, 23, was called up by the Red Sox before their game against the Texas Rangers on Tuesday, and got his first start Wednesday, against Martin Perez. He batted seventh in the order and played first base.

Travis recorded a hit in his second Major League at-bat and singled and scored in his third at-bat. He finished his debut going 2 for 4.

Sam Travis records his first career base hit with a single in his major-league debut against the Rangers!! pic.twitter.com/puyhFSxBWa

Travis told ESPN that his family was in attendance for his debut:

“It’s a surreal feeling,” said Travis. “Something you’ve been working for your whole life. It’s pretty amazing. I can’t put it into words. I’m just here to help the team win.”

2. Travis Was Tearing Up Triple-A Pitching 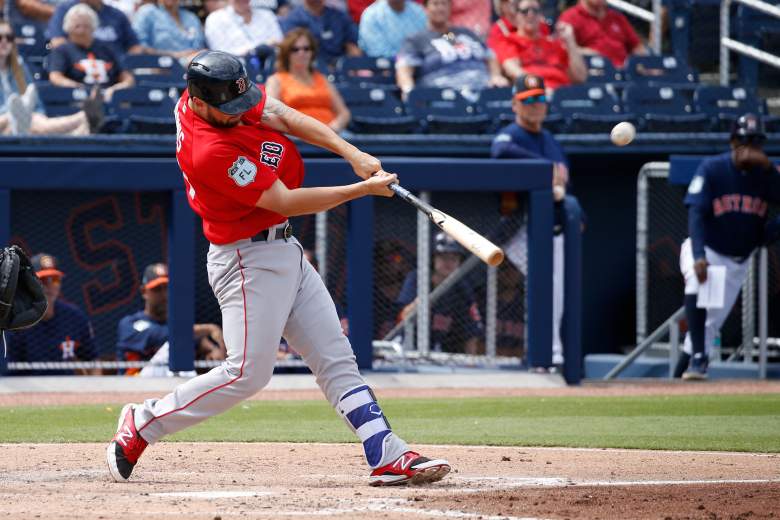 Travis’ performance in Triple-A with the Pawtucket Red Sox, combined with a shoulder-injury to Hanley Ramirez, which has changed the teams’ plans to platoon Ramirez and Moreland at first base, prompted the club to bring Travis up earlier than expected. 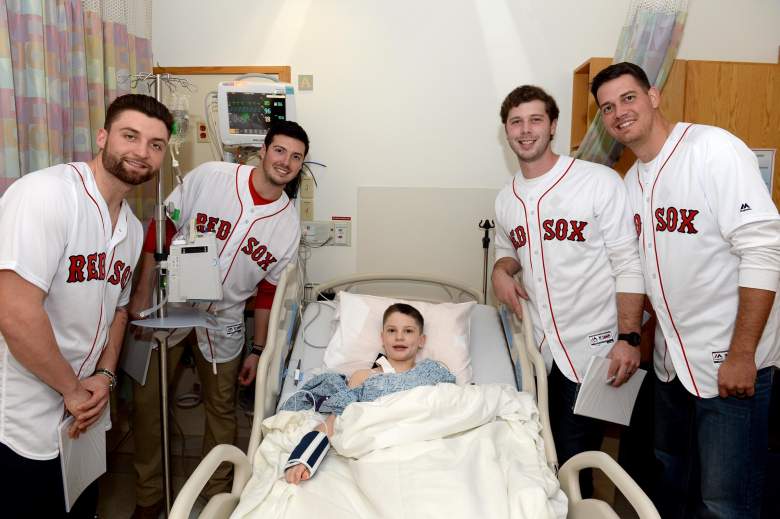 Travis was rated as the Red Sox’s fourth-best prospect and the No. 98 prospect in baseball by ESPN’s Keith Law, according to ESPN.

Travis was ranked in the top-10 first base prospects by MLB Pipeline.

4. Travis Was Teammates with Kyle Schwarber at Indiana University 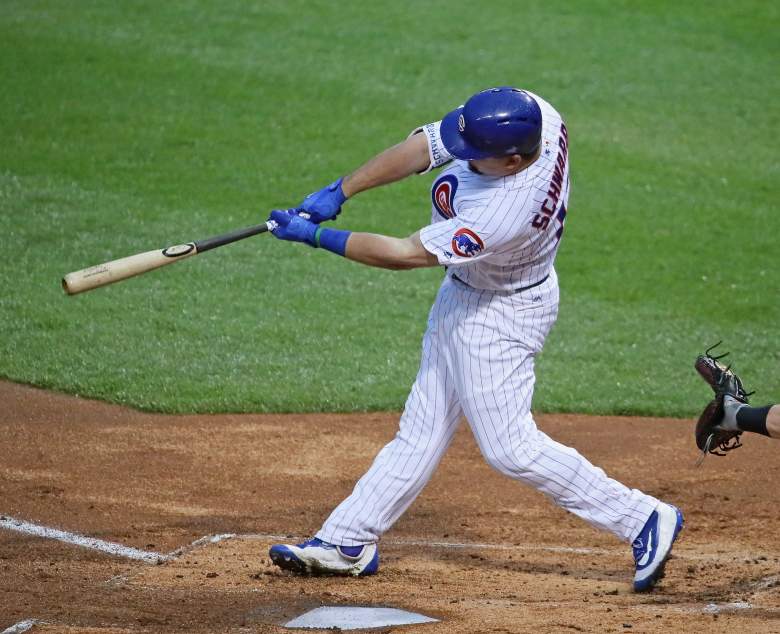 Schwarber and Travis were teammates at Indiana Getty)

Travis and Chicago Cubs outfielder Kyle Schwarber both played their college baseball for the Indiana Hoosiers. The two led the Hoosiers to their first College World Series in 2013 and consecutive Big Ten Conference regular-season and tournament titles in 2013 and 2014.

In 2014, Travis won the Big Ten player of the year award. That season he helped the 18th-ranked Hoosiers win the Big Ten regular season title. Travis led the league that year in home runs, RBIs, hits and total bases, according to the Chicago Tribune. Travis’ .357 batting average was third in the league, and he did not commit an error all season at first base.

Travis also was also named Big Ten freshman of the year in 2012.

The team finished with a record of 20-3.

Schwarber and Travis also shared the unfortunate coincidence of tearing their ACL’s around the same time. Travis said that seeing Schwarber come back from his injury in time to play in the 2016 World Series was an inspiration for him.

“It actually worked out that I had someone to talk to about it like him, and it was great to see what he did in the World Series,” said Travis. “I was super jacked up for him. He’s a great friend of mine, so I wanted to see him do well and it was a lot of fun to watch him.”

Read More
5 Fast Facts, Breaking News, MLB
Sam Travis made his MLB debut with the Red Sox on Wednesday, May 24, 2017. Find out more about the highly-ranked prospect and 2012 Big Ten player of the year here.