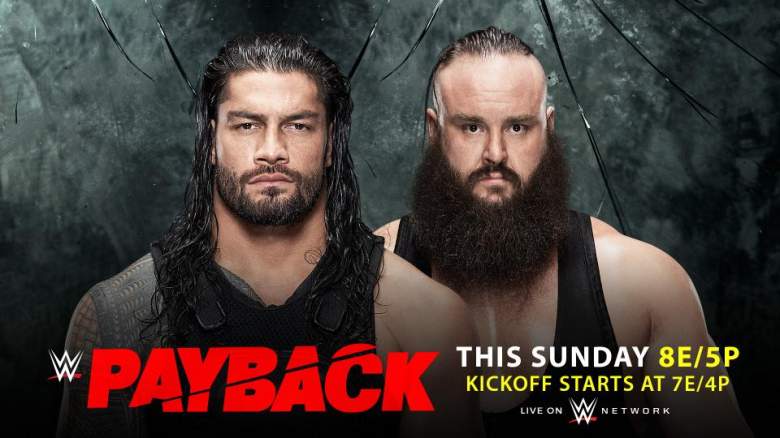 Tonight on Monday Night Raw, Kurt Angle informed WWE viewers that both Roman Reigns and Braun Strowman were injured at Payback last night. So were these two superstars legitimately hurt at the recent pay-per-view? Or is this a scripted storyline?

As far as we know, neither Roman Reigns nor Braun Strowman was actually injured at Payback. This is just a storytelling device meant to explain why Reigns and Strowman are absent from Raw this week.

On Raw, Kurt Angle stated that Roman Reigns had re-injured his ribs and suffered from internal injuries last night. Meanwhile, Angle also said that Braun Strowman tore his rotator cuff during the match with Roman Reigns.

If either superstar was legitimately injured, we almost certainly would have heard about it outside of the context of a scripted Monday Night Raw segment; the WWE typically announces real injuries on its social media pages and website, and they did not do so here.

The WWE really did do a great job making the Payback match look like it was brutal on both men, however. In fact, Roman Reigns even coughed up blood at multiple times during the evening. However, it appears that he was just making use of blood capsules, and no real blood was shed.

The last time Roman Reigns was attacked by Braun Strowman and was “injured” due to Strowman’s brutality, this took him off of television for a few weeks, and it looks like this will happen again following Payback.

We don’t have any sort of timeline for Roman Reigns or Braun Strowman’s return. But Strowman should be back sooner rather than later, as he is expected to soon begin a feud with Brock Lesnar.