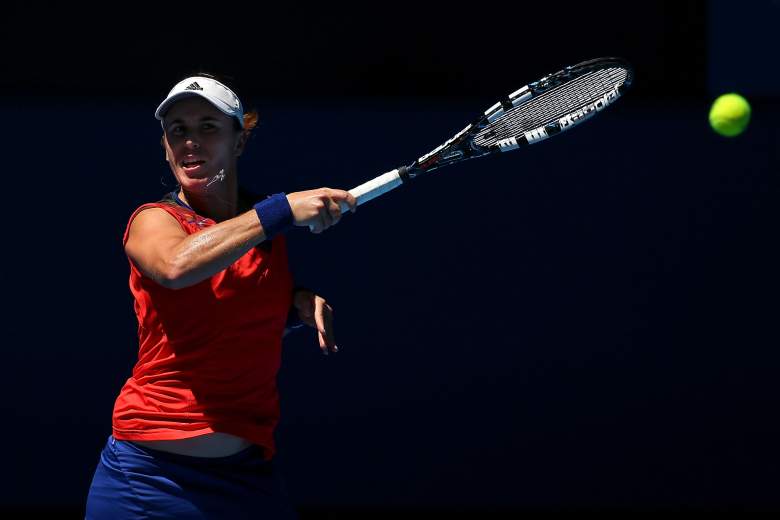 Anabel Medina Garrigues plays a forehand to Sloane Stephens of the United States in the women’s singles match during day three of the Hopman Cup at Perth Arena on December 30, 2013 in Perth, Australia. (Getty)

Jeļena Ostapenko will be competing in the French Open women’s final on Saturday.

The 20-year-old from Latvia surprised the world by making it to this final; she has been playing for three years now and participated in the French Open in 2015 and 2016, both times losing in her opening match.

1. She Began Working With Jeļena Ostapenko in 2017

Ostapenko and Medina Garrigues were introduced because they share the same manager.

“Jelena and I share a manager, and it was him that told me she was a good player,” Medina Garrigues said earlier this year. “He also said she was a girl who was used to working with women, and that I could help her to improve her tennis because I have a lot of experience in my career.”

Medine Garrigues says that she believes Ostapenko is extremely talented and can beat anyone if she tries hard enough.

“Her groundstrokes are very strong, I would say she’s among two or three of the most powerful players currently on tour,” she said. “At the same time she’s just a girl, only 19, and she needs to work at it. She wants to end every point in two shots – you have to explain to her that she needs to adapt to the rival and the surface, learn to build the point, play more organized and be patient to make less mistakes.”

2. She Reached a Career High WTA Ranking of Three 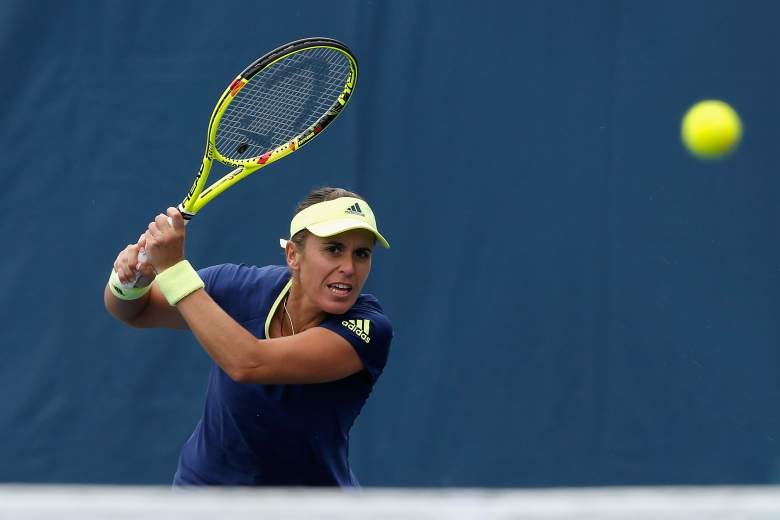 Anabel Medina Garrigues during day two of the Bank of the West Classic at the Stanford University Taube Family Tennis Stadium on August 4, 2015 in Stanford, California. (Getty)

At the height of her career, Anabel Medina Garrigues was considered to be one of the most talented women in the Women’s Tennis Association.

According to Core Tennis, Anabel Medina Garrigues was ranked 16th with the Women’s Tennis Association; this ranking was earned in May 2009. In terms of doubles, though, her highest rank was third in November 2008. As of February 2016, she was ranked 26th in doubles.

Jeļena Ostapenko herself is currently ranked at 47th, with her career high being 33 in January 2017.

3. She Won the French Open Twice 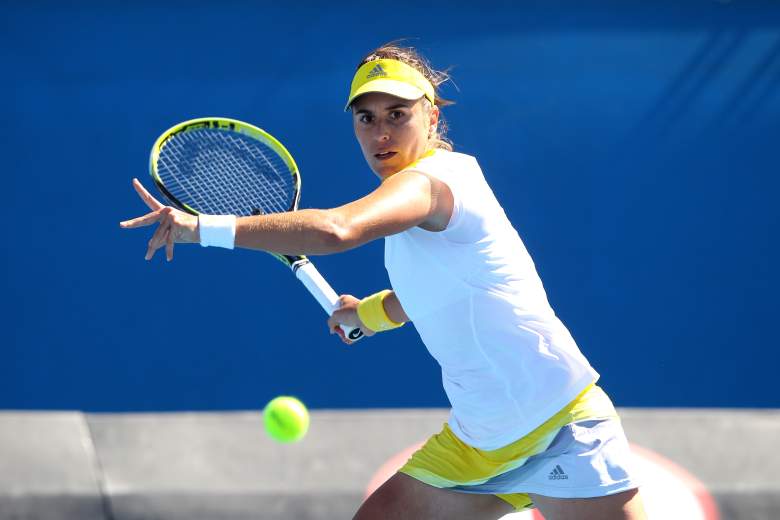 Anabel Medina Garrigues in her first round match against Marion Bartoli of France during day one of the 2013 Australian Open at Melbourne Park on January 14, 2013 in Melbourne, Australia. (Getty)

In 2011, Medina Garrigues reached the final of the Commonwealth Bank Tournament of Champions, but she was ultimately defeated by Ana Ivanovic. She also in 2012 reached the quarterfinal of the Sony Swedish Open, but she lost to Johanna Larsson. 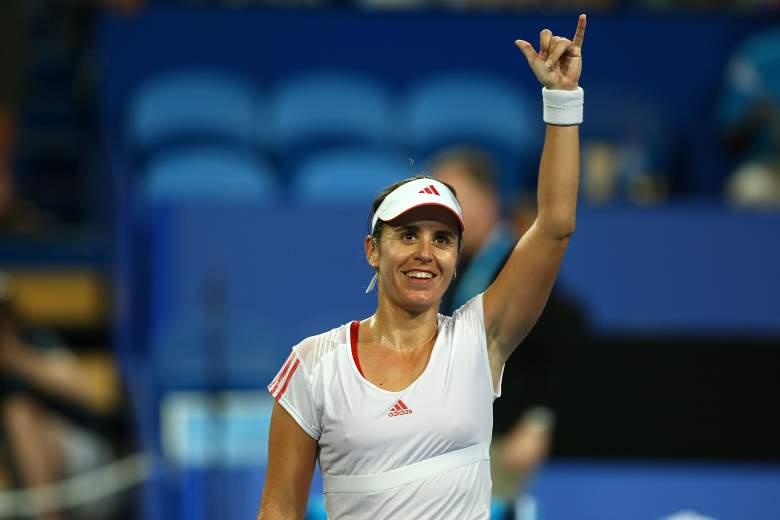 Anabel Medina Garrigues during day one of the Hopman Cup at Perth Arena on December 29, 2012 in Perth, Australia. (Getty)

In 2014, Anabel Medina Garrigues retired from singles tennis; the 2014 French Open was her last tournament. She lost in the second qualifying round to Tereza Smitková, bringing her singles tennis career to a close.

“I really wanted to come to Paris, even if I had to go through the qualifiers, because it’s a very special tournament for me,” she said at the time, according to Tennis Now.

Medina Garrigues was not retiring permanently, though; she was just going to focus on doubles tennis.

“…I’m going to concentrate on doubles from now on,” she said, according to Tennis Now. “I’m glad that I got through this match. The adventure can continue for a while longer.”

5. She Has Been Sidelined Due to a Shoulder Injury 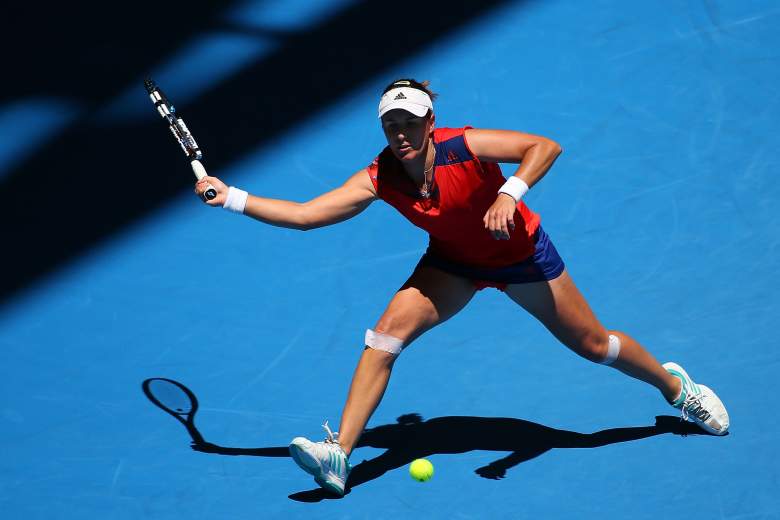 Anabel Medina in the women’s singles match during day seven of the Hopman Cup at Perth Arena on January 3, 2014 in Perth, Australia. (Getty)

Anabel Medina Garrigues is not currently playing tennis due to an injury.

Last year, Medina Garrigues suffered a shoulder injury at Wimbledon, according to WTA Tennis. This sidelined her, but it also freed up her schedule and gave her the opportunity to begin working with Jeļena Ostapenko.

Medine Garrigues has said that she enjoys her life as a coach and that the game becomes much clearer when you’re not on the court.

“So I think the difference now as a coach is that being outside of the court, is that you can see everything like more open and you see things much more clearly than when you are on the court,” she told Sport 360. “So I think I can help a player a lot because of this open view. I’m really enjoying it. I’m a rookie but I’m enjoying it.”