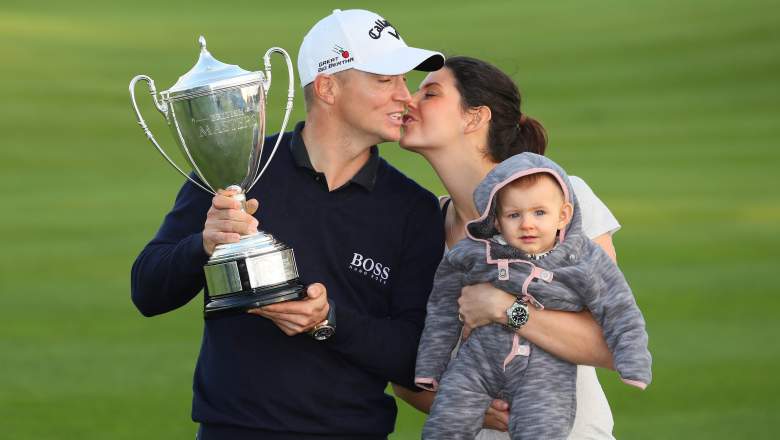 Alex Noren of Sweden, his girlfriend Jennifer Kovacs and their daughter Iris pose with the trophy following his victory during the fourth round of the British Masters at The Grove on October 16, 2016 in Watford, England. (Getty)

Last year, Alex Noren won four times in the European Tour, which catapulted him from 122nd in the world in 2015 to No. 9 at the end of 2016. With all the attention he’s been receiving ahead of the U.S. Open, fans are wondering about his personal life. Is he married? In a relationships? Does Noren have any children?

Read on to learn more about Jennifer Kovacs, Noren’s fiancée.

1. Multiple Outlets Report That the Couple Is Engaged

Multiple outlets have reported that Noren and Kovacs are engaged, including GolfDigest.com.

Noren turned pro in 2005, and has developed a reputation for his incredible work ethic. Speaking to Golf Digest recently about Noren’s time at Oklahoma State, which they attended together, Hunter Mahan said, “He did everything 100 percent. Workouts, school, practice—incredible work ethic and great resilience and patience.”

2. She and Noren Have a 9-Month-Old Daughter

Kovacs and Noren have a 9-month-old daughter named Iris.

Speaking to The New York Times in May, Noren explained that the birth of his daughter shifted his perspective. “Fatherhood gave me something extra in life,” he said.

Last August, Iris attended the British Masters to support her father, who celebrated a victory during the fourth round at the Grove.

3. She Started a Podcast Called OPodden

From November 2014-May 2016, Kovacs ran a podcast called OPodden, which interviewed Swedish women who overcame success. The inspirational podcast aimed to inspire and empower women while keeping the tone and subject matter “light with laughter”, according to a translation of the podcast’s mission.

Prior to OPodden, Kovacs spent nearly three years working as a marketing assistant at Abbott, a hospital & health care company, in Stockholm. As part of her responsibilities in her job, Kovacs listed: overseeing the company’s purchases and controlling it according to budget, promotion and advertising, and coordinating conferences and events.

4. She Is From Stockholm 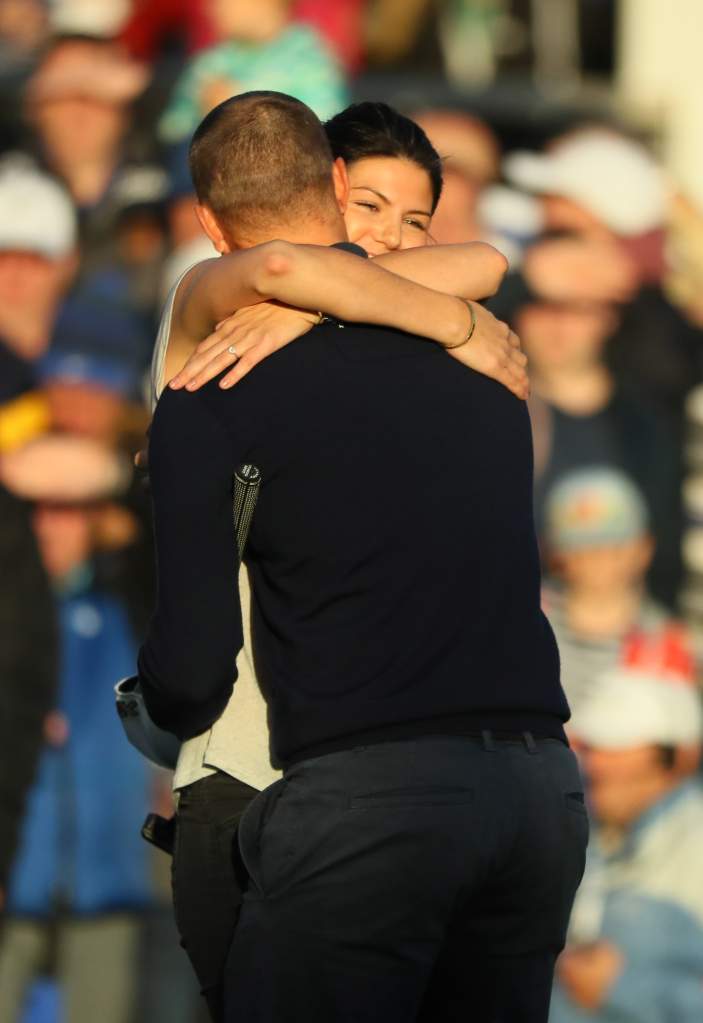 Alex Noren of Sweden celebrates on the 18th green with his girlfriend Jennifer Kovacs following his victory during the fourth round of the British Masters at The Grove on October 16, 2016 in Watford, England. (Getty)

According to her LinkedIn, Kovacs is from Stockholm, Sweden, and studied at Stockholm University from 2009-2013. She earned her Bachelor’s Degree in Business, Management, and Marketing.

As it stands, both Kovacs and Noren are relatively unknown to the American golf audience. Golf Digest describes Noren as “undoubtedly the world’s most unrecognized top-10 player”, which Noren says he’s well-aware of. “You know when you play with others. I’m pretty realistic about it. If somebody says you’re unknown, it doesn’t really matter to me that much. I don’t have the faith, still. Maybe that’s why you keep trying.”

5. She Is Very Active on Social Media

Kovacs is very active on social media. She has over 2k followers and regularly posts pictures of her and Noren’s daughter Iris.

Thomas Bjorn recently noted that starting a family has made Noren “less obsessive” than he used to be about practicing. The Denmark golfer recently told Golf Digest, “I think Alex found a very good balance in his life last year with other things to occupy his mind.