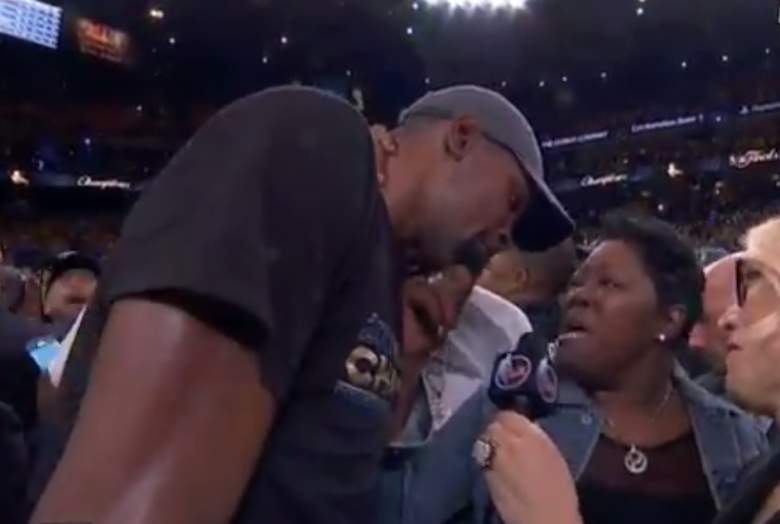 An emotional Kevin Durant just won the first-ever NBA Championship of his career.

The Golden State Warriors star was understandably overjoyed, and he was greeted on the court by the one person that may have been even more ecstatic than him: his mother Wanda.

The two met at center court and embraced in an emotional hug. Wanda then joined Stephen Curry in celebrating the series victory while patting her son on the back, overjoyed with emotion at seeing her son achieve something he set out to do since he was a child.

The Warriors had just capped off an incredible 16-1 run throughout the NBA Playoffs en route to their second NBA title in the past three years, and the addition of Durant in the offseason proved to be the “X-factor” to accomplish the feat.

Watch a video of Wanda celebrating with her son below:

Kevin Durant hugs his mom as they embrace. Then, they both embrace Steph Curry. pic.twitter.com/iAjzou71RB

But she wasn’t done there. Wanda continued the celebration with the team on the court and found her son once more, this time as he was getting ready for an interview with ESPN’s Doris Burke. She still had tears in her eyes as she walked up to her son and proceeded to grab him by his goatee, telling him how happy she was that he accomplished his lifelong goal before he fielded questions from Burke.

“You did it,” she says while tugging at his facial here. “Look at me, you did it.”

Watch that exchange below:

Just five years before that, Durant was greeted by Wanda under much different circumstances. He walked down the tunnel in defeat after losing in the 2012 NBA Finals to LeBron James and the Miami Heat and was greeted with another big hug by Wanda.

Shortly after the interview with Burke, Durant was presented with the Finals MVP trophy for his extraordinary play in the series, which the Warriors won 4-1.

“We did it, I told you when I was 8-years old, we did it,” Durant said to his mother when accepting his Finals MVP trophy.

Durant finished Game 5 with 39 points, 7 rebounds and 5 assists and closed the series averaging 34.3 points, 8.8 rebounds and 5.5 assists. Any time the Warriors’ offense struggled, Durant always seemed to be there to pick up the pace.

In 2014, Durant dedicated his regular season MVP trophy to Wanda, and gave an emotional speech to her. He called her the “real MVP,” saying that the sacrifices she made when he was growing up allowed him to be successful at basketball. An internet meme was also born after the speech.

Wanda, a single mother of two by the time she was 21, worked tirelessly to put food on the table for her family and a roof over their head. Durant credited her with working hard everyday to make sure her he stayed out of trouble and stayed involved with basketball. 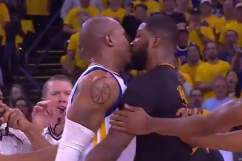