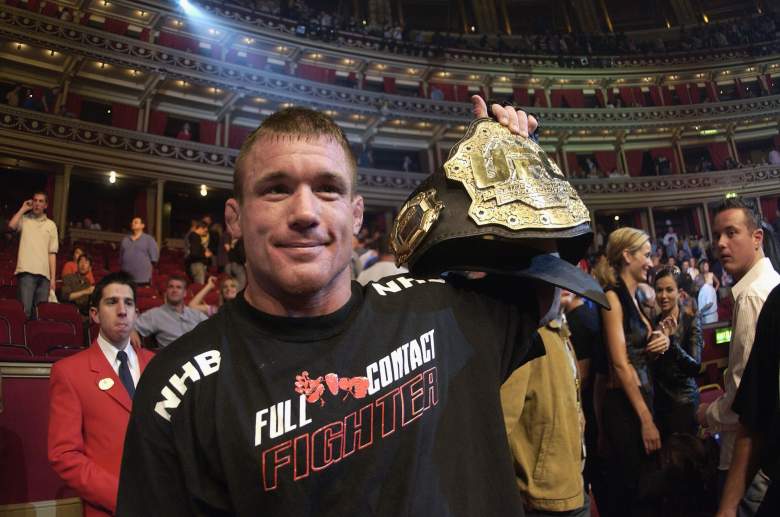 UFC legend Matt Hughes is in stable condition at an Illinois hospital after his truck collided with a train June 18.

Hughes, 43, was airlifted to the medical facility after the accident near Raymond, Illinois, about 12 miles away from his home in Hillsoboro. Once Hughes arrived, he was stabilized by the trauma staff at HSHS St. John’s Hospital in Springfield, Illinois and was listed in critical condition.

The hospital posted a statement to its Facebook on June 18 saying that the two-time UFC Welterweight Champion is now in stable.

Hughes’ sister Beth released a statement a few hours earlier on behalf of her family via Facebook. She said that her brother didn’t suffer any broken bones or internal injuries in the accident, but is still unresponsive.

On Saturday, Hughes’ manager Monte Cox told MMAFighting.com that he was “awake and responsive” after receiving information from the family.

Hughes’ last fight was in 2011 against Josh Koscheck at UFC 135. He retired from fighting on January 24, 2013 and was named its vice president of Athlete Development and Government Relations.

Hughes, who’s known as one of the greatest welterweight fighters in MMA history, was inducted into the UFC Hall of Fame in 2010. He thanked for everyone that supported him throughout his career in his speech.

I’d like to take this award and cut it in pieces and give it out. I couldn’t have won this award by myself. I definitely give God a big piece, I give my wrestling coaches from high school and college a piece of it. A big piece I would give to the UFC. You don’t win an award like this and say you’ve done it all by yourself. I’ve got a great family at home. God’s blessed me.

During his title reign, he was regarded as the best pound-for-pound MMA fighter in the world. Some of his best-known fights include bouts against Georges St-Pierre, B.J. Penn, Frank Trigg and Carlos Newton.