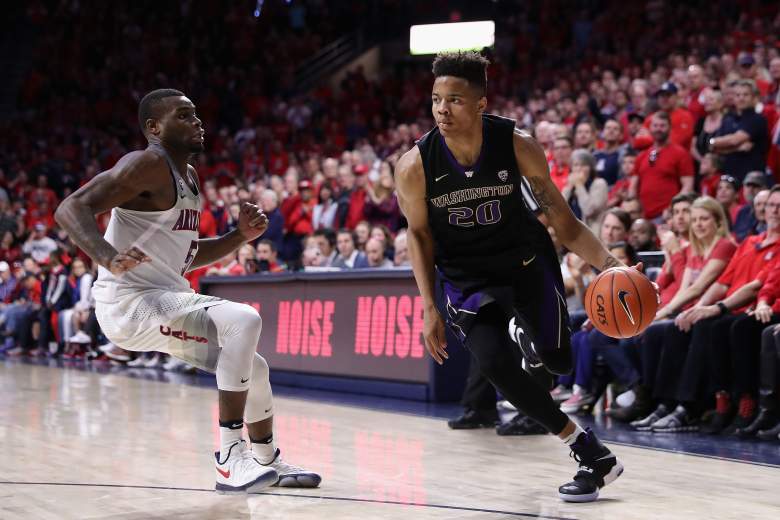 Markelle Fultz looks to be heading to Philadelphia after the Sixers and Celtics swapped picks. (Getty)

The Vertical’s Adrian Wojnarowski reported the Celtics have agreed to trade the number one pick to the Philadelphia 76ers. Heavy is here to help you break down the draft after the trade with our latest mock draft.

Markelle Fultz was in Philadelphia on Saturday to work out for Sixers’ brass then meet with the media. The workout went as expected, and the two teams agreed to the deal after Fultz’s workout. Wojnarowski reported the teams will officially call in the deal on Monday.

There was growing buzz the Celtics liked Josh Jackson, and were considering taking him with the first pick. Wojnarowski noted on his podcast he believed Jackson was in play for the top pick (if the Celtics kept the pick). ESPN’s Chad Ford also issued a similar report on Jackson potentially being the preference for Boston, citing a conversation he had with an anonymous general manager.

“I’ve picked Danny’s brain for years. Jackson is an Ainge player all the way. Tough, athletic, long, versatile, elite motor. If he’s keeping the pick, Jackson just to me, far and away, is the most Celtics-type player for them to draft. From all my conversations with them, I’m convinced they’ll take Jackson No. 1,” the NBA executive told ESPN.

While Jackson is the favorite for the Celtics at three, nothing is a done deal as Boston continues to hold workouts. Real GM’s Keith Smith reported some around the league expect them to trade out of the third pick.

NBA exec to me: "I'd bet just about anything Boston doesn't end up picking at 3. At least not for themselves. It will move again."

The Ringer’s Kevin O’Connor thinks Jayson Tatum would be a perfect fit in Boston, and expects the Celtics to select the Duke forward at three.

I'd be surprised if Jayson Tatum isn't Boston's choice. He checks all the boxes as a shot maker. Updated mock draft: https://t.co/JwEWZoXrrc pic.twitter.com/plUWu6bgps

Ball was once thought to be a lock to the Lakers, but there is growing buzz the Lakers could look somewhere else with the second pick. Draft Express reported the Lakers were also interested in trading up to the top pick to select Fultz. With this deal nearing completion, it appears Los Angeles will have to stay put at two.

The Lakers had Ball back for a second workout where ESPN’s Ramona Shelburne reported Ball hoped to emphasis his work ethic. The truth is Ball’s game is not going to shine in an individual workout setting. Ball’s biggest asset is his court vision, a trait that shows up during actual games.

Ford released his own hypothetical mock draft based on a Celtics-Sixers pick swap. Ford has the Sixers taking Fultz at one, the Lakers selecting Ball at two, the Celtics snag Jackson at three, the Suns end up with Fox at four and Tatum goes to the Kings at five.

Here’s a look at how the Sixers-Celtics trade impacts the draft. You’ll notice the rumored trades should not have a massive impact on teams picking outside the top five. The exception to this would be if the Lakers pass on Ball. This is the scenario that would impact the largest amount of teams. 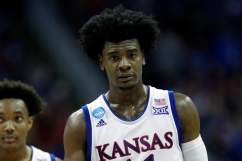 Celtics Rumors: Sixers & Celtics in Trade Talks for No. 1 Pick

One of the most interesting scenarios involves the Lakers passing on Ball. The Celtics would then have a decision to make on Ball who has not worked out in Boston. In this scenario, Jayson Tatum would be a likely target for Boston with Jackson off the board. 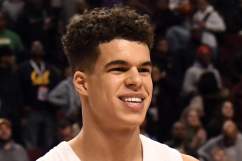