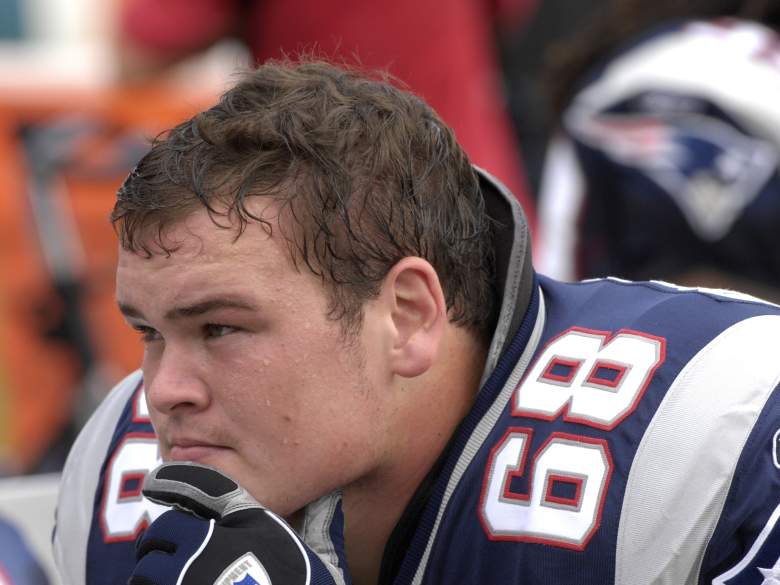 Ryan O’Callaghan, a former NFL offensive lineman who played for the New England Patriots and Kansas City Chiefs, has come out as gay in a new interview with Outsports. The 33-year-old, who has been out of the NFL since 2011, said he contemplated suicide and was helped by members of the Chiefs organization.

O’Callaghan is the first openly gay NFL player to have played in a regular-season game. Michael Sam, who was drafted by the Rams and was on the Dallas Cowboys roster, never played a regular-season game and is now out of football. Sam came out in 2014, before being drafted.

O’Callaghan ended up playing in 51 games between 2006 and 2011, after the Patriots drafted him in the fifth round of the 2006 draft. The Susanville, California native had a promising college career at the University of California Berkeley. Although O’Callaghan told Outsports that he is dating, he didn’t reveal the name of a specific boyfriend.

Here’s a look at O’Callaghan’s story and his career.

1. O’Callaghan Credits Members of the Chiefs Organization With Saving His Life 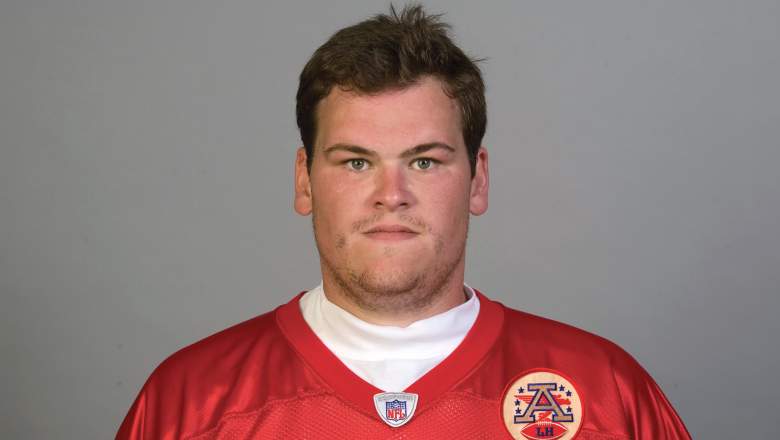 When it became clear to O’Callaghan that his NFL career was ending when his nagging shoulder injury flared up again during 2011 training camp, he began sabotaging his life, he told Outsports. The combination of the injuries and his sexual orientation became a weight he couldn’t bare, so he started abusing pain killers. Near the end of that year, he spent $70,000 to build a cabin on his property outside Kansas City, where he planned to commit suicide.

But then a few people within the Chiefs organization helped him right himself. Head trainer David Price suggested he meet Susan Wilson, who helped other players in the past. He also told Wilson that he was gay and she became the first person he ever told. Even after lifting that weight, he still thought of killing himself.

After the 2011 season ended, O’Callaghan met with Scott Pioli, who was with the Patriots when the team drafted him and was the Chiefs’ GM at the time. He told Pioli that he is gay and, much to O’Callaghan’s surprise, Pioli didn’t think it was a big deal.

“People like me are supposed to react a certain way, I guess,” Pioli told Outsports. “I wasn’t minimizing what he was telling me, but I’m waiting for the other shoe to drop. He built this up and built this up to the point where he said he was nearly suicidal. What Ryan didn’t know is how many gay people I’ve had in my life.” 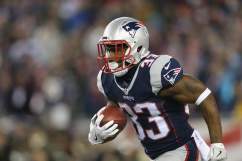 2. When O’Callaghan Joined the Shasta County Sports Hall of Fame in 2014, He Brought a Boyfriend & Thought That Would Be the ‘Coming Out’ Moment

In 2014, O’Callaghan joined the Shasta County Sports Hall of Fame, which noted that he was “one of the best right tackles in college” when he played.

O’Callaghan told Outsports that he thought the induction ceremony would be a his “coming out” moment because he brought his then-boyfriend to the event. They hugged in front of the cameras for the local media, but he didn’t recieve any attention. It happened just months after Michael Sam announced he was gay.

Today, O’Callaghan is openly dating and has tried to live a life where his sexuality is just a small detail. He now lives in Redding, California, near his family. Unfortunately, he can’t work because of his NFL injuries.

“Being gay wasn’t just a small detail in my life, it consumed it,” he told Outsports. “It’s all I would think about. But now that I have come out it rarely crosses my mind. Yeah I’d go about my daily life in football, but thinking about hiding it and hoping no one finds out and being ready for any situation was exhausting.” 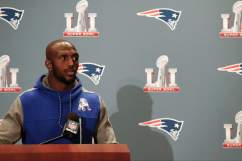 3. O’Callaghan Played on the 2007 Patriots Team That Went 16-0 in the Regular Season

O’Callaghan was part of the 2007 Patriots team, which went 16-0 in the regular season. The team reached the Super Bowl, where the Patriots lost to the New York Giants.

O’Callaghan did play in the first two postseason games of that season, when the Patriots faced the Jacksonville Jaguars in the divisional round and the San Diego Chargers in the AFC Championship. He made one final postseason appearance in 2011, when the Chiefs played the Ravens.

He never played in all 16 games in a season, but in 2015, he appeared in 15. He started one game, which was the week 17 match-up against the Giants. “I played damn well in that game,” O’Callaghan told Outsports. 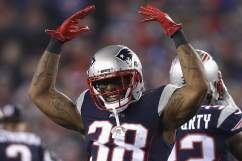 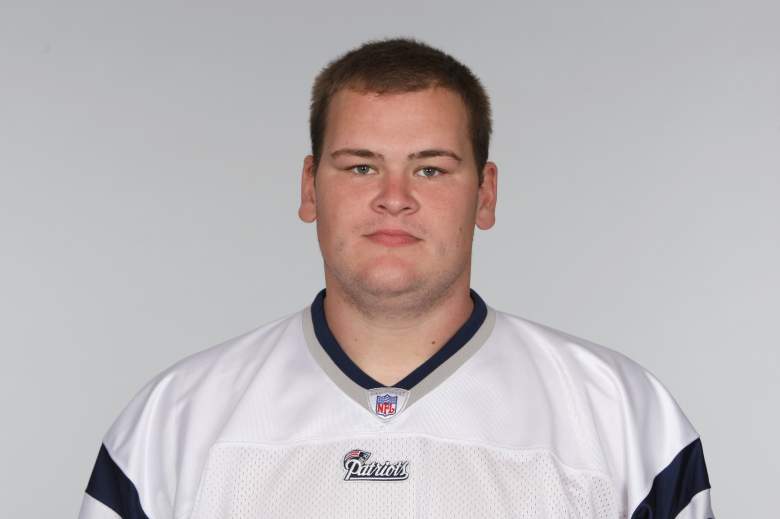 While in college, O’cAllaghan was a star offensive tackle. In 2005, he won the Morris Trophy, an annual Pac-12 award given to the best offensive and defensive lineman in the conference.

O’Callaghan’s other college accolades include earning First Team All Pac-10 Conference honors twice and playing in the Senior Bowl. He graduated from Enterprise High School and earned PrepStar All-American honors.

O’Callaghan revealed in the Outsports interview that he decided to go into football because it was a place to hide. He thought that as long as he played football, he didn’t have to come to terms with his sexuality.

“No one is going to assume the big football player is gay,” he told the site. “It’s why a football team is such a good place to hide.”

His mother, Evelyn O’Callaghan, also told the site that she wishes she was more aware of what her son was going through. “But he just wasn’t any different from the kid down the street. He was focused on class and school. He was active in sports. He played football in high school and he would just always seem very focused,” she said. 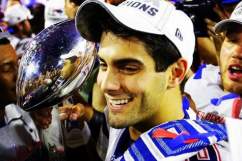 5. He Hopes Sharing His Story Will Help Others Considering Suicide 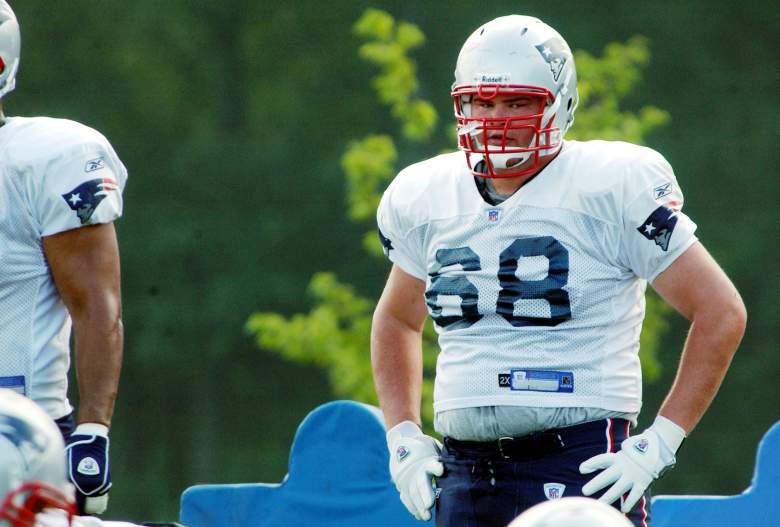 The help O’Callaghan received from these Chiefs staffers made him decide against suicide. And now he’s telling his story in the hope that he can change other people’s lives.

“As long as there are people killing themselves because they are gay, there is a reason for people like me to share my story and try to help,” he told Outsports. He also says that his aunt and uncle are helping him manage his addiction to painkillers.

The CDC reports that a study showed that LGBT youths in grads 7-12 were more than twice as likely to attempt suicide than heterosexual colleagues. One study of just 55 transgender youths found that a quarter of attempted suicide.

The Trevor Project is one organization offering help to those contemplating suicide. You can call 8660488-7386 for their 24/7 help line.

Read More
5 Fast Facts, New England Patriots, NFL
Ryan O'Callaghan is a former Patriots and Chiefs lineman who came out as gay and planned to commit suicide. Here's a look at his life and career.