The trade deadline in Major League Baseball is at 4pm ET on Monday July 31, which means that right up until 3:59, rumors will be swirling about possible deals ready to be made or no where close to being made (but still fun to think about.) Due in large part to how long baseball’s season is, deals made at the trade deadline can end up being fairly important, whether it’s helping a floundering team get the wheels back on or give a team in need of a replacement for an injured star a suitable candidate. Teams rarely look like they did in April once the end of September rolls around and the trade deadline is a big reason for that.

Last year’s trade deadline was headlined by deals such as Carlos Beltran and catcher Jonathan Lucroy going to the Rangers and Jay Bruce going to the Mets. The two biggest deals made however involved two Yankee relievers being shipped off to contenders. Cleveland acquired Andrew Miller, while the Cubs traded for Arolddis Chapman. Both moves ended up being beneficial to each club, with both Miller and Chapman playing crucial roles as their new teams ended up facing off in the World Series.

The Yankees kicked things off when they traded for Frazier, a New Jersey native

In 2017 the Yankees have again been busy, but this time they’ve been trading for players rather than jettisoning them for prospects. Most recently they landed veteran pitcher Jaime Garcia and they made a surprise move in mid-July when they traded for for third baseman Todd Frazier and reliever David Robertson. New York is also rumored to be in the mix for Oakland pitcher Sonny Gray. If they can get him or not is one of the major questions being asked right now.

Here are five other questions worth asking before the deadline.

Boston traded for Eduardo Nunez, but they still have holes to fill

Boston returned from the 2017 All Star break sitting a few games up in first place in the always tough American League East. Since then they’ve cratered, with a combination of bad luck and droughts on offense resulting in them falling to second place behind the Yankees. Third base had been a black hole for the Sox, which resulted in the team cutting ties with Pablo Sandoval and making a run at Frazier. Eventually they elected to bring up one of their top prospects Rafael Devers and make a trade for Eduardo Nunez. Those moves were fine, but not enough to serve as any kind of course correction for the team, especially when it comes to their troubles on offense. 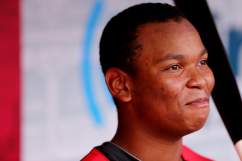 Despite still needing a bat to bolster their offense, Boston has said that after acquiring Nunez, they’re focus is relief pitching and as of early Sunday afternoon, they were being linked to Mets’ right hander Addison Reed. Not even a return to the DL for starter David Price has changed that mindset, with Boston’s president of baseball operations Dave Dombrowski telling reporters on Friday that Boston was not looking for a starter to replace Price.

2. Do the Dodgers Need to Trade for a Starter?

Kershaw, the Dodgers’ ace, has been sidelined with a back injury

The Dodgers are in the middle of their best regular season in team history, sitting in first place in the NL West with a record of 73-31. Yet despair came to town when the team’s ace Clayton Kershaw went down with a back injury. The uneasiness has remained despite the team winning not just the game in which Kershaw left with an injury, but the next five. They haven’t looked to be that damaged by the loss of Kershaw.

That’s all well and good, but will it last? The Dodgers overall record when Kershaw doesn’t start is at the very least, mildly concerning.

So it’s not a huge drop-off, but a drop-off nonetheless. The team believes Kershaw will come back healthy and be ready to contribute once the playoffs come around. This of course ignores the fact that Kershaw hasn’t been great in the playoffs, but that conversation is for another time. The conversation the Dodgers will continue to have is whether or not they to bring someone in like Yu Darvish of the Rangers to steady the ship until Kershaw returns and can also contribute in the playoffs.

3. Will the Rangers Trade Yu Darvish?

GettyCould Darvish stay in Texas, but with the Astros?

Texas currently sits near the bottom of the AL West with a record of 50-53, putting them 18 games behind the division-leading Houston Astros. In trade deadline terms, that would make them sellers and one of the biggest items they could sell is Darvish. Darvish is a free agent at the end of the year and is currently having a rough go of it. He’s 6-9 with a 4.01 ERA.

Poor season aside, the suitors are there. Besides the aforementioned Dodgers, there’s also the Cubs, Yankees and the Astros. Jerry Crasnick of ESPN.com believes the Astros make the most sense, but wonders if the Rangers would be willing to trade with a division rival, a move rarely done in baseball.

“Any sports executive with a competitive bent is likely to struggle with the idea of providing a piece that puts a contending team over the top. How hard would (Jon) Daniels have to swallow to help the Astros, an intrastate, divisional opponent, win their first World Series in the franchise’s 56-year history?”

Daniels, the Rangers’ General Manager, seems to be open to the idea publicly, but it still seems like a stretch that it happens.

4. Will Either Justin Verlander or Andrew McCutchen Be Traded?

Let’s start with Verlander. The Detroit Tigers’ ace has been with the team since he was drafted in the first round, second overall by them in the 2004 draft. He’s won a Cy Young (2011,) the Rookie of the Year (2006,) and was named the American League’s Most Valuable Player in 2011. Yet with both Verlander and the Tigers struggling this year, Verlander has been thrown into the rumor mill as the deadline approaches.

It seems unlikely that he’ll be moved, though. Being owed $28 million a year through 2019 will do that to a rumor. The Cubs briefly expressed interest, as did the Dodgers. But with all the money left on the table and what he’s shown so far this season, Verlander is a less than ideal option for any team.

As for McCutchen, the Pirates are sitting in fourth place in the NL Central and have been kicking around the idea of trading their star center fielder. McCutchen’s contract ends after this season, but the team holds an option for 2018. He makes almost too much sense for a team looking for some pop and reliable fielding and are willing to make a deal for him as a rental player.

But it remains to be seen whether the Pirates would actually deal McCutchen with speculation only increasing as they have yet to say whether or not they’d pick up his option. Rob Biertempfel of The Pittsburgh Tribune-Review has reported that team is leaning against it, but as long as the option is still sitting there, rumors will persist.

5. Who Will Trade for Zac Britton of the Orioles?

GettyBritton dominated in 2016, but has struggled this season

Remember who were involved in the two biggest trade deadline deals of 2016? That’s right – relievers. Relievers can be easy to forget about but especially once the post season starts, it sure is nice to have one you can count on. The reliever to keep an eye on this time around is Baltimore’s closer Zac Britton.

Britton had 47 saves in 2016, posting a 0.54 ERA and having one of the best years a closer can have. Unfortunately this year he’s struggled to stay on the field, having only appeared in 18 games so far and recording only seven saves. It’s certainly not appealing, but potential is always appealing, which is why Britton will draw interest. Add to that the fact the Orioles, in 4th place in the AL East, are more likely to be buyers than sellers and Britton looks like a prime candidate to be traded.