Paul George's free agency has not begun yet, but the Pacers have already filed tampering charges.

Even after Paul George was traded to the Thunder, George and the Lakers continue to be linked. According to NBA insider Peter Vecsey, the Pacers have filed tampering charges against the Lakers for their potential interaction with George.

Vecsey also reports Magic, Pelinka & Buss were asked to turn over "any correspondence pertaining to" George, including his agent & parents.

This news sent NBA fans scrambling to find out the meaning of tampering. Here is how NBA CBA (Collective Bargaining Agreement) guru Larry Coon defines tampering as it relates to the NBA:

Tampering is when a player or team directly or indirectly entices, induces or persuades anybody (player, general manager, etc.) who is under contract with another team in order to negotiate for their services. The NBA may impose suspensions and/or fines up to $50,000 if tampering is discovered, however the league’s practice has been to wait until a team lodges a complaint before investigating (but that’s not to say they don’t continue to monitor the league and won’t take action independently if they discover that tampering has occurred).

In other words, the NBA has a set period when NBA team are allowed to meet with free agents. This past summer, the period began July 1. Technically, any time a team makes contact with a player outside this allotted time they are committing tampering.

The reality is most teams and players commit tampering by the technical definition. As I heard one former NBA GM say, if you wait until the first day of free agency to contact players your team is “too late”. This is why we see so many free agent meetings and agreements take place at 12:01 a.m..

It will be interesting to see how the NBA views this case. Given the amount of buzz surrounding George and the Lakers, there is a good chance the Pacers have a case against the Lakers. The Lakers have also been vocal about their desire to be active in the 2018 free agent market.

However, if the NBA decides to come down hard against the Lakers, they are setting a dangerous precedent for how the league actually operates. Most teams who are active in free agency each year would be in danger of being punished. 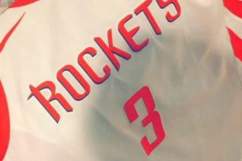 Read More
Basketball, NBA, Paul George
The Pacers have filed tampering charges against the Lakers. Find out what tampering means, and how strong of a case the Pacers have.