NFL’s Color Rush is back.

When the San Francisco 49ers and Los Angeles Rams square off on Thursday Night Football, both teams will be decked out in the limited edition Color Rush uniforms, which feature jerseys certain to grab your attention.

And online sports retailers Fanatics and FansEdge has the latest Color Rush gear for both the Niners and Rams, including shirts, jerseys, and hats.

The NFL doesn’t profit from the sale of Color Rush jerseys as charitable contributions are donated to the NFL Foundation to support health, safety, and wellness programs for youth across the country.

Not only do the sites carry the latest Color Rush apparel, but also have thousands of other L.A. and San Fran items for men, women and children, including shirts, jerseys, jackets, hats, hoodies, and collectible memorabilia. And all of the merchandise on Fanatics and FansEdge are officially licensed.

Here are some of the newest Rams and Niners Color Rush items available right now:

The Rams are back in Los Angeles and their 2017 Color Rush jerseys are very reminiscent of those former teams. Featuring the bright gold base color with the blue accents for the name, numbers, and trim. Jerseys are available for running back Todd Gurley II, quarterback Jeff Goff, and defensive lineman Aaron Donald. 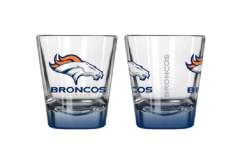 The San Francisco 49ers Color Rush uniforms will be black with scarlet trim for the names and numbers, as you can see on NaVorro Bowman’s jersey above. The Niners’ Color Rush shop also features Carlos Hyde jerseys, T-shirts, and hats, with items for men, women, and children. 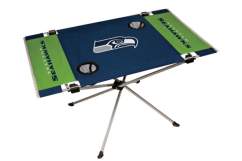 Show support for one of the rising NFL stars with the Los Angeles Rams Todd Gurley II Color Rush Limited Jersey by Nike.

Made of 100 percent polyester, the gold jersey has Gurley’s name and No. 30 in stitched tackle twill and mesh side panels for extra breathability and comfort for those warm L.A. days. Other features include a tagless collar, a vapor untouchable limited chassis, screen print team accents, satin twill woven jock tag, and a metallic-effect NFL shield at collar. It’s also machine washable, but it’s recommended to line dry. 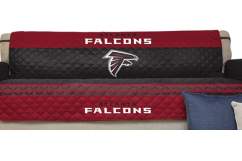 The 49ers New Era 2017 Color Rush 39THIRTY Flex Hat will be the perfect accessory for gameday and during the offseason.

The mid crown hat has a structured, yet flex, fit and features a curved bill, liquid chrome graphics, and hex tech fabric to keep you dry and comfortable.

Read More
Football, Los Angeles Rams, NFL, San Francisco 49ers, Shopping
The 49ers and Rams square off Thursday and each will be wearing limited edition Color Rush jerseys. Keep reading to see how you can get your own.