All bets were off when Gennady Golovkin and Canelo Alvarez met inside of the ring Saturday in what was billed as one of the best fights on paper in recent memory.

The championship bout lived up to its billing, as both boxers lasted the full 12 rounds. However, the judges ended up scoring the match a questionable draw.

Don Trella getting away with it, that 114-114 card is a disgrace too! #CaneloGGG pic.twitter.com/DyzMXzi2dE

The decision didn’t impress the crowd at the T-Mobile Arena in Las Vegas, who booed when ring announcer Michael Buffer announced the draw.

The fight started with both fighters landing methodical shots and ended with them teeing off on each other. GGG gained the upper hand in the early middle rounds and made each punch count. But come round No. 10, all hell broke loose, and GGG and Canelo traded blows until the final bell.

A late surge by Canelo during the final three rounds proved to be the difference in the fight, the three judges said, and the two fought to a tie.

Watch a video of the full fight below:

Canelo landed 218 total punches during the fight, with 210 of them coming to GGGs head region. GGG, on the other hand, landed 171. The result means GGG moves to 37-0-1 and Canelo sits at 49-1-2. It also upset many social media users, who questioned the scoring history of judge Adalaide Byrd. She gave GGG just the fourth and seventh rounds when he realistically dominated Canelo during the middle rounds.

.@GGGBoxing showed the world just how good he is. Said he never fought no one. Everyone dodging him till he's nearly over the hill.

I tell you which boxing match didn't end in controversy and everyone went home happy … (/ducks) pic.twitter.com/ARoZoKrRG7

All 3 judges to the fighters: pic.twitter.com/eSTnjQVyWA

That wasn't no damn draw!! The robbed GGG #CaneloGGG pic.twitter.com/WAsUccTCsg

Golovkin is the current WBA, WBC, IBF and IBO middleweight title holder and is ranked as the best middleweight in the world by BoxRec and the Transnational Boxing Rankings Board. But the upstart Canelo was thought to be GGG’s most difficult challenge, and that definitely seemed to be the case throughout the fight. 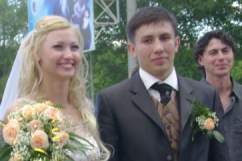