Houston Astros shortstop Carlos Correa achieved his biggest life goal thus far November 1. Correa, the first overall in the 2012 MLB Draft by the Astros, helped the franchise win its first-ever World Series when they defeated the Los Angeles Dodgers in a best-of-seven series.

While Correa will receive his World Series ring in a few months, longtime girlfriend Daniella Rodriguez got her ring minutes after the game when he got on one knee and asked her to marry him.

Correa, who’s originally from Puerto Rico, was named the American League Rookie of the Year after a successful inaugural MLB season in 2015. He broke all sorts of records and showed promise in a rebuilt Astros roster that was hoping to make a run at the World Series in the near future. Five years after he was drafted, he played a key part in that dream championship run. He had 8 hits in the 2017 World Series.

Like she has at most games during his young career, an emotional Rodriguez was in the stands at Dodger Stadium to see Correa win the championship. She’s originally from Laredo, Texas and has been with Correa much of his professional career.

Here’s what you need to know about Rodriguez and Correa:

1. Correa Proposed to Rodriguez After the Astros Won the World Series

After winning the 2017 World Series, Correa surprised just about everyone — except for his parents — when he went down on one knee and asked Rodriguez to spend the rest of her life with him. And it all happened on live TV.

Correa was getting interviewed by Fox Sports after the victory and segued flawlessly into his proposal.

The Astros capped off the franchise’s first-ever World Series championship with a 5-1 victory over the Los Angeles Dodgers on November 1. They won the title in Game 7 in what will be remembered as one of the best World Series’ ever.

Correa went 1-for-4 in the final game and finished with 8 hits in the series. During an interview with ESPN following the proposal, Correa said he’d been thinking about proposing for “months,” but was waiting for the right opportunity to do it. When it seemed that the Astros would win, he told a member of the Astros’ staff during the 9th inning to get the ring from the clubhouse.

“I’m like, ‘I don’t want to jinx anything, but if we get the three outs, please bring me the ring because I’m gonna get engaged in the ballpark,'” Correa said, adding it was surreal seeing Rodriguez’s reaction. “She’s like crying and balling out, it was a great feeling. She was not expecting that at all.”

In 2016, Rodriguez became the third Latina in a row to win the Miss Texas USA crown. As she sat on the stage with the first-place pageant crown, she couldn’t help but remember how it all got started.

Rodriguez said during an interview with Style Magazine that she started competing in beauty pageants as a teenager. In 2012 when she was 16-years old, she was victorious in the Miss Texas Teen USA competition and won Miss Laredo Teen USA 2011. By winning the 2016 pageant, she became the first former Miss Texas Teen USA to win Miss Texas USA on her first attempt.

“Daniella is still in awe of winning, it freaks her out,” the Style Magazine article noted.

Beauty pageants run in Rodriguez’s family, as her mother and grandmother both won titles when they were her age.

Rodriguez’s win in the 2016 contest sent her to the 65th Miss USA pageant in Las Vegas, where she competed against other women representing their respective states. However, she didn’t place in the competition that was won by Deshauna Barber of the District of Columbia. 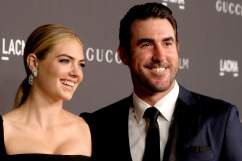 3. Rodriguez Hopes to Be a School Counselor After Graduation

Rodriguez’s Miss Texas USA profile says that she majors in teaching at Texas A&M International University. After she graduates with a bachelor’s degree, she wants to pursue a master’s degree in school counseling with the hope of one day working with children.

In addition to her time studying for her degree and competing in pageants, Rodriguez enjoys singing, acting and also has a passion of working with children with Down syndrome and autistic children.

Rodridguez was recently raising money for GiGi’s Playhouse Down Syndrome Achievement Center, an organization that works to provide free therapeutic, education and career training programs for over 30,000 people of all ages who have Down syndrome.

“By offering free programs and through our Generation G Campaign for global acceptance, we empower families by maximizing opportunities for daily achievement and lasting acceptance,” the “About Me” page on the organization’s website says. “To ensure lasting acceptance, we must show the world what individuals with Down syndrome are truly capable of achieving as students, co-workers, volunteers, friends, and valued members of their communities. Our program outcomes help advance this vital social impact goal.”

After hurricanes Maria and Irma ravaged Puerto Rico, Correa and Rodriguez advocated for people to donate money to The Salvation Army to help rebuild his home nation.

4. Rodriguez Threw out the First Pitch of an Astros Game

Joint by a burger ? #theburgerjoint

During an Astros game on August 31, 2016, Rodriguez was welcomed to Minute Maid Park to throw out the ceremonial first pitch. She stood in front of the pitcher’s mound in high-heeled shoes, kicked her leg and threw a pitch which didn’t make it very far.

The less-than-ideal pitch didn’t faze Rodriguez, though. She stuck around for the rest of the game and was seen later in the game with a smile on her face.

Rodriguez’s pitch was remembered as one of the “worst ever” by numerous people.

“When you swear you can pitch like one of the players, but you end up blowing the first pitch,” she wrote in a caption on a photo of her posting next to a Correa cutout.

When you swear you can pitch like one of the players, but you end up blowing the first pitch ??⚾️ #MissTexasUSA #MissUSA #DaniellaRodriguez #Astros 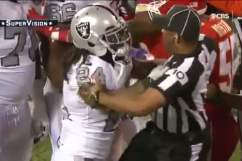 Another day at the field with the love of my life ?⚾️

According to her profile on MissLaredo.com, Rodriguez was once voted “Most Likely to Become Famous” in high school. She wrote in her pageant profile that she gained interest in competing because she “loved to perform in front of people,” adding that the experience of doing so is “empowering and beneficial.”

In addition to competing in pageants, Rodriguez also acts. She attended camps when she was a child and also appeared in various independent films for the University of Texas. She won the bast actress title while participating in One-Act or her school.

“Always cherish the good times you have with your loved ones… appreciate every single moment that life gives you,” Rodriguez said in her pageant profile.

It’s not clear exactly when Correa and Rodriguez met and started dating, but they frequently post photos with each other on and off the field on their social media accounts.

Happy birthday to the love of my life❤️???

Correa was a starter for the World Series for Puerto Rico and was there in the stands supporting her boyfriend.