(Getty) Vikings QB Case Keenum has been a gridirion force this season thanks to a big-time support system behind him.

Case Keenum has been the punchline of plenty of jokes throughout his football career. The former Houston standout went undrafted after his college days and has been shipped around the league since signing as a free agent with the Texans in 2012.

That, however, hasn’t stopped the Texas native, and, now, Keenum is primed for one of the biggest performances of his career, leading the Vikings in the postseason as the squad sets its sights on Super Bowl glory. Keenum wasn’t the planned starter in Minnesota this year, but he’s hit his stride under center with a team that’s rallied around his underdog mentality. And, through it all, Keenum has relied on the his family to keep him positive. Here’s everything you need to know about the QB’s support system:

1. Keenum is Married to his High School Sweetheart, Kimberly

Really excited to officially be a Viking!! #SKOL pic.twitter.com/Ks0B9XCaru

The pair met in high school and were engaged during Keenum’s record-breaking college career at Houston. In fact, Keenum credits Kimberly with keeping him on track during college, particularly after he tore his ACL in 2010. Case and Kimberly tied the knot in 2011, just before the NCAA granted him a sixth season of eligibility. He told ESPN:

It’s one of the big reasons we’re married today. I realized how much she loved me. She showed it. I don’t think I could have gotten that from anybody else. Here’s a picture of her right here. She got her bridal portraits done at the stadium. That’s pretty funny, isn’t it?

Kimberly doesn’t attract much of a spotlight, but she did spark headlines in 2016 when she and Case were heavily featured on Hard Knocks, chronicling the Rams’ move from St. Louis to Los Angeles. The pair were filmed on the sideline and pre-game, but their best moments came at home – when Kimberly quizzed Case on the team’s playbook.

“It’s fun for me to learn the plays too and hear what he’s actually saying in the huddle,” Kimberly explained.

Football is in the blood in the Keenum family and Case’s father Steve has spent of his life on the field.

The Duncanville, Texas native got his start playing, competing as an offensive lineman at McMurry University before becoming the school’s head coach and athletic trainer. He also worked as a head coach at Sul Ross State in Alpine, Texas, was offensive coordinator at Tarleton State and was the offensive line coach at Hardin-Simmons.

In 2005, however, Steve left coaching and took over as the Area Director of the Big Country Fellowship of Christian Athletes. Then-McMurry Athletic Director remarked about the move, telling BCFoCA: ” I don’t think you could have found anyone better suited for this job.  Our loss is their gain.  Steve always told me he worked for the Lord.”

3. His Mother, Susan, was also a Standout Athlete 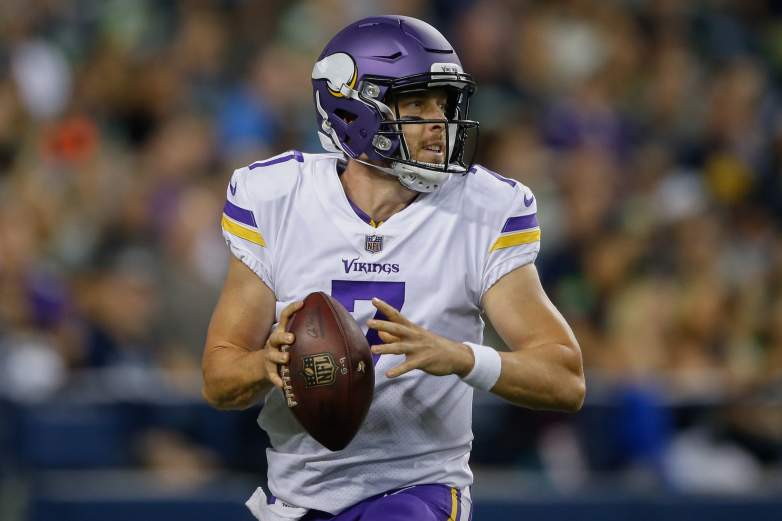 A 1982 graduate of McMurry, Susan was a 3-sport athlete and letter winner during her college career. She is currently teaching physical education at Ward Elementary school in Abilene, Texas, according to the school’s website.

An active member of the community, Susan is also heavily involved in the Fellowship of Christian Athletes and, most importantly, helped first introduce her son and his now-wife Kimberly. Susan was Kimberly’s fifth-grade physical education teacher and the pair first met during a track meet at the area high school before getting closer during FCA events. 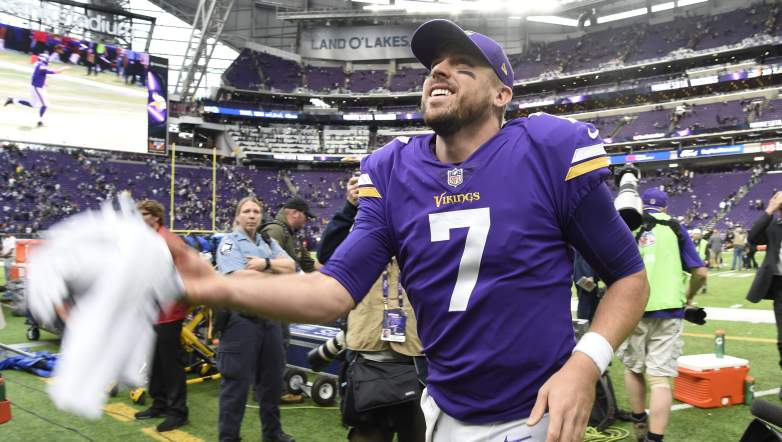 ‌It’s been a challenging road to postseason glory for Keenum – he was recruited by just one Division I program out of high school, set a handful of records at Houston, but was sidelined with an ACL injury and went undrafted out of college. Still, the quarterback never lost his faith or the support of his family. In fact, throughout his season with the Vikings, Keenum has been quick to point out how important both are to his success on the gridiron.

That’s why I became a Christian — being around Christian athletes through FCA. I’m not playing for the name on the back of my jersey, I’m playing to glorify God. He’s given me talents, and I’m trying to maximize those talents however I can.

There have been plenty of detractors throughout his career, but Keenum’s family hasn’t shied away from voicing their support. His father, Steve, told Pioneer Press, “He’s a good man that loves his Lord and loves his wife, loves kids and he loves to play football. I wouldn’t play golf with him, and I wouldn’t hunt with him, because he’ll make you look bad.”

5. Keenum Hopes to Stay in Minnesota 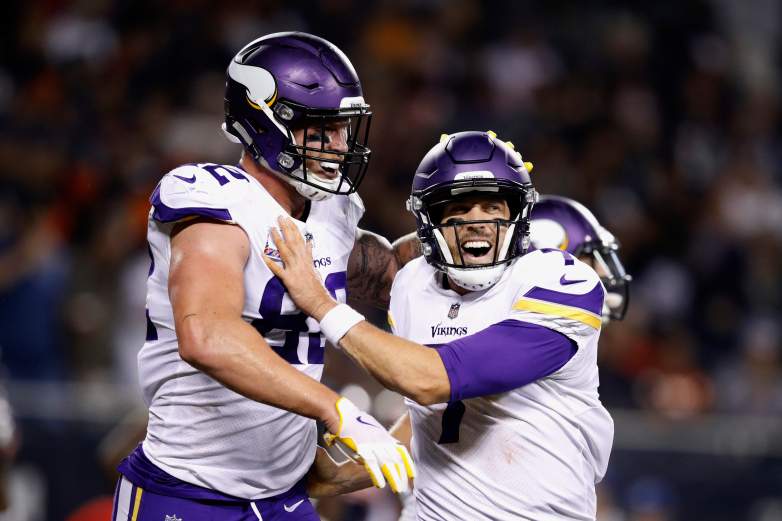 Although he’s kept his Texas roots strong – sisters Allison and Lauren Wray both still live in the state – Keenum has his sights set on building a new sort of family in Minnesota, even after this season ends.

His 2017 performance was one for the personal and professional record books and, after 369-yard, 3-touchdown performance against the Buccaneers, Keenum told the Vikings locker room, “I love you boys. I’ve never had a team like this in my life. I’m so proud of you guys. I’m going to fight for you boys every day.”

.@casekeenum7 isn't changing his approach as he preps for his first playoff start.

Keenum penned a Player’s Tribune article on January 11, chronicling his season in Minnesota and made sure to describe the way he’s felt since suiting up for the Vikings, finding a place in the locker room and in the community, as well as the kindness of his neighbors – many of whom helped shovel his driveway during the area’s first, real snowfall this season. He wrote out all their names, pointed out “the goodness of their hearts,” and highlighted the 2017-18 season as one of the best of his long and, sometimes, challenging career.