A seventh-grader from Massachusetts just became the most popular kid in school. The Pioneer Press in Minneapolis was the first outlet to identify Ryan McKenna, 13, as the boy who took a photo with Justin Timberlake during the star’s Super Bowl half-time show. McKenna is a student at the Derby Academy in Hingham, Massachusetts.

Some wondered if McKenna was actually on his phone rather than watching Timberlake perform. In an interview on Today the day after the game, McKenna said that he was recording the show when his phone stopped working and he was trying to figure out what happened. McKenna says, “I’m a huge Justin Timberlake fan, and that was my favorite song — ‘Can’t Stop [the] Feeling’ — so I was just so excited that he was right there playing that song… I had a video going, and then my phone got shut off, and I had to pull back up the phone to get the picture going. And then I finally got the selfie in the end.”

1. His Family’s Plans to Fly Home Have Been Disrupted by an Appearance on ‘Good Morning America’

McKenna told the Pioneer Press, “I just thought to myself, ‘I’ll never get this opportunity again in my whole life.’ I just went for it.” He added that his family had plans to fly home to Massachusetts on February 5 but his booking to appear on Good Morning America changed that. His father, John McKenna said, “My phone started blowing up. My phone started blowing up… We had the great opportunity to come see the Super Bowl. Never in a million years did we think this would happen.” McKenna said of his experience on GMA, “He just came up, and I just jumped right in there. And he stopped right in our row, so it was perfect.”

McKenna went on to say that his phone practically died after his face appeared on TV. He told the Pioneer Press, “My phone is almost dead. I’ve gotten so many notifications. I’ve got like 36 Snapchats, like 21 DMs, and like 150 follower requests on Instagram… It was already crazy to be at the Super Bowl in the first place. Then all of a sudden I’m up on the jumbotron and everyone is talking about me. I can’t believe it.”

A few hours before the game, John McKenna posted a photo to Facebook showing him and Ryan at the game. John McKenna says on his page that the family lives in Scituate, Massachusetts. He lists his profession as a “Yacht Broker” at South Shore Dry Dock Marine while saying he was the former owner of Bay Racer Marine. Ryan McKenna’s mother is Tracy McKenna.

During his Super Bowl cameo, McKenna was wearing a sweater with the name of the Sunday River ski resort in Maine. NBC Boston reports that the resort is offering McKenna and Timberlake free passes to their facility.

3. Unsurprisingly, McKenna Has Become a Big Hit on Twitter

As with most things at the Super Bowl, McKenna has become a big hit on Twitter. Here are some of the best/funniest messages about his cameo:

This kid doesn’t know what to do with his hands right now ??? #SuperBowl #JustinTimberlake #PepsiHalftime #HalfTimeShow pic.twitter.com/BcHKCippNS

Actual footage of me at social events

4. One Person Has Called on McKenna’s School to Make the Day After the Super Bowl ‘Ryan McKenna Day’

McKenna’s school, Derby Academy, posted a photo on Facebook of their student snapping a pic with Timberlake. The caption read, “Derby representing.” One commenter wrote underneath that the day after the Super Bowl should be known as “Ryan McKenna Day.”

5. Reviews of Timberlake’s Performance Have Been Mixed

Reviews for Timberlake’s performance have been largely mixed. In their review, the Washington Post asked, “How long until the selfie kid becomes a meme and/or international celebrity?” The same review questioned Timberlake’s choice of songs and his use of Prince’s imagery when the late-Minneapolis native had expressed his dislike of hologram technology. 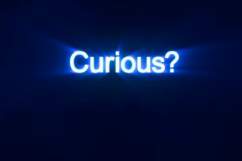