Shaun White has an estimated net worth of $40 million, according to Celebrity Net Worth. The Richest has him quite a bit lower, estimating his net worth to be around $20 million, but that was as of 2012.

White won his third gold medal in snowboarding in PyeongChang, South Korea, on Tuesday, February 13. This was his third medal in the halfpipe event. The decorated Olympian has competed in three other Winter Games: Turin in 2006, Vancouver in 2010, and Sochi in 2014.

White is the wealthiest American Olympian competing in the 2018 Winter Games, according to Business Insider.

1. He Earns an Estimated $10 Million per Year & Has Several Endorsement Deals

After earning Olympic gold medals in 2006 and 2010, White’s popularity sky-rocketed, and he really made a name for himself. That translated to some major endorsement deals coming his way. While White has earned money from winning several competitions over the years, he earns a good chunk of his yearly salary just from these deals.

White currently has endorsement deals with several companies including Burton, Air & Style, Go90, and Beats by Dre. He has also earned money from deals with companies like Red Bull, Target, and Oakley.

Aside from endorsements, White earns money from various tournaments that he competes in throughout the year.

For example, he has won more than 12 X Games gold medals in addition to his two Olympic golds. Beyond that, Celebrity Net Worth reports that White has also competed in various skateboarding competitions (and, yes, he’s brought home gold medals in that sport as well).

In October, White will release a memoir titled F*** It: I’m Here to Win.

In 2016, White expanded his investment portfolio by buying stake in Mammoth Ski Resorts. Adults and children who love snow sports often take advantage of Mammoth Ski Resorts in California. According to its website, 2 million snow-sport-loves visit Mammoth locations every year.

Although he only owns a minority stake, White dropped a whopping $38 million to buy Snow Summit and Bear Mountain, the Southern California resorts, according to the Los Angeles Times.

“As a part owner of Mammoth Resorts, White will help oversee the operation of more than 4,000 acres of skiable land in California, visited by more than 2 million skiers and snowboarders each year. Rusty Gregory, Mammoth Resorts’ chairman and chief executive, said White will play a key role in reinventing the resorts, which have a reputation as homey, local operations without the high-end, ritzy developments found in major Colorado resorts. In particular, White will help expand on the base of young snow enthusiasts and open the mountains to more year-round activities, he said,” according to the Los Angeles Times.

Snow Summit is described as family-friendly. The Southern California destination is known for skiing and snowboarding in the winter, but also provides summer activities such as mountain biking and hiking, according to Mammoth’s website.

Bear Mountain is complete with a golf course and other “innovative terrain parks.” It’s located in the San Bernardino Mountains.

White is completely dedicated to making the Mammoth experience fun for all visitors.

“I’m completely vested in it. I want to do right by the mountain and all the people there,” he said.

Perhaps the most special part is that White actually learned to snowboard on some of the slopes at Mammoth properties.

3. He Owns a $1.6 Million Home in Los Angeles & Owns Several Other Properties, Many of Which He Flips for a Profit

White bought a home in the Hollywood Hills in California, in 2017. The modest $1.6 million house features two bedrooms and two bathrooms. According to Variety, White “purchased a 50 percent undivided interest in the property.”

It is believed that his girlfriend, musician Sarah Barthel, purchased the other 50 percent.

“Set on a leafy lot in Laurel Canyon, the 1920s bungalow has a cozy vibe with walls of built-ins, white-painted ceilings and a wood-burning fireplace. French doors and picture windows take in hillside and canyon views,” the Los Angeles Times reported. The house previously belonged to composer Marc Shaiman.

This past March, White put his oceanfront home in Encinitas, California, on the market. Over the past couple of years, the property, which was rebuilt in 2015, has been rented out. White was collecting about $25,000 per month, according to the Los Angeles Times. White listed the home for $8 million. Public records show that the home was purchased in 2012 for $3.85 million.

According to Variety, White has been known to buy homes, renovate them, and flip them for a profit.

“[In 2017], the superstar athlete sold an unassuming four-bedroom tract house in Carlsbad, Calif., for $1.075 million as well as an oceanfront contemporary in Encinitas, Calif., that went for $7.995 million and a sleek, glassy architectural in the Hollywood Hills he purchased in August 2015 for $6.4 million and sold in July to Shark Tank’s Robert Herjavec for $6.7 million,” Variety reports.

4. His Video Game, Shaun White Snowboarding, Is a Best-Seller & Has His Own Line of Snacks

You can see more in the video below.

Shaun White Downhill DashPlay as one of the world’s most famous athletes, Shaun White, in a quest to get as far downhill as you can without crashing. Tap and hold to find the gaps and slide through at a high-speed. Simple to learn, yet endlessly addictive. – Dodge an assortment of obstacles and collect coins while besting your…2018-01-16T23:14:54.000Z

Aside from the money he earns from video game sales, White also earns money from his interest in Halfpops. In May 2015, he joined forces with Young Snack Brand because he “loved the product.” Halfpops, a popcorn product, come in various flavors including caramel and sea salt and angry kettle corn. You can purchase a bag at your local Target store for about $3.

You can watch him talk about his “crunch” endeavor in the video below.

Shaun White Partners with Young Snack Brand (Halfpops)Learn the story of how the famous gold medalist got involved with a young snack food company based in Bellevue WA.2015-12-30T15:27:19.000Z

5. He & Olympian Lindsey Vonn Are the Most Wealthy U.S. Athletes Competing in the 2018 Winter Games

White isn’t alone when it comes to being a wealthy athlete. While his estimated net worth is more than 10 times that of Vonn’s, both athletes are very well off.

According to The Richest, Vonn’s net worth is estimated to be $3 million — but that was back in 2013. Although Vonn isn’t quite into the entrepreneurial side of things, she is likely worth a bit more than $3 million these days. She is earning a nice chunk of money from her endorsement deals with Under Armour, Red Bull, Beats by Dre, and Proctor & Gamble.

White has even more money coming his way after his big win. American athletes who reach the podium in the 2018 Winter Games will earn some cash along with their medals. Gold medals are worth $37,500, silver medals are worth $22,500, and bronze medals are worth $15,000, according to Fox Business. Vonn will get her chance later in the week. 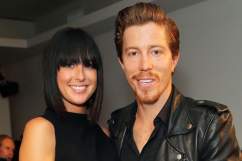