Getty Alabama freshman Collin Sexton has made his presence known on the national level this season.

Collin Sexton has taken the basketball world by storm.

The Alabama freshman nearly broke the internet on March 8 when his coast-to-coast drive just barely beat the buzzer to lift the Crimson Tide over Texas A&M and, now, the potential 2018 lottery pick is ready for his next moment in the spotlight.

He’s got his eyes on an NCAA Tournament berth and plenty of reason to be confident. Here’s everything you need to know:

You’re going to want to watch that one a few times.

Sexton kept Alabama’s NCAA Tournament hopes alive on March 8, driving coast-to-coast in four seconds to drain the buzzer-beating bucket and top Texas A&M in the SEC Tournament. Feel free to scroll back up and watch it again and wonder how one person could get down the court that quickly.

You might also want to listen to the Alabama radio call. It’s the maximum amount of sports feelings in one in-game moment.

So, what exactly were Sexton’s first thoughts when he caught the inbound pass and started running? Easy – move. He told reporters after the game:

We called that timeout, and coach just told me to race it up the floor and get to the basket. He knew how fast I could get there, so he said just get to the basket and get a layup for us. When you’re in the gym sometimes and you just imagine stuff like that happens, and you’ve always got to be prepared for that. When you’re doing home drills and stuff, you weave through and try to get to the basket. So it was just like practice.

It was the kind of play that March Madness is built on, an emotional victory for an Alabama team that has struggled to find consistent offense throughout the season. And, now, might be dancing. 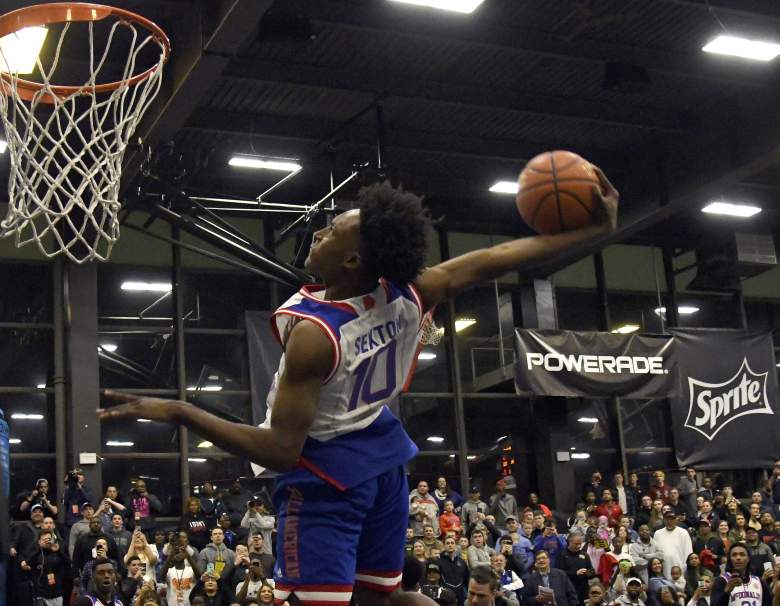 Sexton grew up in Marrieta, Georgia, the son of Darnell and Gia ,with two older siblings – brother Jordan and sister Giuana. And it didn’t take long for the future SEC star to find his competitive edge.

He started playing basketball when he was just three years old and truly hit his stride when he transferred to Pebblebrook High School before his junior year. He led his team to a 2016 Georgia Region 3-6A title and the 2016 Georgia Class 6A state championship game. Sexton followed it up with a 21-8 record his senior year, averaging 32.6 points, 6.3 rebounds, 2.7 steals and 2.5 assists per game.

Sexton also racked up the honors in his final two years of high school. He was named a 2017 McDonald’s All-American and was named to the 2017 Naismith Trophy High School All-America and USA Today All-USA Boys Basketball second team.

3. Sexton Was a Five-Star Recruit Coming Out of High School

After such a dominant career on the high-school hardwood, it was no wonder that Sexton was one of the top recruits in the nation in 2017. He picked up offers from a handful of the top programs, but found himself drawn to Alabama as the crown jewel in one of the Crimson Tide’s best recruiting classes in decades.

The key for Sexton – and his decision to head to Alabama, particularly over Kansas, which was also heavily recruiting him – was his relationship with Tide assistant Antoine Pettway. The former Alabama point guard first spotted Sexton in 2015 at a camp in Tuscaloosa and immediately told his fellow coaches “this guy’s doing stuff college guys are doing. He’s a gifted scorer.”

That relationship only grew over the next few years. Pebblebrook coach George Washington told AL.com:

When coach Johnson and them did their in-home visits, they sat down in the living room and just had conversation with them. And I think one thing that was big to their family was how Alabama just felt like home to them. Every time they went down there, it just felt like home.

In the end, it worked out well as Sexton’s star has only continued to rise throughout his first season with the Crimson Tide.

4. His Name Was Part of the FBI Investigation into the NCAA 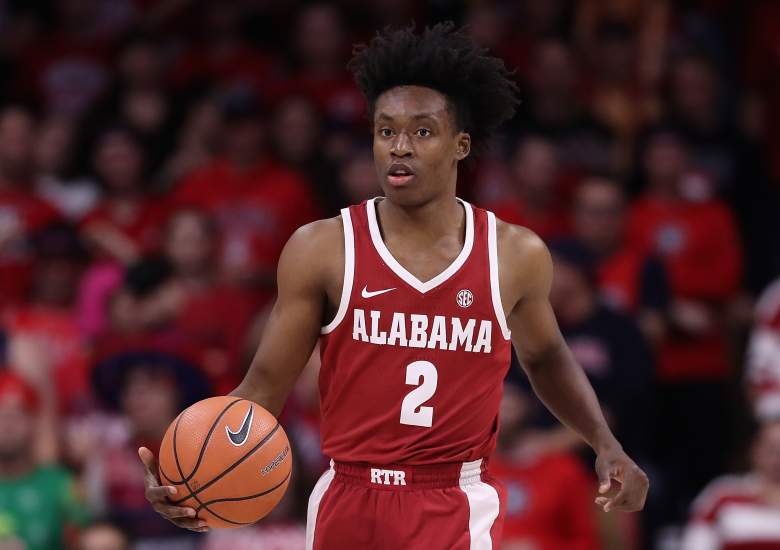 ‌Sexton drew headlines in late February, but hardly for the reason he wanted. The Crimson Tide star’s name was among those linked to the FBI investigation of the NCAA and mentioned in the Yahoo!Sports report that shook the college-basketball world.

According to the report, Sexton was reportedly among those listed to have taken improper benefits from an agent. Sexton reportedly met with Christian Dawkins, a former associate of NBA agent Andy Miller, and while the meeting itself wasn’t against the rules, there could be issues if Dawkins paid for a meal or anything else during that time.

Stu Brown, an Atlanta-based lawyer, told Yahoo!Sports: “There’s nothing wrong with meeting an agent. But then it becomes a question of who pays for the meal.” The details of the meeting were still under investigation during the regular season.

This wasn’t the first time Sexton had been linked with eligibility issues. He missed one game at the beginning of the season for what Alabama called “a violation of team rules.”

5. Sexton Is Projected as a Lottery Pick in the 2018 NBA Draft

There has been plenty of talk about Sexton’s draft stock throughout his freshman season, but his coast-to-coast play against Texas A&M in the SEC Tournament managed to increase his potential even more. The freshman guard is expected to be selected in the lottery of the 2018 NBA Draft and could quickly become a play-maker at the professional level.

The key for Sexton, as Sports Illustrated put it in its February mock draft, is ability to move. He’s constantly shifting and shaking defenders and, most importantly for a 19-year-old, has a strong defensive mind that could be appealing to NBA front offices.

And the stats are there as well – in his first season with the Crimson Tide, Sexton averaged 18.6 points, 3.6 rebounds and 3.7 assists per game.