The first person confirmed dead in the tragic Humboldt Broncos bus crash in Saskatchewan was team coach and general manager Darcy Haugan. Haugan is survived by his wife, Christina, and their two sons, Carson and Jackson.

On April 6, a bus carrying members of the Humboldt Broncos in Saskatchewan collided with a semi-trailer truck along Highway 35 and Saskatchewan Highway 335 close to the town of Armley. The collision occurred at around 5 p.m. local time. The Canadian Press referred to the crash as a t-bone collision. There were 28 people on board at the time. So far, 15 of those people have been confirmed as dead. The other 13 people suffered injuries with three people being treated at the Royal University Hospital in Saskatoon with critical injuries.

Coach Haugan’s death was confirmed on Twitter by his sister Debbie who wrote simply, “My brother didn’t make it.”

The Broncos were traveling to play the Nipawin Hawks in Nipawin in game five of their playoff series. With the Hawks leading the series 3-1, the series was canceled.

Here’s what you need to know about Coach Haugan:

1. Haugan Was Reluctant to Leave His Previous Job as His Sons Had Been Growing Up a Block Away From Their Grandparents

Haugan was unveiled as coach of the Broncos in August 2015. He had been a coach of the North Peace Navigators in the Northwest Junior Hockey League for 12 seasons. According to a post on the website for the Saskatchewan Junior Hockey League, Haugan said, “I have to admit I was very content, very comfortable where I was. We had been able to establish a very successful program and my two boys were a block away from their grandparents. But, when this opened up it was a real easy decision to put my name in and when they called back to offer me the job there was a bit of a lump in my stomach. I’m very honored, very privileged, very humbled, very motivated to live up to the past history of this club.”

On Haugan’s profile on Broncos’ website it says that the coach moved to Humboldt with his family during the Christmas season of 2015. The bio adds that his wife, Christina, works as the team’s office manager. Christina is a native of Rosetown, Saskatchewan.

2. In One Season, Haugan Raised the Broncos From a Second to Last Place Finish to the Playoffs

A Humboldt Journal feature on the Broncos from April 2017 details the team’s rise in stature during Haugan’s time as coach. Haugan raised the team’s position from 11th in the 12 team league to fifth, a playoff position, in one season. The team began the 2017 season with eight wins out of nine games. In the playoffs, the Broncos were swept by the Nipawin Hawks. Haugan was quoted by the Journal after the defeat, “It was somewhat of an eye opener and our guys saw how dialed in they have to be. Obviously we’re taking inventory from the lessons that we learned. Our guys realize that and got a little taste of what it’s going to take. With that being said everybody’s leaving here extra motivated to come back better and ready to go for next year.”

In a report from earlier in the season on the Bronco’s excellent records, Haugan told the Star Phoenix, “We know it’s definitely a marathon and not a sprint. It’s a long season (but) we’ll definitely take this start. Our guys came back with a real hunger and it’s paid off here in September.” 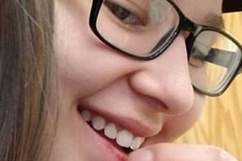 3. In 2015, Haugan Was Awarded Alberta’s Meritorious Award for His Contribution to Hockey

Haugan is a native of Peace River, Alberta. In August 2015, Haugan returned home to collect Hockey Alberta’s Meritorious Award for his contribution to hockey. It wasn’t Haugan’s first award, in 2011, 2012 and 2013, he was voted Coach of the Year while with the Navigators. His total record with the Navigators read as 326 wins, 83 losses and 15 overtime losses, according to the Humboldt Journal.

4. Haugan’s Playing Career Saw Him Play for the Northern Michigan University & in Sweden

Haugan had a varied playing career as a defenseman in minor hockey and Junior A with the Fort Saskatchewan Traders in the Alberta Junior Hockey League. At age 19, Haugan went to play for the Bonneyville Pontiacs, a season later he moved to play with the Estevan Bruins. After that, the coach was offered a scholarship to play at Northern Michigan University but only lasted one season. Haugan would go on to study power engineering and play college hockey at Briercrest College in Caronport, Saskatchewan. Back problems would end Haugan’s professional career early after a season playing in Sweden. In 2003, after spending two years as an assistant coach at the Estevan Bruins, Haugan took on his head coach role at the Navigators. 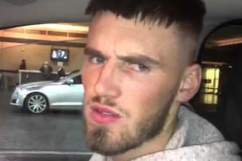 5. Online Tributes Have Been Flooding in for Coach Haugan & the Humboldt Broncos

The tragedy involving the Humboldt Broncos has resulted in a rush of tributes pouring in on social media for the Broncos and Coach Haugan. A Go Fund Me page for the victims of the tragedy has been set up. At the time of writing it has raised over $75,000, of a $100,000 goal.

Our hearts are heavy this morning. The Boston Bruins send our thoughts and deepest condolences to the Humboldt Broncos, their families, and the entire Humboldt community.

The hockey world is with you during this difficult time.

My thoughts and prayers go out to the Humboldt Broncos, their community, families and friends. Such a terrible loss.

My thoughts and prayers go out to the players and families of the Humboldt Broncos Hockey Club involved in that horrific bus accident last night in Saskatchewan.

Thinking of the Humboldt Broncos and our friends in the hockey community at this terrible time. From Toronto to the Prairies, our thoughts and prayers are with you.

USA Hockey sends its deepest condolences to the Humboldt Broncos, the families and the entire Humboldt community. The hockey world is behind you.

Thoughts are back in Sask tonight with the Humboldt Broncos and their families. Terrible tragedy.

I cannot imagine what these parents are going through, and my heart goes out to everyone affected by this terrible tragedy, in the Humboldt community and beyond. https://t.co/2cIn2CTy08