Getty Joel Embiid and the Sixers await their second round opponent.

The Sixers finally know who they’re playing in the second round of the playoffs. When the Celtics finished off the Bucks in Game 7 of their first-round series Saturday night, Boston earned a spot in the conference semifinals against the Sixers. (You can also read our Sixers-Celtics preview.)

Sixers-Celtics Game 1 will take place Monday night in Boston, according to Sports Media Watch, which has a full breakdown of conference semifinal schedules and TV info.

Per Sports Media Watch, here’s the full series schedule: (All game times are TBD; we’ll update this post as soon as the times are released.)

Game 3: Saturday, May 5, at Philadelphia. TV: ESPN or ABC

Boston took three out of four games against Philadelphia during the regular season. It is important to note that all three of the Celtics victories against the Sixers came with Kyrie Irving in the lineup. With Irving out for the season, the Celtics are a bit more depleted. The Sixers won their last matchup in January, and Irving did not play.

The Sixers are coming off a very physical series against the Heat, but were able to dominate the series by winning in five games. Given the physicality of the last series, the Sixers are likely rooting for the Celtics-Bucks series to go seven games. Embiid missed the first two games of the first round as he recovered from an injured orbital bone in his face. Embiid played in the final three games of the series, but is wearing a mask to prevent further injury.

Philadelphia entered the postseason as the hottest team in the league winning their last 16 regular season games. Counting their first round playoff series, the Sixers have won 20 of their last 21 games. The Celtics will face a Sixers team with a lot of momentum on their side. The Sixers became just the second NBA team to advance to the second round. 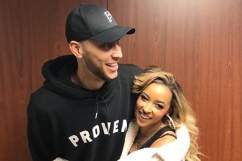