Money in the Bank 2018 is almost here, and its guaranteed to be one of the most talked-about wrestling events of the year. The event will be held at the Allstate Arena in Chicago Illinois on Sunday, June 17th. There will be five title matches, including a male and female ladder match, which will allow the victors a chance at becoming the champion in their respective leagues.

What if you want to order the event on PPV but don’t have a cable provider or TV to do it through? No worries, as we’ve listed a few different ways that you can enjoy watching your favorite wrestlers below.

Even without cable or a TV, you can order the fights through WWE TV, then you can watch them on your computer, phone or other streaming device such as Amazon Fire TV, Apple TV, Roku, Xbox One, etc. Here’s a complete rundown of everything you need to know:

How to Order: To order the fights through WWE TV, you can head to this page and select “WWE Network” in the top right corner. If you do already have WWE TV all you have to do is sign in. If you don’t, you can sign up for a free trial month if you provide your email, name, and credit card information. As long as you cancel within the month, you will not be charged. The stream for Money in the Bank will be made available the day of the event, June 17th.

Where You Can Watch: Once purchased, you can return to the WWE website to watch the fights on your computer. If you want to watch on your phone, tablet or other streaming device, you can do so via the WWE app, which is free to download for the following devices: Roku, Amazon Fire TV or TV Stick, Chromecast, Apple TV, Android phones and tablets, iPads and iPhones, Fire tablets, Xbox One and select Smart TV’s. You can find the full list of compatible devices here.

For those of you who do have cable, you will also be able to watch Money in the Bank 2018 on PPV through the cable providers listed below. If you want to simply purchase the PPV event on your TV, it will cost $44.99.

Money in the Bank 2018 starts at 7:00 p.m. EST. In previous years, the Kickoff Show was what started at 7:00 p.m., but with the recent changes made by WWE, the time appears to have been changed. The 2018 Kickoff Show will start at 6 P.M. EST/3 P.M. PST. You will be able to watch the Kickoff Show on WWE TV, but it will also be made available on the official WWE YouTube page. 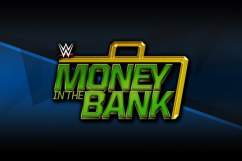