As Shut Up and Dribble documented, former Denver Nuggets player Mahmoud Abdul-Rauf was suspended for refusing to stand for the National Anthem in 1996, and for calling the American flag a symbol of oppression, as well as a reminder of the country’s tyranny.

Abdul-Rauf, 49, continues to play professional basketball today. He’s currently signed to the BIG3 basketball league team the Three Headed Monsters, where he plays point guard. Abdul-Rauf is also an author, having published the memoir Muslim: A Muslim’s Reflection on Democratic Capitalism in 1984.

Two days after his suspension, Abdul-Rauf worked out a compromise with the NBA, whereby he would stand during the playing of the national anthem but could close his eyes and look downward. According to the Los Angeles Times, he was also allowed to stand silently recited Islamic prayer during this time for those who are suffering from different walks of life. “My beliefs are more important than anything,” he explained. “If I have to give up basketball, I will.”

“In no way am I saying that I am compromising what I believe in,” he added. “I don’t feel that in any way I was wrong in my stand. In Islam, if there’s a better approach to things, it’s only wise to take that approach. After looking into what I did, I realize now there’s a better approach and I am willing to take that approach.” Abdul-Rauf was fined for his refusal to stand, however, losing almost $32,000 of his $2.6 million salary. By the time his contract expired in 1998, he was unable to get a tryout with another NBA team. He was 29 years old.

During the Big3 walking the streets in Brooklyn New York

“It’s a process of just trying to weed you out. This is what I feel is going to happen to [Colin] Kaepernick,” he recently told The Undefeated. “They begin to try to put you in vulnerable positions. They play with your minutes, trying to mess up your rhythm. Then they sit you more. Then what it looks like is, well, the guy just doesn’t have it anymore, so we trade him. It’s kind of like a setup.”

“You know, trying to set you up to fail and so when they get rid of you, they can blame it on that as opposed to, it was really because he took these positions,” he continued. “They don’t want these type of examples to spread, so they’ve got to make an example of individuals like this.”

Abdul-Rauf Has Continued to Show Support for Colin Kaepernick

In 1998, Abdul-Rauf signed a two-year, $3.4 million contract with Fenerbahçe of the Turkish Basketball League. He left the team without finishing the season, stating he was going to retire from basketball, but he later signed with the Vancouver Grizzlies for the 2000 season. Three years later, Abdul-Rauf signed with Ural Great of the Russian Basketball Super League. In the decade since, he’s also played for the Italian team Sedima Roseto, the Saudi team Al-Ittihad, and the Japanese team Kyoto Hannaryz.

Abdul-Rauf currently lives in Atlanta, Georgia, and has five children. 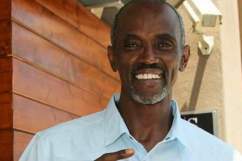 ‘Shut Up and Dribble’: Where Is Craig Hodges Now?