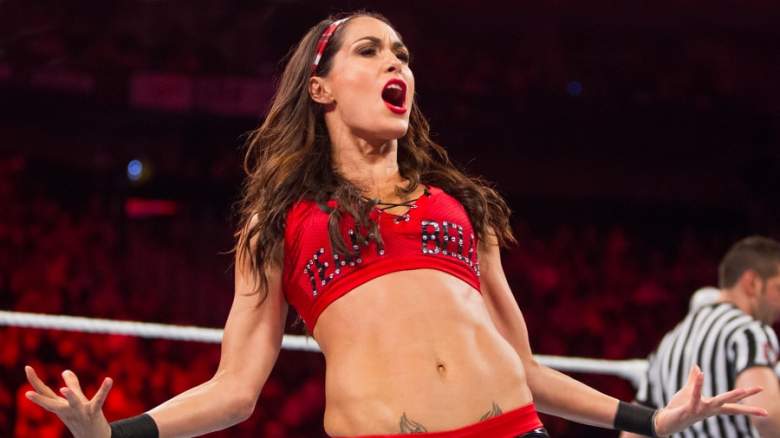 Brie Bella is a WWE superstar who is currently on hiatus from the company. (WWE.com)

The E! reality series Total Bellas is back for its fourth season. The season premieres at 9 p.m. ET, and revolves around the lives of twin sisters & WWE stars Nikki and Brie Bella. The attention that the show has gotten has caused many to look into the fortunes made by the Bella sisters.

So what is Brie Bella’s net worth and salary? How much money is she worth? According to Celebrity Net Worth, Brie has an estimated net worth of $7 million. This is slightly higher than the net worth of her sister Nikki, which is about $6 million. Learn more about how Brie makes her money, and what she likes to spend it on below.

1. She First Gained Attention for Appearing In a Budweiser Campaign

Brie, born Brianna Monique Danielson, landed her first major gig when she and her sister Nikki became the World Cup Twins for Budweiser. As the official sponsors of the FIFA World Cup, Budweiser ran a campaign to promote the event, and the Bella Twins received a tremendous amount of exposure for their looks. They were even photographed holding the World Cup trophy.

According to Sportskeeda, Brie made an estimated $90,500 for her work with Budweiser. The exposure led to the Bella Twins competing in the 2006 WWE Diva Search, but they were cut before the final selections. Brie and Nikki eventually signed to WWE in June 2007, and became popular for their mixed tag team matches, where they teamed with male wrestlers including Kofi Kingston and Robert Anthony. They also made some non-wrestling appearances on Heath Miller’s Happy Hour promo segment.

In terms of salary, Brie reportedly makes $90,500 per year with the WWE. She continues to perform alongside her sister Nikki, with the two of them usually serving as heels and occasionally even feuding with one another. In April 2011, Brie was able to win the Diva’s Championship for herself, holding it for two months before losing the title to Kelly Kelly in June. This is the only time she has held a championship belt.

In the fall of 2015, Nikki Bella had to go on hiatus due to a serious neck injury, forcing Brie to work alone. She was ultimately able to bring her tag team to victory at WrestleMania 32, but immediately after, Brie announced she would be taking an extended break from the company from which she has not yet returned. At the time she said this was for family reasons. She continues to serve as a WWE ambassador, however. In June, Brie spoke to TV Insider about how she’s trying to balance wanting another child with her desire to return to the ring.

“My husband really wants us to get pregnant again. I tell him that in my heart I just really want to come back to have a main story,” she explained. “Whether it’s a month long or two months, six months. I would love that. I think about how much work one kid is. Bringing another in, I can’t imagine. My sister and I are really pushing hard. We would both love to, especially since the last couple of years it was Nikki was there or I was there.” Brie and Nikki made their official return to WWE in September.

3. She Co-Owns the Wine Label Belle Radici & the Clothing Line Birdiebee With Her Sister

Only my family gets me to laugh this hard!! Lol ?? can’t wait for you all to laugh with us this Sunday when @totalbellas premieres!! Season 4 coming at you January 13th 9/8c only on E! ? #laughter #reality #bella #family #entertainment

Brie and Nikki currently own a number of business, including a wine label and a clothing line. The former, known as Belle Radici, was founded in 2017 and accidentally revealed during an interview with the E! Network. “And then we’re trying to launch Birdie Bee and Belle Radici. I just said the name. We didn’t even announce it yet. A wine!” Nikki laughed. “E! gets its [sic] first! Belle Radici, our wine. It’s a really good season. There’s a lot going on.”

“In Italian, Belle Radici means beautiful roots,” states the label’s website. “And the roots of this diverse team of wine professionals run deep. Nikki and Brie Bella’s agricultural youth. Ryan Hill’s family history in farming. Tim Martin and Mark Wiegard’s roots in design and creativity. As a group, this team crafted Belle Radici, a wine created to celebrate our collective love of the earth.”

The sisters also own a clothing line known as Birdiebee. The Birdiebee line includes active wear, leisure apparel and intimates. The most important factor, according to Nikki, is comfortability. “Brie and I being WWE superstars and soccer players before that and really just enjoying working out, we wanted something that’s very leisure,” she told Scottsdale Airpark News. “For so long, we were either in our wrestling outfits or we’d be dressed up for the red carpet events, and I don’t think people realized how much Brie and I love leisure wear. We like being comfortable. We very much have that California vibe to us, so we brought that a lot to Birdiebee.”

4. Her Husband Daniel Bryan Has an Estimated Net Worth of $8 Million

LOVE this lol!!! ??? #Repost @whatlolalikes ・・・ @bryanldanielson and I are joining a band… haha but really … family is all about being our weird selves together | 3 days until the season premiere of @totalbellas only on @eentertainment. #totalbellas

Brie is married to fellow WWE Superstar Daniel Bryan. The couple announced their engagement in September 2013, and were married on April 11, 2014. Bryan has been a member of the WWE since 2000, and according to Co-Ed, he has an estimated net worth of $8 million. That brings the collective fortune of the couple to $14 million.

Bryan has won a number of WWE awards, including the United States Championship, the Intercontinental Championship, 12 Slammys, the WWE Championship, and the World Heavyweight Champion. He’s been exposed to a wider audience as a cast member on Total Bellas with Brie, and has also written a book titled Yes!: My Improbable Journey to the Main Event of Wrestlemania.

On October 5, 2016, the couple announced they are expecting their first child together, and on May 9, 2017, they welcomed a daughter named Birdie Joe Danielson.

5. She Makes An Additional $38K Per Year from Endorsements & Acting Roles On Television

In addition to her WWE career, Brie has become a regular television personality. She’s appeared on shows like Meet My Folks, Ridiculousness, Psych, and the reality series Total Divas. She also acted in the 2016 film Confessions of a Womanizer. In total, Sportskeeda reports that Brie has made an estimated $38K per year from her acting roles alone. That’s not to mention Total Bellas, in which she stars alongside Nikki and her husband Daniel Bryan.

According to Forbes, Total Bellas has had an overall positive effect on the WWE. “WWE attributed its 17 percent growth (23 percent in North America) from the prior year quarter to the impact of certain licensed television series,” the outlet revealed. “In addition to contractual increases in key television distribution agreements.”